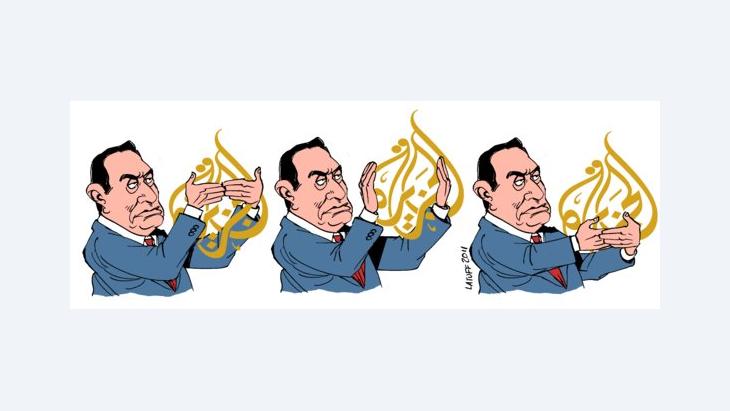 Accessories of the Arab Spring

There's a joke making the rounds in the Middle East these days: three of Egypt's former presidents, Gamal Abdel Nasser, Anwar el-Sadat, and Hosni Mubarak, meet in hell and ask each other how they fell. Nasser replies "poison"; Sadat says "assassination"; and Mubarak answers "Al Jazeera."

During the 15 years that it has broadcast from Qatar, Al Jazeera has served as far more than a traditional television station. With its fearless involvement in Arab politics, it has created a new venue for political freedom, which has culminated in its unreserved support for Arab revolutions.

Al Jazeera has pushed the boundaries of information by providing live coverage of major developments in the Arab world and elsewhere. It is a platform for political and religious opposition groups in the Arab countries. It hosts Israeli spokespersons and embraces state-of-the-art broadcasting techniques. In short, it has become a global brand and a role model for other Arab media. 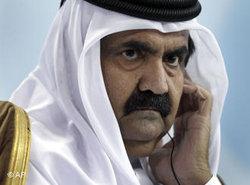 Politically audiacious: Under ruling emir Hamad bin Chalifa Al Thani, Qatar has created strong links with both Israel and many Islamist movements, including Hamas and Hezbollah

​​Success breeds confidence, but it also attracts envy. Al Jazeera has no shortage of enemies, from the most radical Islamic fundamentalists to American and Israeli intelligence gatherers. And, between these two extremes, there is fierce debate over whether Al Jazeera is friend or foe.

Liberals who welcome it as a beacon of freedom and progress in the Arab world confront those who accuse it of Islamism and religious radicalization. Islamists who praise it as a platform for their own views must deal with the fact that it also offers a voice to Israelis. Al Jazeera journalists are household names; they also suffer more harassment, imprisonment, and fatalities than their colleagues at other major news organizations.

Al Jazeera is not a tool of the CIA, Israel, or Al Qaeda. Rather, it is the sophisticated mouthpiece of the state of Qatar and its ambitious Emir, Hamad Al Thani. Simply put, the Al Jazeera success story would not have been possible without Qatar's backing. For Al Thani, Al Jazeera is integral to the national "branding" of Qatar and its foreign-policy aspirations.

The motivation for these aspirations is unclear, but a number of ideas are worth pondering. After deposing his father in a palace coup in 1995, Al Thani was suddenly confronted with a hostile Saudi Arabia and Egypt, whose elites despised the ambitious young ruler and preferred his more timid father. Qatar was perceived as increasingly rebellious, routinely defecting from the collective and mundane line of Gulf countries' politics – inviting further pressures from the "big brothers."

In response, under the young Emir's firm hand, Al Jazeera delivered a more assertive line of criticism against governments, such as those of Egypt and Saudi Arabia, that other Arab mainstream media would do their best to avoid alienating. 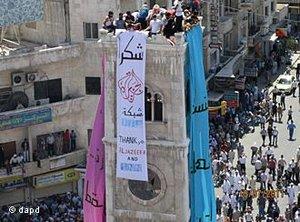 "Voice of the voiceless throughout the Middle East": In this citizen journalism image, Syrian anti-government protesters hang a banner in Arabic that reads:" thank you Al-Jazeera and Shaam News Network", during a rally in the central city of Hama, Friday, July 15, 2011

​​Having received carte blanche from Qatar's political leadership to support the Arab revolutions, Al Jazeera became fully engaged in live coverage of events in Tunisia, and then in Egypt, by relying on social-media networks away from the eyes of local security officials. Its coverage was filled with Arab masses declaring their demands to the world.

Banned from local media and mostly on the run, revolutionaries used Al Jazeera to reach – and mobilize – their own people. The channel canceled its regular programs, and was transformed into a round-the-clock workshop of live news and interviews, switching from one revolution to another.

So, while the Arab Spring has been a genuine popular uprising against decades of corrupt and oppressive authoritarian regimes, its rapid spread, which caught almost everyone by surprise, was due in part to the influence of Al Jazeera, which became the voice of the voiceless throughout the Middle East. As for Qatar itself, Al Thani provided various forms of support to all of the Arab revolutions, except in Bahrain, where the Saudis and, more pointedly, the Americans, drew a very sharp red line. 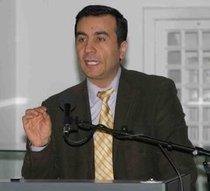 ​​Al Thani's political audacity stems partly from Qatar's enormous gas resources, which have allowed him to develop vigorous policies in all areas, especially in foreign affairs. Protecting himself and Qatar by hosting the largest American military base outside the United States, his strategy has been to wrest control from regional third parties who might otherwise dominate the smaller Gulf states.

At the same time, Qatar has created strong links with both Israel and many Islamist movements, including Hamas and Hezbollah.

It has been an aggressive and risky foreign policy, but Al Thani clearly believes that he can fill a regional leadership vacuum. His support, via Al Jazeera, of the Arab Spring's revolutions – and of the new generation of leaders that they have spawned – has only strengthened Qatar's position.

The falling regimes consistently maintained that Al Jazeera wasn't neutral. They were right.

The Kurdish YPG militia did the heavy lifting in the fight against the "Islamic State", yet many foreign YPG adherents, including Germans, have come home to find themselves under ... END_OF_DOCUMENT_TOKEN_TO_BE_REPLACED

The terror attacks in Paris, Brussels and Berlin were all carried out by men radicalised in jail. In Germany, politics and the judiciary are trying out new approaches to prevent ... END_OF_DOCUMENT_TOKEN_TO_BE_REPLACED

The assassination of the Iranian general Qassem Soleimani in a surprise U.S. drone strike is being used by the Islamic Republic of Iran to political ends, says Iranian journalist ... END_OF_DOCUMENT_TOKEN_TO_BE_REPLACED

With "Assad or We Burn the Country", Sam Dagher has furnished the world with some genuine ammunition against the Syrian regime's on-going campaign of disinformation. The only ... END_OF_DOCUMENT_TOKEN_TO_BE_REPLACED

There are only a few thousand Aramaic Christians left in south eastern Anatolia. And they are intent on preserving their ancient culture dating back one-and-a-half millennia. ... END_OF_DOCUMENT_TOKEN_TO_BE_REPLACED

Basma, Jad and Ma'zooza are about to join the Sesame Street family. The trio of new Arabic-speaking characters will help teach children in the Middle East to read and write, as ... END_OF_DOCUMENT_TOKEN_TO_BE_REPLACED
Author:
Khaled Hroub
Date:
Mail:
Send via mail