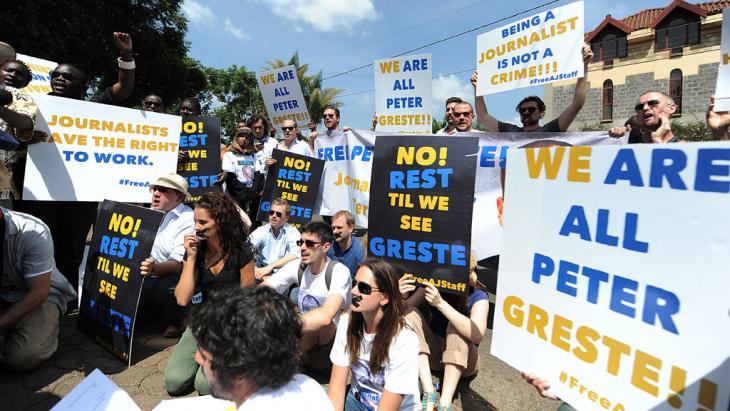 Employees of the Al Jazeera news channel are currently on trial in Egypt. The prosecution has accused them of being members of a terrorist organisation. Markus Symank reports from Cairo

The big pile of paper on lawyer Ahmed Ezzat's desk is the official indictment against 20 journalists from the news channel Al Jazeera, who have been in court in Cairo since Thursday, 20 February 2014. The indictment lists many serious accusations, from "spreading false news" to "membership of a terrorist organisation". According to Ezzat, however, the indictment contains no indication of hard evidence to back up the allegations.

Ezzat, the director of the legal unit at Egypt's Association for Freedom of Thought and Expression, considers the trial a political one. He accuses the government of mobilising against the freedom of the press: "They want to control everything and restore order on the streets. And to achieve that, they're trying to silence all disagreeable voices."

The trial of the Al Jazeera employees is not the only case against journalists in Egypt. At least 11 other reporters and cameramen are currently in prison on similar charges. The high level of attention being paid to the Al Jazeera case is partly because four of the defendants are foreigners: an Australian man, a woman from the Netherlands, and two British men. 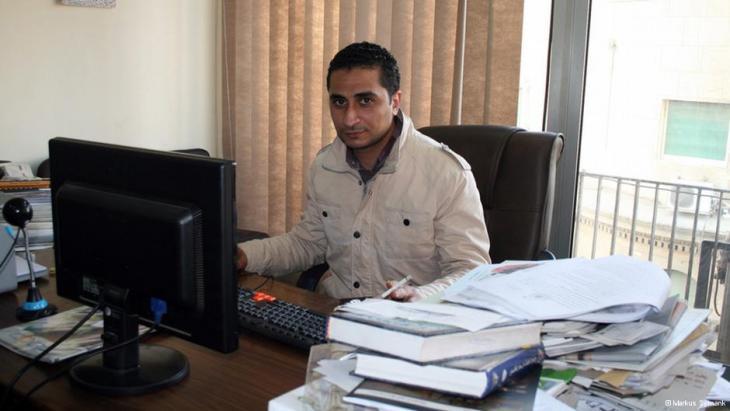 According to lawyer Ahmed Ezzat, the Egyptian government is determined to restore order on the streets. In order to do so, it is going to great lengths to silence dissenting voices, including those of foreign journalists

Three of them are not in the country; only the award-winning Australian reporter Peter Greste is being held in a high-security prison in Cairo. Since the army ousted President Mohammed Morsi, foreign journalists have come under increasing scrutiny by the Egyptian authorities. "The security forces are not only arresting them, beating them and destroying their cameras," says Ezzat. "They're also stirring up public opinion against them." In the past month, army supporters have brutally beaten several foreign journalists, including two working for the German public broadcaster ARD.

Ahmed Ezzat describes the current behaviour of those in power as "schizophrenic": on the one hand, he says, they are going to great lengths to give the West the impression that they are a democratic government; on the other, their repressive treatment of the domestic press – and also increasingly of foreign journalists – shows a very different side to them.

The subject of the Al Jazeera case is hotly debated among Egyptian journalists. Newspapers and TV channels allied with the state are entirely behind the government, accusing foreign journalists of a wide variety of crimes. For them, Al Jazeera tops the list of the most-hated news channels in Egypt.

The emirate of Qatar, where Al Jazeera is based, has close links to the Islamist Muslim Brotherhood, to which the ousted president Mohammed Morsi belongs. The government had local employees of the channel arrested in Cairo as early as last summer. Al Jazeera lost its broadcasting licence a short time later; reporters then had to operate illegally. 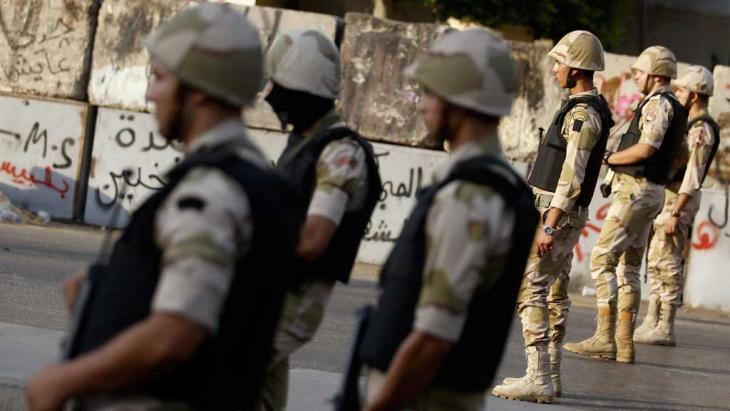 Climate of repression: the trial of Al Jazeera employees is just one part of a wider picture of repression in Egypt since the military coup against President Mohammed Morsi in July 2013. Other aspects include the bloody crackdown on protests of Muslim Brotherhood supporters outraged by the ousting of the former president

A journalist from the privately owned newspaper "Al-Masry Al-Youm", who would like to remain anonymous, suspects that this is the only thing they will be able to pin on the defendants. "I think it's a mistake on both sides. The Al Jazeera journalists didn't have work permits. But that's also due to a failure on the part of the government." Numerous other foreign reporters are currently working without permits, as the authorities often ignore applications or only process them after a long delay.

The "Al-Masry Al-Youm" journalist is perfectly open about the fact that he has no sympathy for Al Jazeera. But he does consider the government's actions dangerous: "Freedom of the press is going through a difficult phase in Egypt. It has become very awkward to express a deviating opinion, whether as an individual or as a newspaper."

The lawyer Ahmed Ezzat says the motivation for the Al Jazeera trial is to scare both foreign and Egyptian journalists. He points out that several of the defendants are being held in solitary confinement, like terrorists. One of them, Mohammed Fahmi, was refused medical assistance for a broken shoulder for weeks.

Ezzat warns that the government might try to set an example. In recent months, he says, sentences have been handed down in other trials despite a lack of credible evidence. "This is a very dangerous development. People used to trust the justice system in the past; they saw it as the last bastion against the regime's oppression." That, he says, is no longer the case.

Home
Print
Newsletter
More on this topic
Interview with Hani Shukrallah: "Egypt's Media Are Propaganda Machines"Muslim Brothers as Victims: ''25 TV Stations Are Working against Us''Arab States in Transition and the Role of the Media: Why We Should Pay More Attention to Arab Media
Related Topics
Al Jazeera, Freedom of the press, Media in the Arab World
All Topics

Political analyst Taqadum al-Khatib argues that Egypt can, in co-ordination with its European partners, develop a common vision to solve the complex conflict in Libya. For this to ... END_OF_DOCUMENT_TOKEN_TO_BE_REPLACED

The upheavals of the past year in the MENA region are arguably as momentous as those of the Arab Spring in 2011. Yet perhaps the biggest difference is that our interest seems to ... END_OF_DOCUMENT_TOKEN_TO_BE_REPLACED

In 2019, the long-running Penguin Classics series released its first novel translated from Arabic: Tawfiq al-Hakim’s "Return of the Spirit", conveyed into English by William ... END_OF_DOCUMENT_TOKEN_TO_BE_REPLACED

Equality in divorce, a ban on polygamy: reformers of Islamic family law have a clear agenda. They are exploiting the ambiguity of traditional jurisprudence. By Joseph Croitoru END_OF_DOCUMENT_TOKEN_TO_BE_REPLACED