Yemen has recently become a haven for al-Qaeda. Yet a few years ago the organisation had seemingly petered out, the leaders of the old guard either in prison or dead. Albrecht Metzger has background details 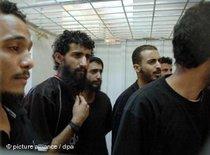 "They don't know who they're fighting." – The younger al-Qaeda generation in Yemen directs its terror randomly at all individuals and instructions it labels "enemies of Islam"

​​ The US embassy in Sana'a is a veritable fortress. The street on which it is located is blocked off entirely; employees and visitors have to pass through several checkpoints before they even reach the entrance.

In front of the first checkpoint are two army jeeps with machine guns at the ready, pointed threateningly at the sky. Not an inviting area for a former bodyguard to Osama bin Laden, one might think.

But that doesn't bother Abu Jandal; he has lived in this part of town for years and feels safe here. "The Americans are cowards," he says. "I like to challenge them." The short, stocky man is wearing a smart green jacket and a pressed white shirt. He smells of aftershave.

Abu Jandal went to Afghanistan in 1996. "I was 23 years old. I met Osama bin Laden in Afghanistan and joined al-Qaeda. After four months of training he made me his chief bodyguard."

"The Sheikh", as Abu Jandal calls him with reverence, pressed a gun into his hand and said: "There are two bullets in it. Make sure they never take me alive." 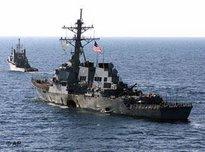 The suicide attack in the US navy destroyer USS Cole in the port of Aden in October 2000, killing 17 US sailors, was orchestrated by the terror network al-Qaeda

​​Presumably Abu Jandal would still be looking after Sheikh Osama somewhere in the mountains between Pakistan and Afghanistan today, had his wife's kidney disease not made him return to Yemen in 2000. A few weeks later, a small boat loaded with explosives rammed the American navy destroyer USS Cole, anchored at the Yemeni port of Aden.

Seventeen sailors and the two suicide attackers were killed in what was one of al-Qaeda's most spectacular attacks prior to 11 September 2001. The Yemeni security services immediately began rounding up anyone who had anything to do with al-Qaeda. Abu Jandal was one of them.

He was picked up at Sana'a Airport, where he had planned to leave for Syria, going on to Afghanistan. He spent 22 months in prison, thirteen of them in solitary confinement. He was never brought before a court.

Then the Yemeni government offered Abu Jandal a deal: if he renounced the armed struggle he would be a free man. He agreed – and has kept his side of the bargain to this day.

In the service of jihad

Yemen had always been a perfect recruiting ground for young mujahideen – Abu Jandal is a good example. Yet he comes from a generation that has made its peace with the Yemeni government and only fights for Islam on the verbal front.

There are others who still hold high the idea of armed struggle against the enemies of Islam. Until recently their actions generally went unnoticed by the rest of the world. They used the Yemeni hinterland to prepare attacks in Saudi Arabia and Yemen itself. 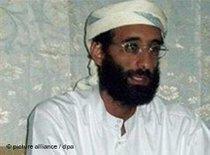 ​​That undisrupted peace is over now. Since the Nigerian student Umar Farouk Abdulmutallab tried to crash a Northwest Airlines plane over Detroit Airport on Christmas Day of 2009, the world has trained its eyes on Yemen.

Abdulmutallab had previously spent several months in the country being trained for his attempted suicide bombing, as he has said himself. Several days afterwards, the Yemeni branch of al-Qaeda published a statement on the internet, claiming responsibility for the attempt and warning there were many more potential suicide bombers currently in Yemen.

As a reaction, the USA is now determined to intensify the anti-terrorism campaign in Yemen, supporting the government in setting up a special anti-terrorism unit.

The success of this project is dubious; al-Qaeda has put down roots in Yemen. The new generation of jihadists rejects any deals with the Yemeni government. They attack random tourists and engage in gun battles with the army.

Even Abu Jandal, still a believer in the legitimacy of militant jihad, distances himself from their methods. "The new generation is very dangerous," he says. "We thought our actions through, but they attack anyone and everyone, no matter whether they're brown or yellow, Polish, Russian or American. They have no strategy, all they know is fighting and nothing else. They don't know who they're fighting."

Yet a few years ago, the organisation seemed to have petered out. The leaders of the old guard were either in prison, had renounced the struggle – like bin Laden's former bodyguard Abu Jandal – or they were dead. There were no bombings whatsoever in 2004 and 2005, with nothing hinting at a reawakening of al-Qaeda. 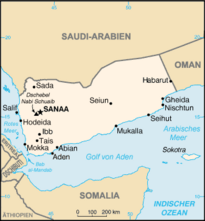 New stronghold of Wahhbist Islamic fundamentalism? In the south of the Arab Peninsula, Yemen has increasingly become a nerve centre of al-Qaeda sympathisers and activists

​​However in February 2006, 23 al-Qaeda members escaped from a high-security prison in Sana'a. Presumably aided by prison guards, they had dug a tunnel leading directly into a mosque. Only six of the 23 escapees remained on the run six months later, the rest either dying in exchanges of fire, being caught again or handing themselves in to the security forces of their own accord.

The remaining men included Nasir al-Wahayshi, an ambitious jihadist who has since been working to anchor al-Qaeda firmly in Yemen. He was officially appointed head of the organisation in June 2007. Since then there have been repeated bombings, including an attack on the US embassy in Sana'a in September 2008, killing 16 people.

Abu Jandal, the former bodyguard to Osama bin Laden, was an eyewitness to the attack. He heard an explosion and went out onto the street to see what had happened. The attackers set off two car bombs and then exchanged fire with the security staff. They did not get any further than the first checkpoint.

"The attack was weak," says the former bodyguard with contempt. "They have no military experience. If an American had died at least! But they only killed Yemenis. Where does that get anyone?"

There are various reasons behind the radicalisation of the new generation. First and foremost are their experiences in jail. Many al-Qaeda members claim they were tortured in prison – not unlikely given the human rights situation in Yemen.

The consequences of torture

This experience seems to have bonded the jihadists together and strengthened their resolve to use violence against the regime. In prison they met up in study groups to discuss the Qur'an. 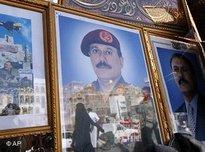 Jihadists had no problem with the Yemeni government under President Ali Abdallah Salih in the 1990s, with freedom of movement for returnees from Afghanistan

​​The more radical among them used this opportunity to influence the others. One escaped al-Qaeda member alleged to have been involved on the attack on the American embassy in September 2008 said in a press interview: "The operations taking place in Yemen are the reactions of young people tyrannised by torture in the prisons."

Secondly, the geopolitical situation has changed. In the 1990s, jihadists had no problem with the government under President Ali Abdallah Salih, with freedom of movement for returnees from Afghanistan. Then came 11 September 2001, and the regime felt forced to cooperate with the USA in the war on terrorism.

Surviving the death of their leaders

There were random arrests at even the slightest suspicion of links to al-Qaeda – making the regime a lackey to the West in the eyes of the terror network.

The pressure on al-Qaeda in Yemen will intensify in the coming months. The USA will no doubt attempt to assassinate the network's leaders, as it has done in the past. The only question is whether al-Qaeda will collapse again this time as it did in 2002.

"I don't think the problem can be solved with rockets alone," comments Gregory D. Johnsen, a US expert on Yemen who writes a weblog about al-Qaeda in Yemen. "We are well past that point. The new generation of al-Qaida has built a solid base in Yemen. They would survive the death of their leaders."

Albrecht Metzger has an M.A. in Islam Studies and works as a journalist focusing on Islamism.

Yemen
A Fragile Unity
The foiled Detroit bomb plot showed that terror groups such as al-Qaeda are increasingly using Yemen as a place of retreat. The main reason behind the situation is the country's political instability. Klaus Heymach reports

Koran School for Women in Yemen
Amid the Daughters of the Prophet
In her report Rosa Gosch writes about her experiences at Dar az-Zahra, a Koran school for women in Yemen, where reciting in public and preaching is an important part of their training

END_OF_DOCUMENT_TOKEN_TO_BE_REPLACED
Social media
and networks
Subscribe to our
newsletter