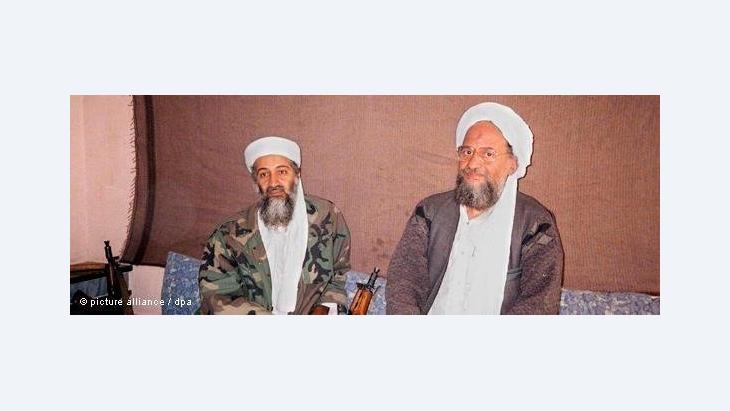 Although it may seem that Al Qaeda has been largely unsuccessful in its political projects, after 2001 the effects of terrorism and counter-terrorism have become issues that will occupy the USA and Europe for a long time to come. An analysis by Guido Steinberg

Ten years after 9/11 the fight against Al Qaeda seems decided. Osama bin Laden was assassinated in his Pakistan hideout in May 2011, his organisation has been weakened considerably through the loss of almost all of its established leaders, and the unrest in the Arab world has shown all too clearly that Al Qaeda's ideology does not appeal to many young Arabs any more.

Nonetheless, in the coming years Islamist terrorism will remain a noteworthy threat in South and Central Asia, the Arab world and Europe.

This is primarily due to mutations that have taken place in the organisation of the jihadist group since 2001 that have enabled Al Qaeda to remain functional even in case of the elimination of its central leadership.

Foremost among these changes are the regional Al Qaeda offshoots in Yemen, Iraq and Algeria, which act autonomously in the name of the parent organisation. In addition there is the jihadist scene in Europe, where Al Qaeda and similar organisations have experienced an increasing intake since 2001, making the influence of their ideology much more widespread than it was ten years ago.

It is possible that Al Qaeda will no longer be able to control the actions of these organisations directly in future, but certainly the terrorist activity in Europe will not abate for a while yet.

Donations from the Gulf Region 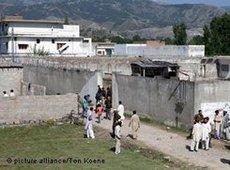 Severe blow to Al Qaeda: After years of pursuit, US special forces assassinated Bin Laden in May 2011 in Abottabad in northeast Pakistan, where he had evidently been hiding for several years

​​The death of Bin Laden was a very serious loss for Al Qaeda, the true effects of which will only be shown in the long term, as his influence on the daily business of Al Qaeda seemed to have diminished since 2001. Nonetheless, the Saudi possessed considerable charismatic power which attracted many young recruits and financial support.

Al Qaeda is still financed today chiefly by donors from the Gulf Region, so it is essential for the survival of the organisation to present a Saudi leader at its forefront. It cannot be expected of Saudi Arabian donors to support a group that is dominated by Egyptians. However, so far no suitable candidate has come forward for the position. If this should cause the capital flows from the Gulf to Pakistan to recede, Al Qaeda may find itself in a tough spot financially.

Even more critical for the organisation's short-term development is probably the loss of several of its leaders in the tribal regions of Pakistan, around two dozen of whom have been killed since the USA intensified its drone strikes against Al Qaeda in 2008. The most recent fatality was Atiyatallah Abu Abdarrahman from Libya, second in command to Zawahiri. It is questionable whether Al Qaeda can compensate for these losses.

Since 2003 Al Qaeda has benefited from the many regional groups throughout the Arab world that have affiliated themselves with the organisation and taken on its name. This makes Al Qaeda appear to be a worldwide network, although in fact these groups function largely autonomously.

The Al Qaeda group founded in Yemen in 2009 has followed very closely the principles of the parent organisation, while the Iraqi and Algerian Al Qaeda branches operate much more independently.

Arab poorhouse and safe haven for Al Qaeda terrorists: Yemen's central government is weak in the face of a Shiite rebellion in the North, a secession movement in the South and one of the most active offshoots of Al Qaeda in the remote hinterlands

​​These three organisations have gained autonomous significance through the crippling of the central Al Qaeda base in Pakistan, and profit additionally through the unrest that broke out in the Arab world in 2011. The fall of the regimes in Egypt, Libya and Tunisia and their weakening in Syria and Yemen provides the jihadists with new opportunities for operations.

The Yemeni Al Qaeda seems to pose the greatest threat. In December 2009 it was the first Al Qaeda subsidiary to attempt to carry out a terrorist attack in the USA when a suicide bomber tried to ignite explosives hidden on his person whilst landing at Detroit Airport.

The failed assault by means of parcel bombs in two cargo planes in October 2010 can also be traced back to this organisation. Due to the weakness of the central government it has been able to expand its bases in south Yemen since spring 2011, controlling entire villages in some cases.

In Iraq the regional Al Qaeda group is merely a shadow of its former self; however, it continues to have the ability to perpetrate stirring and lethal attacks in several parts of the country. It benefits from the only rudimentarily functioning new Iraqi state and is likely to become more active after the withdrawal of American forces towards the end of 2011.

The most volatile areas are those where Kurdish and Arab settlements border each other and tensions have existed for years. If these disputes are to escalate in 2012, Al Qaeda will capitalise on this and once again become a threat to the fledgling Iraqi state, as it was from 2003 to 2008.

Finally, the Algerian Al Qaeda could be said to constitute the greatest immediate threat to Europe due to the fact that it has a base of supporters wherever Maghrebi immigrants live. However, it faces the problem that the Algerian regime has proved to be stable thus far. While the group is still able to carry out sensational attacks from time to time, it cannot fulfil its goal of becoming more active in neighbouring states, with the exception of secluded Mauritania.

Since the beginning of the Iraq War in 2003 Al Qaeda has recruited increasing numbers of European jihadists and perpetrated several major attacks on the Old Continent. In Europe in particular we can observe the consequences of a pervasive internationalising process that has shaped the character of the jihadist movement at large and has made it a nearly global-scale phenomenon. 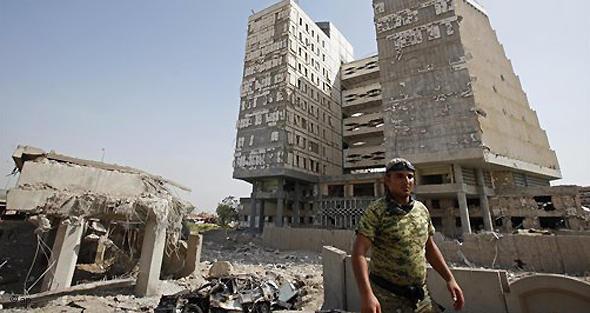 Trail of blood: After bombing several government buildings in Baghdad in August 2009, leaving over 100 dead and more then 1,000 injured, the Al Qaeda terror network is still active in Iraq and likely to become more active after the withdrawal of American forces towards the end of 2011

​​After 2001, the ideology espoused by Al Qaeda gained an increasing following within Europe, spreading to groups that had at first resisted. Until 2001 Al Qaeda was a primarily Arab phenomenon and it was only later able to win over increasing numbers of Pakistanis, Kurds, Afghans and Turks in the European diaspora, as well as European converts.

The most dynamic scene in Europe was established from 2007 onwards in Germany, when for the first time ethnic Turks, Kurds and also converts made their way to Pakistan to become part of Al Qaeda and similar organisations.

Out of the over 200 young German men who went to jihadist training camps in the last ten years, the majority have found their way to Pakistan since 2007. It is due chiefly to the activists who return from these camps that the terrorist threat in Germany is so much greater now than it was ten years ago.

However, not only the ethnic and national heritage of jihadists has changed. In Germany, the Al Qaeda ideology is attracting more and more young people from an underclass of immigrants, a great number of whom have only had a basic education and previous involvement with drug dealing and petty crime.

This development has two outcomes: On the one hand, their terrorist attempts seem unsophisticated and often fail or are prevented in time. They do not pose a great danger.

On the other hand, this development is worrying nonetheless, as there are hundreds of thousands of young second- or third-generation migrants who have comparable life stories, providing a large scope for jihadist recruitment.

Although it may seem that Al Qaeda has been largely unsuccessful in its political projects, after 2001 the effects of terrorism and counter-terrorism have become issues that will occupy the USA and Europe for a long time to come.

According to the new CIA Director David Petraeus, after the killing of Bin Laden Al Qaeda is now much weaker than it was ten years ago at the time of the attacks of 9/11

​​A crucial observation with respect to the treatment of this issue in future is that Al Qaeda did in fact become increasingly weakened when the US government revised some of the worst mistakes and overreactions of the Bush Administration. Examples were the withdrawal of troops from Iraq initiated by the Obama Administration, the planned closure of Guantanamo and the abandonment of torture when interrogating suspected terrorist inmates.

At the same time, it must be noted that the Bush Administration had already begun in 2008 to place its primary focus on the situation in Afghanistan and Pakistan and to concentrate on combating Al Qaeda in these areas. The use of drones in the Pakistani retreat areas became the most important instrument against Al Qaeda.

The Obama Administration has thus shown how to successfully fight terrorism: by avoiding overreactions, putting emphasis on a strong intelligence service and resorting to military violence in controlled doses only when it cannot be avoided.

Guido Steinberg is a doctor of Islamic Studies and an associate of the German Institute for International and Security Affairs (SWP) in Berlin. Up until October 2005 he worked as a terrorism expert for the German Federal Chancellery. In the SWP he investigates the politics of the Middle East with a focus on the Arabian Peninsula, Iraq and Islamic terrorism.

Research project "The Global Qur'an", brainchild of Professor of Islamic Studies Johanna Pink and sponsored by the European Research Council, analyses the history and ... END_OF_DOCUMENT_TOKEN_TO_BE_REPLACED

As the Western world emerges from a holiday season made less festive by COVID-19, millions of children in Afghanistan are starting 2022 facing the prospect of famine, illness, and ... END_OF_DOCUMENT_TOKEN_TO_BE_REPLACED

A wedding extravaganza of bright colours, flowers, feasting and dancing, yet the bride, Nefie Eminkova, who comes from Bulgaria's Pomak – Muslim – minority, can see none of it. ... END_OF_DOCUMENT_TOKEN_TO_BE_REPLACED

Every year in December, the team at Qantara.de takes a look back at the articles that proved most popular with our readers. This year is no different. Here is a run-down of the ... END_OF_DOCUMENT_TOKEN_TO_BE_REPLACED

Jesus – Issa in Arabic – doesn’t merely enjoy the highest place among the prophets in the Koran. He is also revered in Islam’s mystical tradition for his message of love and mercy ... END_OF_DOCUMENT_TOKEN_TO_BE_REPLACED

The military in Sudan has never waged war against a neighbour, but it has already staged 17 coups. Tens of thousands of people are risking their lives to oust the military by ... END_OF_DOCUMENT_TOKEN_TO_BE_REPLACED
Author:
Guido Steinberg
Date:
Mail:
Send via mail

END_OF_DOCUMENT_TOKEN_TO_BE_REPLACED
Social media
and networks
Subscribe to our
newsletter