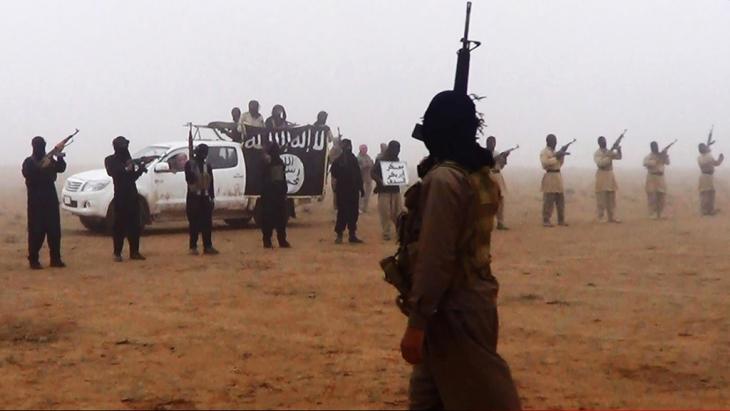 Turning away from the Distant Enemy

In contrast to their earlier tactics, militant jihadists are increasingly turning away from attacking the West to concentrate on more local and regional targets. Albrecht Metzger reports on the current change of strategy in the activities of Al-Qaeda and its allies

It was as recently at the beginning of this year when terrorism research centres were complaining about their dwindling resources. Back then, those responsible for funding such things were evidently beginning to believe that the Al-Qaeda threat had sufficiently receded over the three or four preceding years and no longer warranted the intensive use of research resources. Then, along came the Boston attacks of last April, the work of two Chechens living in the United States, in which three people were killed and hundreds more injured. Since then, money has become available once more.

The US recently issued a terror warning for large parts of the world: Ayman al-Zawahiri, long-time companion of Bin Laden and current leader of Al-Qaeda had apparently threatened to carry out attacks on Western targets. More than twenty American embassies were closed, and the German government followed suit by closing its embassy in Yemen.

In the face of all of this, just how dangerous is Al-Qaeda today? What has changed since the death of Bin Laden two years ago? There is no shortage of international terror experts ready to exaggerate the danger, only a very few do the opposite. Peter Neumann, head of the "International Centre for the Study of Radicalisation and Political Violence" at King's College in London and Guido Steinberg, senior research fellow at the Institute for International and Security Affairs in Berlin are two of the most respected German terrorism experts. Both believe the current situation represents a turning point in the history of Al-Qaeda.

For both, the lack of a central headquarters with the authority to issue commands to individual units down the command chain is the decisive factor. Good news for the West. Both Neumann and Steinberg see the prospect of imminent large scale terrorist attacks on American or European soil as rather unlikely. 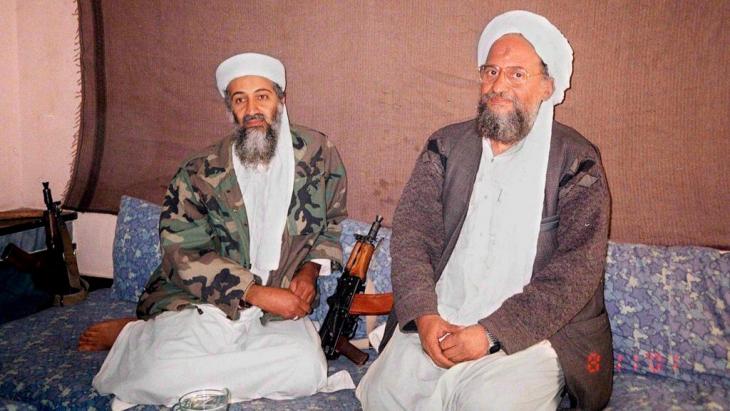 Godfathers of Terror: Osama bin Laden and his successor Ayman al-Zawahiri, photographed in November 2001 at a secret location in Afghanistan. Since Bin Laden's death at the hands of US soldiers in Pakistan in 2011, al-Zawahiri has led the Al-Qaeda network

"The chances of something like 9/11 happening again is, I believe, highly unlikely," says Guido Steinberg. Attacks of that magnitude require a degree of planning. Those involved need to be trained and that requires training camps. Prior to September 11 2001 these camps were located in Afghanistan, later in the ruggedly impassable terrain of Waziristan on the Afghanistan-Pakistan border. And, of course, such operations require money.

But the training facilities are gone and the money has dried up. Almost all of the old Al-Qaeda leaders are either dead or in captivity, the training camps have been closed down. No leadership means no money. Those who would be willing to fund terrorist activities, financiers in the Gulf States for example, are no longer sure of where to send their money.

They know what has to be done

None of this is meant to suggest for one moment that Al-Qaeda is dead and buried. It is simply that Salafist jihadis have turned their attention to local and regional conflicts, and away from the "distant enemy", in particular the USA. For some of these Salafist jihadi groups, the association with Al-Qaeda can be counterproductive. They know very well that such a link is likely to bring them to the attention of US counterterrorism screeners. In any case, for such smaller scale activities they do not need any orders from command headquarters, they know themselves what has to be done.

In Syria, for example, the new centre of jihadism, and the new focal point for the international Mujahedeen, jihadists are fighting to gain control of particular areas. "They are not interested in ruling the country," Neumann maintains, "it is sufficient for their purposes if they can rule the roost in some smaller areas."

In addition to Syria, there are other conflict zones, where al-Qaeda and like-minded groups have some room to manoeuvre. One of these is Somalia, and, to a certain extent, Mali also, where jihadist groups were still in control of extensive areas at the beginning of the year. They may have been driven out of Mali in the meantime, but the Sahara is a huge area. Libya has provided a refuge free from persecution and a place from where they have the opportunity to launch new attacks. 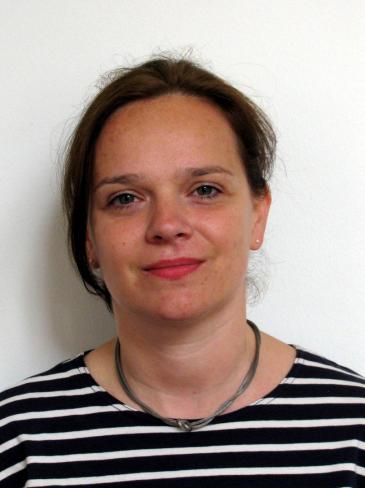 Dr Matenia Sirseloudi is a sociologist at the Institute for Peace Research and Security Policy at the University of Hamburg. She is interested in the dynamics of global extremism and terrorism

The sociologist, Matenia Sirseloudi – with deliberate exaggeration – once referred to Al-Qaeda as "parasites of war": they needed armed conflicts, she claimed, into which they could throw themselves in order to have the opportunity to demonstrate their fighting prowess. They create small "Islamic emirates" in these countries, just as they are doing in Syria, enclaves where they can live out their reactionary vision of Islam.

Only when it comes to Yemen is there a lack of consensus among experts such as Peter Neumann and Guido Steinberg. Neumann sees "Al-Qaeda on the Arabian Peninsula" (AQAP) as one of the last remnants of the old Al-Qaeda and one that would be keen to launch a massive attack against the West. In December 2009, for example, it was a young Nigerian, trained by the AQAP, who attempted to blow himself up in a plane above Detroit.

For Steinberg, on the other hand, the fact that this was more than three years ago and nothing like it has happened since, is decisive. Besides, members of the Yemeni Al-Qaeda tend to be almost exclusively Yemeni and Saudi and, he points out, their focus is on the Arabian Peninsula.

It all sounds reasonably reassuring for the West. Neumann and Steinberg agree that while minor attacks and acts of sabotage are a possibility, there is little likelihood of large scale acts of terrorism directed at the West in the near future. Future prospects for the Middle East, however, are not so rosy. The chaos in Egypt, Libya, Syria, Iraq, and possibly soon in Lebanon also, has opened up all sorts of unexpected opportunities for the Salafist jihadis, as well as providing them with a range of new options.

The Arab Spring has swept away the decades-old dictatorships of the Middle East. But it was also they who were responsible for keeping Al-Qaeda in check by force of violence. One can only hope that the complex processes of democratization in countries such as Egypt do not lead to civil war, a situation from which no one but Salifist jihadis of the Al-Qaeda persuasion would profit.

Albrecht Metzger is an Islamic scholar and journalist. He lives in Hamburg.

The small East African nation of Djibouti has so far evaded musical discovery by the West. Now, however, the country's official national band, Groupe RTD, is picking up ... END_OF_DOCUMENT_TOKEN_TO_BE_REPLACED

The end of July saw the launch of the African Union’s "Sauti" digital publication, the first young feminist platform in Africa, which this year showcases stories by female youth ... END_OF_DOCUMENT_TOKEN_TO_BE_REPLACED

The outpouring of solidarity worldwide following the violent death of George Floyd should prompt us to step back and fundamentally question racist structures and privileges based ... END_OF_DOCUMENT_TOKEN_TO_BE_REPLACED

Jeddah is very different from other cities on the Arabian Peninsula, says Ulrike Freitag, historian of the Modern Middle East. In her book "A History of Jeddah", she explores the ... END_OF_DOCUMENT_TOKEN_TO_BE_REPLACED

Since the attempted coup in Turkey, President Erdogan has been pressing foreign nations to hand over schools run by the Gulen movement. Although many countries have entrusted ... END_OF_DOCUMENT_TOKEN_TO_BE_REPLACED
Author:
Albrecht Metzger
Date:
Mail:
Send via mail

END_OF_DOCUMENT_TOKEN_TO_BE_REPLACED
Social media
and networks
Subscribe to our
newsletter