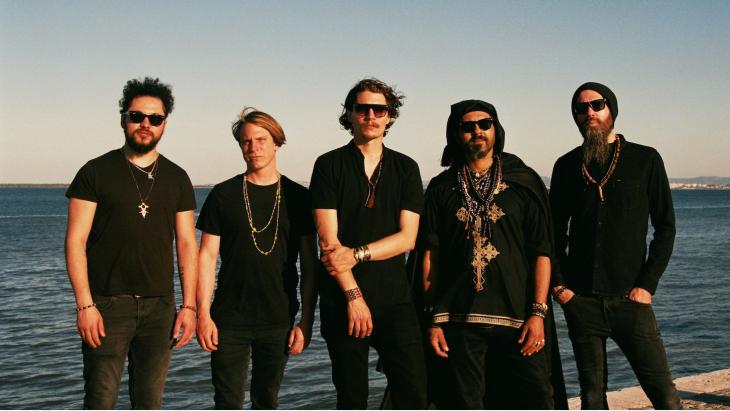 Welcome to the world of Al Qasar, where Arabic music collides head-on with punk and psychedelic to create something powerful and beautiful. "Who Are We" is a raucous, subversive trip into the urban landscapes inhabited by a new generation of Arabs around the world. By Richard Marcus

From the streets of Cairo to the Parisian suburbs, young Arabs put up with oppressive leaders, racism, and poverty. Who Are We is an expression of this reality. Sometimes melodic, sometimes abrasive, the album brings the reality of this life to listeners – from the bustle and energy of the streets to the anger at the disparity in living conditions between a few elite and the vast majority.

For this their first album (the band has been performing live and has released one EP over the past couple of years) the core group of Thomas Attar Bellier (electric saz, guitar, and keyboards), Jaouad El Garouge (vocals and percussion), Guillaume Theoden (bass and sub-bass), Nicolas Derolin (percussion), and Paul Void (drums) are joined by an international cast of musicians. Having worked all over the world, band leader Bellier has connections in the United States, the Middle East, North Africa and Europe, which gives the band access to an incredibly diverse range of guests.

There can’t be many albums that see Lee Renaldo, guitarist from American punk band Sonic Youth, Jello Biafra, former leader of the American punk band The Dead Kennedys, and the Egyptian vocalist Hend Elrawy all contributing their talents. Renaldo's guitar features prominently on the opening two tracks of the recording, "Autar Al Shaq" and "Awal". 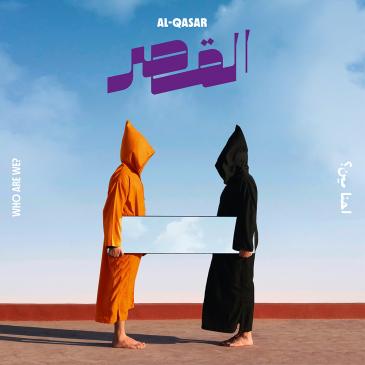 "Who Are We" by Al-Qasar is a dynamic and explosive album of music fusing traditional Arabic music with contemporary punk and rock music. The music and the lyrics speak to the ongoing struggle of everyday people simply trying to survive in the face of oppressive and corrupt leadership

"Autar Al Shaq", the instrumental that kick starts the album, gives fair warning of what to expect. It starts off with some Renaldo-generated distorted guitar – putting the fuzz into what the band refers to as Arabian Fuzz – that is then joined by Bellier's electric saz.

The combination of the noise guitar and the clean plucked sound of the saz is thrilling and shocking at the same time. It's like hearing a lone voice breaking through background noise in an attempt to tell us something important.

The frustration of a generation

"Awal" sees the band again joined by Renaldo, building an angry backdrop as vocalist El Garouge draws upon his Berber and Gnawa heritages for both the lyrics' language and the rhythms of the song.

The textual thrust is a condemnation of all the false words and actions of Arab leaders – a commentary on the failed hopes of the Arab Spring generation. "Words, words,/Is it truth, or is it a lie? I'm going crazy./Who among us was expecting this? Such fraud and deception?/Little by little, all hope has been lost."

"Ya Malak" (You Angel), the third song on the recording, starts off with the band singing and playing a driving song in Arabic, condemning an unknown enemy: an enemy who would exploit the poor and downtrodden for its own uses. "Last night the enemy came to you with weapons/Murdering enemy/Enemy, you made the injuries worse."

This track also contains the only English-language lyrics on the disc. The last two minutes or so of the song feature Jello Biafra reciting the lyrics to a piece by Egyptian revolutionary poet Ahmed Fouad Negm. The title of the album is taken from the poem's refrain of "Who are you and who are we" that Biafra repeats over and over again, as he and the poet remind listeners of exactly where they stand in the hierarchy of things.

As Biafra lists the ways in which the 1% differ from the folks who actually put food on peoples' tables or build the houses they reside in, the disparity between how the classes live is driven home. There's nothing subtle about the music or the lyrics on this track, but it's a hard message for a hard world.

The album also features the talents of two wonderful female singers. New York-based Sudanese singer Alsarah of Alsarah and the Nubatones and Egyptian virtuoso Hend Elrawy. On "Hobek Thawrat" (Your Love Is Revolutions), Alsarah sings a song about the 2019 military coup in her native Sudan and the ensuing protests that arose in response. While some of its lyrics sound like they could have been lifted from a love song, with its chorus made up of the slogans chanted during the demonstrations, "No negotiation, no intersection, no collaboration", the song is firmly political in its makeup.

Keeping the despair at bay

In some ways, however, "Mai Wa Jamal" (Money and Beauty) – sung by Elrawy – might be the most overtly subversive song on the album. It gives a very sympathetic view into the life and history of prostitution as told from a woman's point of view. "Happiness has left/ Your slim body/Which became/A simple commodity." This is a heartbreaking song that depicts how society has no trouble turning women into disposable assets.

In case you think the band is all seriousness, they do include a homage to the Algerian district of Paris where a lot of their music was born. Barbes Barbes is a rollicking good time, describing the vibrancy of a neighbourhood made up of people who have created a community of hope and fun to help keep the despair at bay.

Who Are We from Al-Qasar is a dynamic and explosive album of music fusing traditional Arabic music with contemporary punk and rock music. The music and the lyrics speak to the ongoing struggle of everyday people simply trying to survive in the face of oppressive and corrupt leadership. A wonderful album of great music and pointed lyrics that cries out to be played over and over again in Arabic-speaking neighbourhoods around the world.

The history of Jews and Muslims is far more entangled than you might imagine – but you have to listen out for it. In "Recording History", Christopher Silver takes us on a sonic ... END_OF_DOCUMENT_TOKEN_TO_BE_REPLACED

The southern shores of the Mediterranean Sea are losing sand faster than almost anywhere else. The ecological and economic damage is immense. The good news is, there are ways to ... END_OF_DOCUMENT_TOKEN_TO_BE_REPLACED

To understand Islamic mysticism, we must first clear up a number of misconceptions, as Marian Brehmer writes in his essay – part 1 of a new series on Sufism END_OF_DOCUMENT_TOKEN_TO_BE_REPLACED

Since Spain reversed its position on Western Sahara in favour of Morocco’s autonomy plan, Algeria has suspended its long-standing friendship treaty with Madrid. The diplomatic ... END_OF_DOCUMENT_TOKEN_TO_BE_REPLACED

It is possible to write about the Holocaust and the crimes of colonial powers without downplaying anything. In her latest book, Charlotte Wiedemann focuses on the numerous blind ... END_OF_DOCUMENT_TOKEN_TO_BE_REPLACED
Author:
Richard Marcus
Date:
Mail:
Send via mail

END_OF_DOCUMENT_TOKEN_TO_BE_REPLACED
Social media
and networks
Subscribe to our
newsletter