In spite of current tensions between the Christian and the Muslim world, both religions live in peace in Al-Salt, in west-central Jordan, as captured by Italy-based photographer Fatima Abbadi. 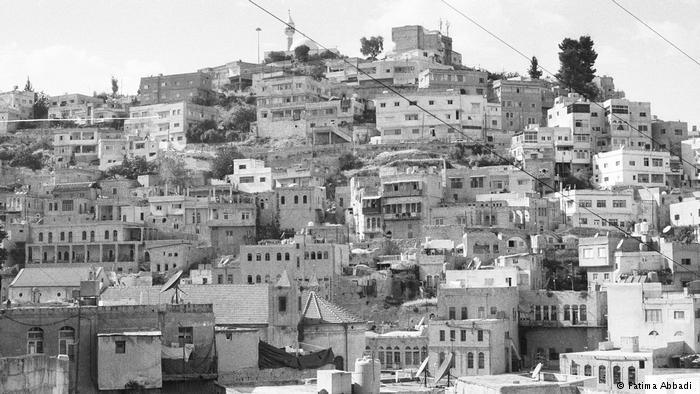 An ancient metropolis: photographer Fatima Abbadi has spent the last 10 years studying the town of Al-Salt in Jordan, which was founded in 300 B.C. and has a population of 90,000. Al-Salt is a cosmopolitan town where Arabian and European cultures co-exist in harmony 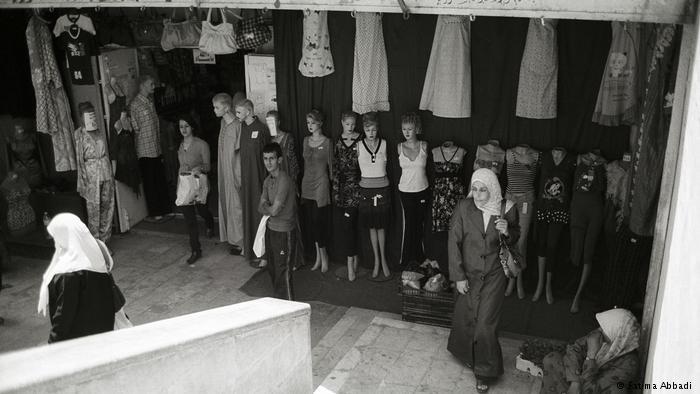 No walls, no divide: with its eclectic style, the town was nominated to become a UNESCO World Heritage Site. But not only Eastern and Western architecture and fashions can be found thriving side by side: "The Muslim majority and the Christian population live alongside each other without segregation," says Ismael Abder-Rahman Gil, a researcher who helped Abbadi with the project 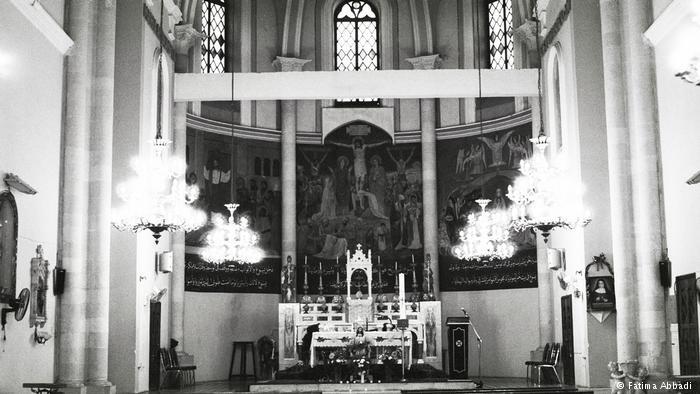 From St. George to al-Khidr: as Gil explains, the Christians of Al-Salt have played a crucial role in the cultural, economic and political development of the town. The histories of the two religions are so intertwined in Al-Salt that they often even share the same space: depicted above is Saint George’s church with a Christian altar surrounded by inscriptions from the Koran and scenes from the Bible 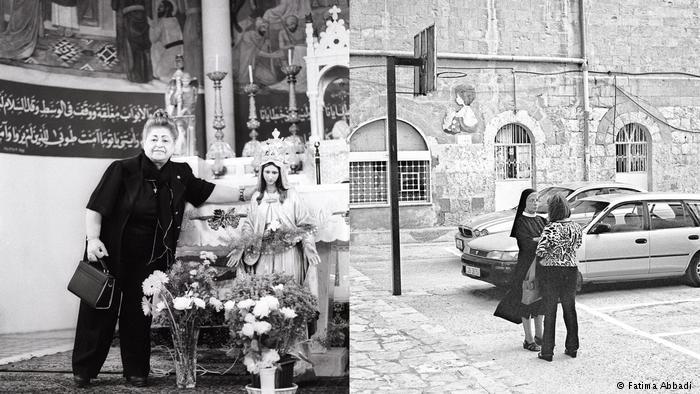 A place for everyone: the holy site was built in 1682 after a shepherd had a vision in which Saint George told him to build a church after protecting him from the beasts threatening his cattle. "To this day, the site is frequented by many Christians and many Muslims in Al-Salt who light candles in reverence to the saint," says Abder-Rahman Gil. Latin, Anglican and Orthodox churches can also be found in the town 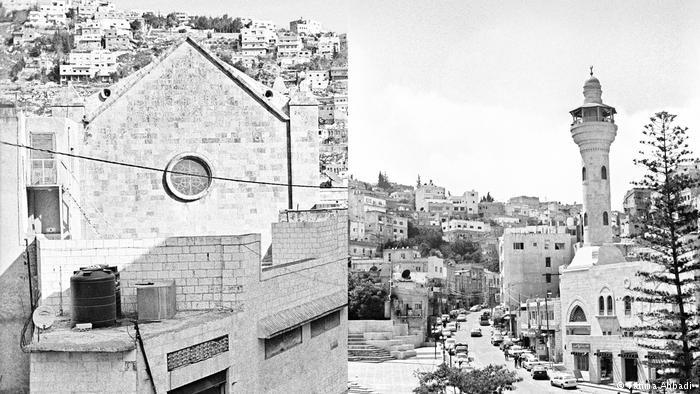 A 2,000-year-old history: the relationship between Jordan and Christianity is very old and begins with the baptism of Jesus in the River Jordan. Many Christian communities settled in Jordan as early as the 1st century and have enjoyed the freedom of public worship to this day. Christians are even represented in the country’s parliament and hold official state functions 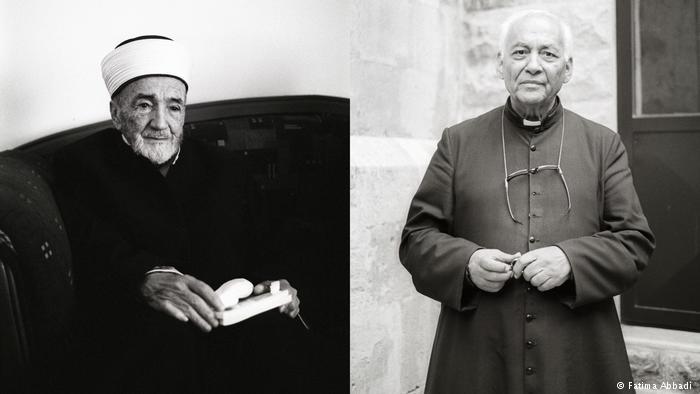 Demonstrations and proclamations: despite hundreds of years of peaceful coexistence and reigning King Abdullah II’s assurance that "Arab Christians are an integral part of my region’s past, present and future," tensions have risen lately between Muslims and Christians in Jordan, triggering protests. "What makes Al-Salt special is that the relationship between the two religions has not changed here at all," says Abbadi 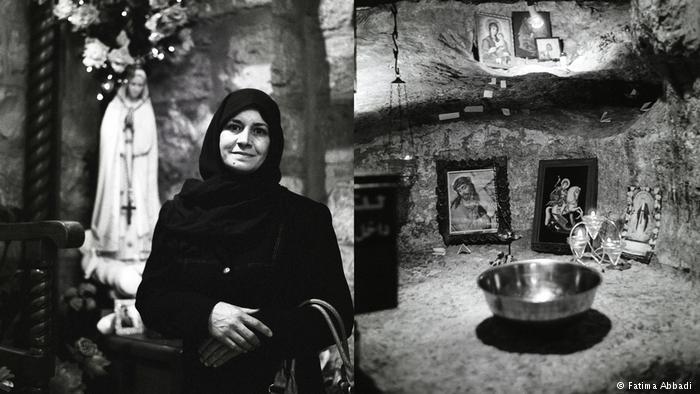 The great get-together: "During Christmas, for example, Muslims are the first to open their houses to Christians and celebrate with them – and the opposite is also true," says Abbadi. In the recent elections, a Christian woman also won a major position on the town council. Christians account for 35 percent of the Al-Salt population, a stark contrast to the 4 percent found in the rest of Jordan 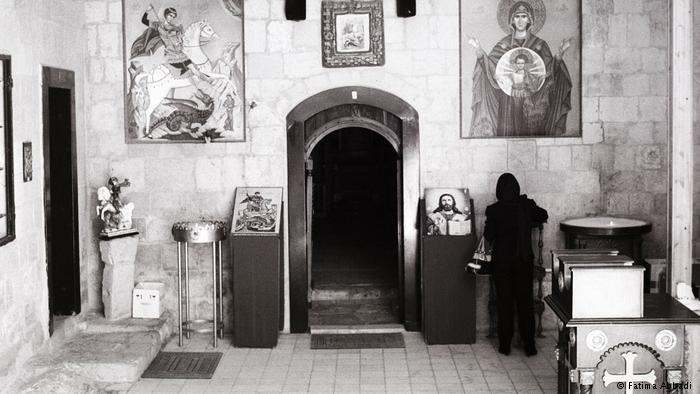 Respect – a recipe for peace: Abbadi's Al-Salt photo series ranges from capturing traditional agricultural life to the current Westernisation of the town and its people, yet she is confident that the relationship between Muslims and Christians will not change: "All the people who live in Al-Salt have a long personal history. We all respect each other and treat everyone as if we were one big family"

END_OF_DOCUMENT_TOKEN_TO_BE_REPLACED
Social media
and networks
Subscribe to our
newsletter