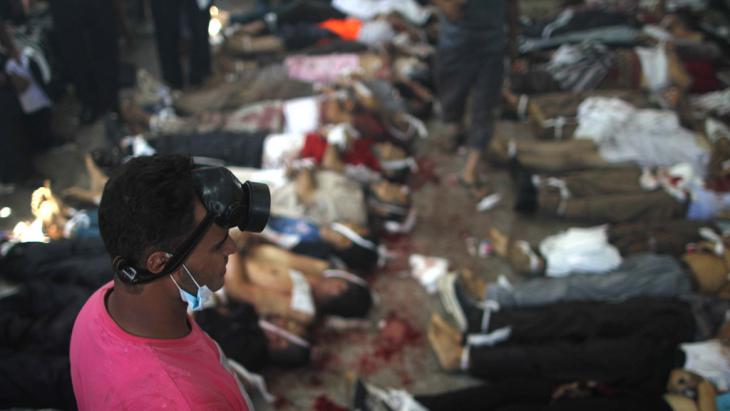 ″I have a request for all Egyptians,″ General Abdul Fattah al-Sisi, Egypt′s president, declared in 2013. Just three weeks after staging the most brutal military coup in Egypt′s history, he wanted ″all honourable, decent Egyptians″ to take to the streets to march for the military, thereby giving him and his army ″a mandate and an order to fight potential violence and terrorism. ″ Tens of thousands of Egyptians heeded his call. Yet, three years later, the violence and terrorism Sisi pledged to prevent remain a potent reality.

In fact, the military itself has been a leading perpetrator – and instigator – of violence. Its assertion of leadership included cracking down on anyone who protested the overthrow of Egypt′s first-ever freely elected president, Mohammed Morsi. The crackdown culminated on 14 August 2013, when the military stormed sit-ins in Cairo′s Raba′a Square and Giza′s al-Nahda Square and carried out what Human Rights Watch called the ″worst mass unlawful killings in Egypt′s modern history″ and ″a likely crime against humanity.″ 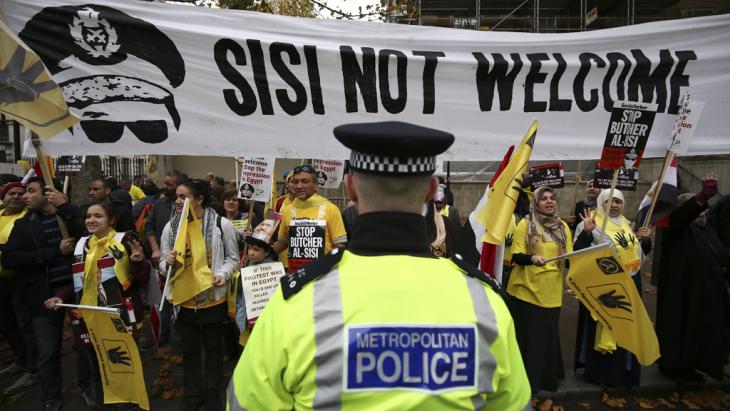 On 14 August 2013 Egyptian security forces raided two camps occupied by supporters of ousted President Mohammed Morsi: on Cairo′s Raba′a Square and Giza′s al-Nahda Square. Morsi had been removed from office by the military a month earlier, following mass street protests. The camps were raided after initiatives to end the six week sit-ins failed. The total casualty count made 14 August the deadliest day in Egypt since the revolution in 2011, when Hosni Mubarak was toppled

The message was clear: those in power were clearly convinced that eradicating their opponents was a better strategy than including them. Young political activists who wanted change quickly realised that ballots, strikes and sit-ins would not change a corrupt regime – and might well get them killed.

Unsurprisingly, the coup and subsequent crackdown on opponents triggered a spike in an enduring insurgency. Almost immediately, in response to an already restive North Sinai, elite brigades from the Second and Third Field Armies, assisted by the air force, launched operation ″Desert Storm″ to quell the burgeoning rebellion. Afterward, the military spokesperson declared that 78 ″terrorists″ had been killed and 207 arrested, effectively ending terrorism in the Sinai.

But the insurgency seemed to have more motivation than ever. A few months later, Sinai insurgents shot down a Mi-17 helicopter that belonged to the Second Field Army, an unprecedented display of military capacity. By November 2014, local rebels were swearing their loyalty to the so-called Islamic State (IS) – another unprecedented move. (No jihadist organisation in Egypt had ever before offered its loyalty to a foreign entity.) 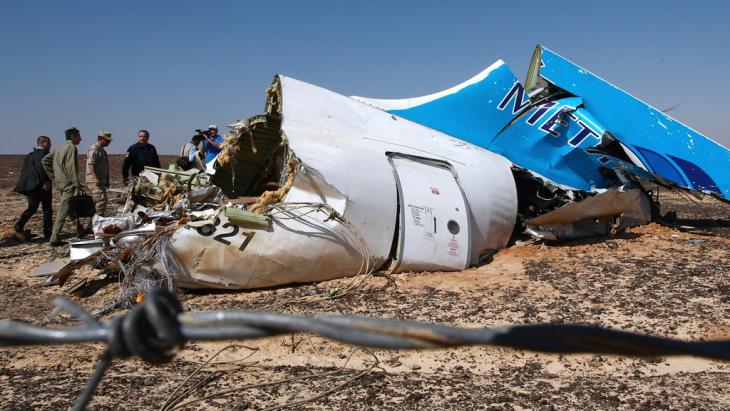 IS in the Sinai: "In October 2015, SP operatives infiltrated Sharm al-Sheikh Airport and planted a bomb on a Russian Airbus, killing all 224 of its passengers and crew. It was the worst terrorist operation in the history of Egypt and Russia," writes Ashour

In October 2015, SP operatives infiltrated Sharm al-Sheikh Airport and planted a bomb on a Russian Airbus, killing all 224 of its passengers and crew. It was the worst terrorist operation in the history of Egypt and Russia. In the first two months of this year, SP reported that it had destroyed 25 armoured vehicles (including tanks, minesweepers and bulldozers) and killed 100 soldiers (the military acknowledged 37).

Clearly, violence and terrorism are thriving, despite Sisi′s pledge. And, though the insurgency has remained largely limited to Egypt′s periphery, primarily north-eastern Sinai and parts of the Western Desert, with occasional strikes in the Nile Valley, it has also reared its head in Cairo. Most recently, gunmen attacked an undercover security minibus in Cairo′s Helwan suburb last May, killed all eight armed security agents and vanished into the working-class cement jungle.

Meanwhile, the relative moderates who have remained committed to contesting official policies by democratic means are sidelined and mocked. One prominent example is Essam Derbala, the head of the Consultative Council of the Islamic Group (IG), a post-jihadist organisation that led a terror campaign in the early 1990s, before abandoning political violence in 1997 and engaging in mainstream politics.

Moderation gets you nowhere

From 2002 to 2009, Derbala and other IG leaders produced around 30 books to counter al-Qaida′s ideology. After IS announced its intention to declare a ″province″ in Upper Egypt in April 2015, Derbala toured the Upper-Egyptian IG strongholds, giving public lectures countering IS ideology. A few months later, he was arrested and died in prison. Among his last messages to his supporters was ″not to give up on democracy and peaceful resistance.″

Derbala′s death reinforced the view that, in today′s Egypt, relative moderation gets you nowhere – a view that drives radicalisation. Consider Ahmed El-Darawy, a former police officer and a popular pro-democracy activist who ran in Egypt′s first free and fair parliamentary election in 2012. After the Raba′a Square massacre, however, he joined IS, under whose flag he was ultimately killed.

One of the main motivations behind the 2013 military coup was to counter potential violence and terrorism. Yet one of its main upshots is a surge in violence and terrorism, committed by both state and non-state actors – and there is no sign of de-escalation, much less reconciliation, in sight.

Welcome to the world of Al Qasar, where Arabic music collides head-on with punk and psychedelic to create something powerful and beautiful. "Who Are We" is a raucous, subversive ... END_OF_DOCUMENT_TOKEN_TO_BE_REPLACED

Egyptian authorities have Mada Masr in their sights once again after critical reporting. But the editor of the country's last independent news source is adamant they will continue ... END_OF_DOCUMENT_TOKEN_TO_BE_REPLACED

Like Christianity, Europe's history is one of migration. Both have strong roots in the Orient and in cultures thousands of years old. Cultural historian Bernhard Braun invites us ... END_OF_DOCUMENT_TOKEN_TO_BE_REPLACED

When she ascended the throne, millions of Muslims still lived under British rule. Later, Elizabeth II appealed for tolerance in a multi-religious society. She was the first ... END_OF_DOCUMENT_TOKEN_TO_BE_REPLACED

END_OF_DOCUMENT_TOKEN_TO_BE_REPLACED
Social media
and networks
Subscribe to our
newsletter