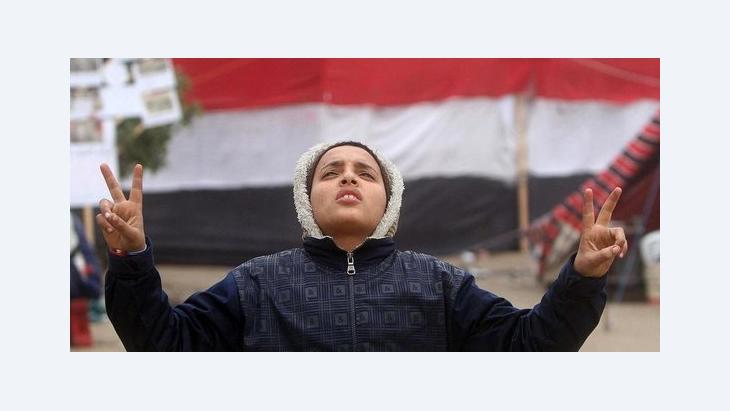 ﻿A selection of columns published before the revolution by celebrated Egyptian writer Alaa al-Aswani show that even if the West was turning a blind eye to imminent political change in Egypt, many writers and intellectuals were making clear predictions of the seismic eruptions to come. By Andreas Pflitsch

We repeatedly hear the claim that the Arab Spring came as a complete surprise and to a certain extent out of the blue. The events that occurred early last year first in Tunisia, then in Egypt and finally in Libya, events that changed the political landscape to such an extent that to call it a revolution is not an exaggeration, could not have been foreseen, even for those in the know.

The dictators apparently had too tight a hold on their positions of power, and the repressive systems perfected over decades had everything under control.

If nothing else, this assessment belies a certain professional short-sightedness among Middle East observers who could have been in a better position to see what was about to happen. For example, the Egyptian writer Alaa al-Aswani, who was born in 1957, predicted the system collapse two years before the mass demonstrations began on Tahrir Square. 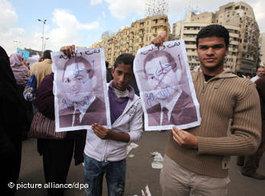 A literary anticipation of the Pharoah's approaching end: Sooner or later the Mubarak regime will fail and implode, predicted Alaa al-Aswani in the year 2009

​​"If a regime," he analysed in an article published in April 2009, "relies solely on repression, it clearly loses sight of the fact that the repression apparatus, although it may be all too powerful, is made up of individuals that belong to this society and share its interests and dissatisfactions. As levels of repression grow, these individuals see themselves as increasingly unable to justify their crimes to themselves."

Sooner or later, and as a result of this, Aswani concluded, the Mubarak regime must fail and implode: "And so the regime's iron grip will be broken and it will get what it deserves. For Egypt, I believe, this day is not far off," he wrote.

A selection of some of the columns written by Aswani and published between 2005 and 2010 shows that statements such as this were not prophetic exceptions. Long before early 2011, a burgeoning opposition movement against Muburak had made its presence felt. The Kifaya movement, for example, which Aswani was also involved in, had been active since 2004, and 2008 saw the formation of the April 6 Youth Movement. "All Egyptians know", Aswani noted in November 2009, "that the current status quo is no longer sustainable or acceptable and that change is now inevitable."

For a long time previously, writers and intellectuals had been very forthright in their criticism of that status quo. Alaa al-Aswani's international bestseller "The Yacoubian Building", originally published in 2002, was a real eye-opener in that it was a frank account of the corrupt structures of kleptocracy, the torture meted out by security authorities, the farcical elections, the oppressive poverty of the population and the omnipresent nepotism. 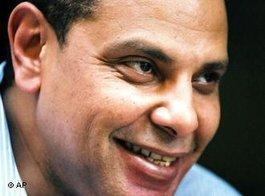 "True Islam is democracy": Alaa al-Aswani became an international literary star with his novel "The Yacoubian Building", published in 2005

​​And when in 2003, one of Egypt's most internationally renowned writers Sonallah Ibrahim was awarded Egypt's most prestigious literary prize, this caused a sensation: at the end of his speech during the official award ceremony at the Cairo Opera House, and in the presence of high-ranking members of the government, Ibrahim launched an all-out attack on the Egyptian political scene, eventually refusing to accept the prize from the Egyptian government.

A writer who takes his responsibility seriously cannot close his eyes to the catastrophic state of the country, he said, before the leaving the auditorium to applause.

Chalid al-Chamissi's book "Taxi", to name a third example, was initially internationally overlooked although it had been published in Egypt in 2006. Then, after the events of last year, it was celebrated by the Germany's largest daily, Süddeutsche Zeitung, as "the ultimate book on the Egyptian revolution".

The fact that Aswani's political commentaries and submissions from the time before the revolution are only appearing in Germany after the revolution is also an indication of delayed western interest in the Arab Spring – perhaps in itself indicative of a bad conscience at having missed all the signs.

The public's attention deficit went hand in hand with a western geopolitical stance that placed consistent emphasis on stability and clung to Mubarak to the last, a situation that Aswani also comments on. In his view, western calls for democracy were nothing more than lip service.

In 2009, when Hosni Mubarak was on an official visit to Washington, he reports: "President Obama received from his friend President Mubarak the promise that the democratic reforms in Egypt, although an arduous and complex process, are irreversible. Thereupon Obama, Aswani continues not without some sarcasm, "once again expressed his admiration for President Mubarak's wisdom, moderation and courage."

The fervour reflected in many of the texts in this volume comes at the expense of literary quality. One should also not expect any profound analysis or differentiated intellectual assessment of circumstances. What can be gleaned from the commentaries however is a true sense of authenticity and spontaneity. Aswani's indignant prose keeps time with the breathless rhythm of events as they occur one after the other. 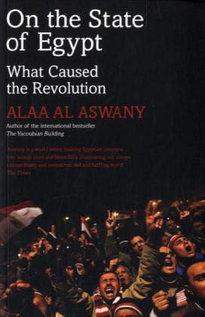 "Aswani's indignant prose keeps time with the breathless rhythm of events as they occur one after the other". Cover of Aswani's "On the State of Egypt – What caused the Revolution"

​​The level of the book sinks considerably in several places and threatens to get lost in a mire of cheap conspiracy theories, of the kind one might expect to hear down the local bar.

Always combative, often polemic and occasionally in the style of a pamphlet, Aswani's criticism is aimed first and foremost at the figure of Mubarak, and the repressive system associated with the person. The country is now in such a ramshackle state, he writes, that "the number of people drowning in ferry disasters, dying in burning trains or being buried under collapsing houses," has long exceeded the "number of all those who perished in Egypt's wars".

In Mohamed el-Baradei on the other hand, he sees a saviour of Messianic proportions, which he extols in a number of rather disconcertingly hagiographic passages.

He blames the influence of Wahhabi Islam as propagated by Saudi Arabia for the fact "that the omnipresent religiosity" in contemporary Egypt "is superficial and without substance". And he goes on to say that the "invasion of reactionary and backward Wahhabist ideas" is in the process of "transforming Egypt into a Taliban emirate".

This danger should be countered with the tolerance of "true Islam", which he idealises as a keeper of women's rights and an early guarantor of democratic ethos: "True Islam is democracy."

The West also gets its knuckles rapped: the anti-Arab and anti-Islamic tone in some sectors of the western media was "regarded as intolerably reactionary and racist two decades ago," and the "Zionist lobby of US American politics" that holds its protective hand over Mubarak and the western political scene in general is marked by hypocrisy and double standards, according to Aswani.

Aswani's criticism of the Egyptian regime, religious hypocrisy and western double standards springs from patriotic conviction. That Egypt has "the potential to be a great nation" and is "the greatest source of talent in the Arab world", are two claims that Aswani repeats almost as often as the slogan that permeates almost all his commentaries like a refrain: "democracy is the solution".

The widely-held view that "Egyptians are not qualified enough for democracy" is according to Aswani "on the one hand an insult" and on the other indicative of "an embarrassing ignorance of Egyptian history".

With his combative texts, Alaa al-Aswani provides convincing evidence to counter this insulting and embarrassing viewpoint.

In Doha, Arabs from Morocco, Tunisia, Egypt and Algeria are gathering to celebrate the first ever FIFA World Cup to be held on Arab soil. The criticism from Europe? Over the top, ... END_OF_DOCUMENT_TOKEN_TO_BE_REPLACED

November 2022 sees the Arab world firmly in the spotlight with the COP27 in Egypt and the FIFA World Cup in Qatar. Public trust in MENA governments is weak, thanks to their ... END_OF_DOCUMENT_TOKEN_TO_BE_REPLACED

Palme d’Or winner "Boy from Heaven" is a classic crossover film in which cultural elements are mixed together in haphazard and random fashion. Shady Lewis Botros bemoans the ... END_OF_DOCUMENT_TOKEN_TO_BE_REPLACED

COP27 in Sharm el-Sheikh is turning into a PR disaster for Egypt’s military regime. Instead of praise for the host, the news is full of solidarity for imprisoned activist Alaa ... END_OF_DOCUMENT_TOKEN_TO_BE_REPLACED

END_OF_DOCUMENT_TOKEN_TO_BE_REPLACED
Social media
and networks
Subscribe to our
newsletter