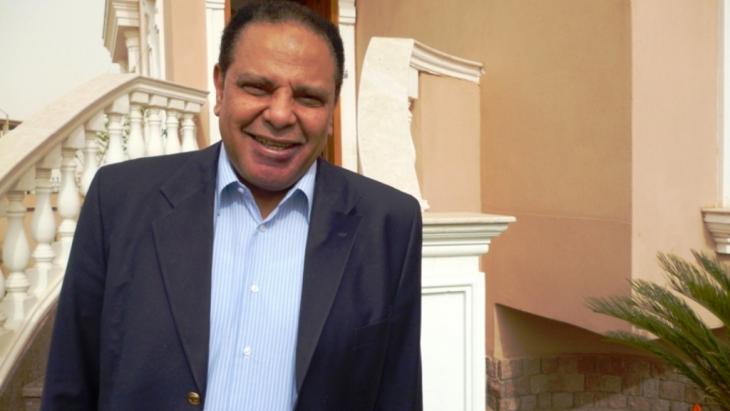 In his new novel "The Automobile Club of Egypt", the best-selling Egyptian author Alaa Al Aswany paints a picture of a deeply divided, bigoted society and recalls the oriental despotism of the 1940s under King Farouk. A review by Arian Fariborz

It all begins with a journey through time: the Egyptian author Alaa Al Aswany picks us up in his car on the way from Cairo to his holiday home on Egypt's Mediterranean coast. It is winter. The melancholy voice of the Egyptian diva Umm Kulthum wails from the car's tape deck. Aswany is thoughtful. He wants to gain some distance from his family and spend some time alone putting the final touches to his novel "The Automobile Club of Egypt".

But things don't go as planned. Shortly after his arrival, the doorbell rings. The writer is perplexed. Who could be visiting him at this late hour, in a holiday residence watched over by a guard service? Reluctantly, he opens the door. He can't believe his eyes. Standing before him are two Egyptians clad in old-fashioned 1940s dress who are straight out of his novel "The Automobile Club of Egypt": Kamil and Saliha Hamam. "We have sprung from your imagination into real life," notes Kamil smugly. "You created us in your novel. You are the one who fleshed out and recorded the details of our lives." 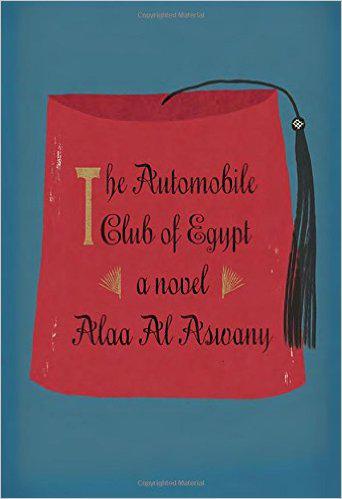 Oriental despotism Egyptian-style: with his Automobile Club, Alaa Al Aswany has once again succeeded in producing a gripping, socially critical and historically authentic novel, which can be enjoyed in English in an excellent translation from the Arabic by Russell Harris

The two uninvited guests disappear again just as abruptly as they arrived on Aswany's doorstep – but not without offering the writer some advice on his novel. Their feelings and thoughts are still missing from the "Automobile Club of Egypt", they say, and the author needs to put them in.

Kamil and Saliha Hamam are two of the many tragic heroes in Aswany's longest novel to date, written in 2013 and now also available in English.

The story takes place in the Egypt of the British colonial era, during the reign of King Farouk. An illustrious bevy of diplomats, military leaders, pashas and claqueurs of the Egyptian monarchy gather regularly at the swanky Automobile Club in Cairo to indulge in fine food and drink, as well as all kinds of gambling. Catering to their every desire is an army of underprivileged staff, living on starvation wages and subject to the constant whims and commands of their superiors.

Just as in his bestselling novel "The Yacoubian Building", Aswany offers here a scathing portrayal of a deeply unfair, bigoted society, exposing the contradictions plagueing Egypt's political system. At the same time, the novel subtly reflects the symbiotic political relationship between the former colonial power and the Egyptian royal family.

The Ko's reign of terror

The epitome of this microcosm of vast social disparities is the Automobile Club in Cairo, where the Ko, the King's chamberlain and manager of the club, lords it over the staff in a reign of terror. The slightest transgression can result in draconian punishment – although the harassed employees seem to take it all with stoic serenity.

"Although 'The Automobile Club of Egypt' is set in the late 1940s, the problems are very similar to those faced by people living in Cairo today," remarked Aswany in an interview with Qantara.de. "In this Automobile Club, there were always two societies: the representatives of the Western upper class rubbing shoulders with Egyptian aristocrats, and the society of servants who were brought in from southern Egypt to work at the club. The novel is about how these two communities interact – how they see and deal with each other."

The failure of the revolutionaries

In the end, the downtrodden finally revolt against their British and Egyptian masters. But not all workers at the club participate in the rebellion, fearing the risk to their livelihood. Although the tyrannical Ko inevitably gets a taste of the vengeance inflicted by his humiliated underlings, the actual uprising and the conspiracy of the Wafd nationalists, in cooperation with Egypt's communists and a prominent dissenter from the royal family, ends in fiasco.

Many of the characters in Aswany's novel are fictitious, and yet he reproduces the historical circumstances of that era with striking realism and detail: for example the complacency and profligacy of the decadent Egyptian King, who is said to have betrayed his wife 5,000 times. Or Farouk's shady foreign advisors, such as the Italian Antonio Pulli (named Botticelli in the novel), who regularly supplied the monarch with new mistresses.

Alaa Al Aswany has once again succeeded in producing a gripping, socially critical and historically authentic novel, which can be enjoyed in English in an excellent translation from the Arabic by Russell Harris.

Abortions are illegal in Egypt unless they are necessary to save a married woman's life. But that doesn't stop local women from having one. Egyptian society needs to acknowledge ... END_OF_DOCUMENT_TOKEN_TO_BE_REPLACED

Food prices doubled, salaries halved, banks restricting withdrawals: Egyptians now have the same problems as the Lebanese. But if things get worse here, the fallout will be far ... END_OF_DOCUMENT_TOKEN_TO_BE_REPLACED

Giessen, Eichsfeld, Kusel, Berlin – cars bearing old German number plates are the latest trend on the streets of Cairo. Many Egyptians regard the discarded plates as chic. What ... END_OF_DOCUMENT_TOKEN_TO_BE_REPLACED

Egyptian Sufis have been on the defensive against the country's Islamists for decades. Meanwhile, interest in mysticism is growing among the young members of Cairo’s middle and ... END_OF_DOCUMENT_TOKEN_TO_BE_REPLACED

Chinese President Xi Jinping's visit to Saudi Arabia in December 2022 may have rattled Washington, but it simply highlighted the Arabs’ desire to diversify their foreign relations ... END_OF_DOCUMENT_TOKEN_TO_BE_REPLACED

END_OF_DOCUMENT_TOKEN_TO_BE_REPLACED
Social media
and networks
Subscribe to our
newsletter