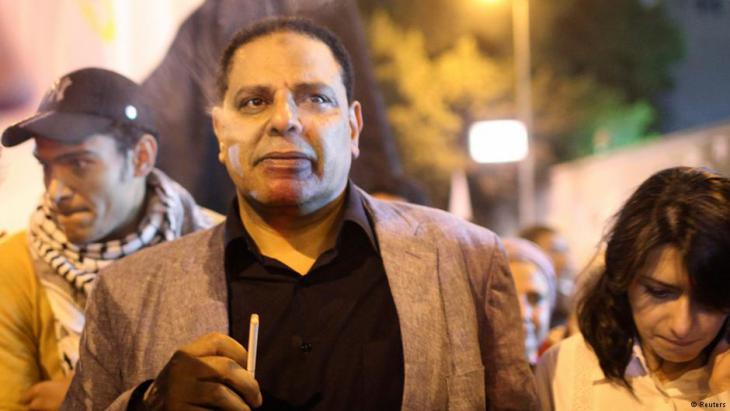 Despite my distaste for adjectives, I saw fit to insert the descriptor "courage" in the title of this article. "The Republic of False Truths" was recently published by Dar al-Adab in Beirut and is banned in Egypt and in many of the despotic Arab states.

Al-Aswanyʹs approach is more complex than that of Abdul Quddus. In large part, this is because he managed to fathom the classical narrative structure which Mahfouz perfected, without becoming elitist. Thus, in a "Yacoubian" world, the reader enters a new synthesis of "Miramar", save for the fact that Al Aswany replaced the young communist of Mahfouzʹs novel with an Islamic extremist. 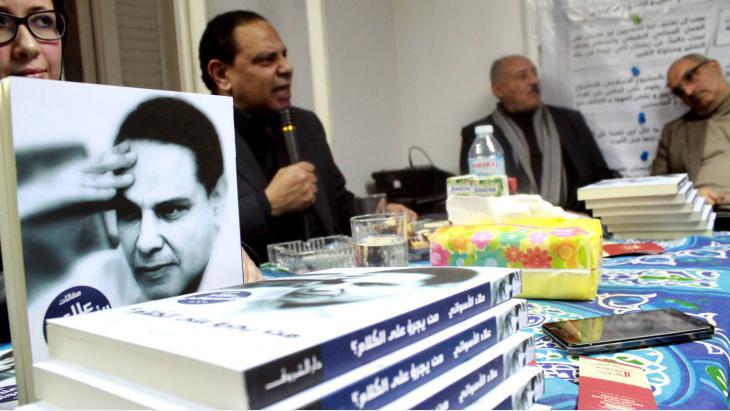 Al Aswanyʹs success is a positive reflection on our narrative literature. This dentist has proved himself to be a professional writer who knows how to capture his characters from the depths of Egyptian society and how to take them on intricate and complex journeys. He also knows how to appeal to the ordinary readerʹs conscience through believable melodrama. It doesnʹt break with the prevailing culture, but presents an Egyptian society without hope, which feeds off the disappointments arising from a life of misery and poverty under an authoritarian security system.

Welcome to the world of Al Qasar, where Arabic music collides head-on with punk and psychedelic to create something powerful and beautiful. "Who Are We" is a raucous, subversive ... END_OF_DOCUMENT_TOKEN_TO_BE_REPLACED

Egyptian authorities have Mada Masr in their sights once again after critical reporting. But the editor of the country's last independent news source is adamant they will continue ... END_OF_DOCUMENT_TOKEN_TO_BE_REPLACED

Like Christianity, Europe's history is one of migration. Both have strong roots in the Orient and in cultures thousands of years old. Cultural historian Bernhard Braun invites us ... END_OF_DOCUMENT_TOKEN_TO_BE_REPLACED

When she ascended the throne, millions of Muslims still lived under British rule. Later, Elizabeth II appealed for tolerance in a multi-religious society. She was the first ... END_OF_DOCUMENT_TOKEN_TO_BE_REPLACED

END_OF_DOCUMENT_TOKEN_TO_BE_REPLACED
Social media
and networks
Subscribe to our
newsletter