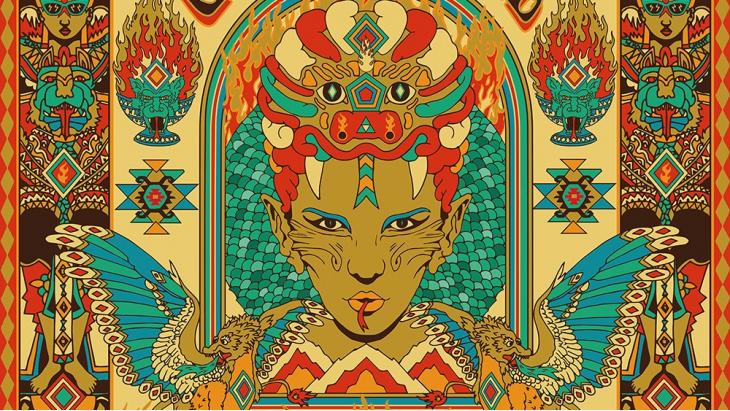 "Anadolu Ejderi" (Anatolian Dragon) is the latest release from Turkish musician Gaye Su Akyol. She has never lacked a spirit of adventure when it comes to her music – an intriguing mix of traditional Turkish music and everything from psychedelic to American surf. However with Akyol, it's impossible to know what she'll throw a listener's way, and this album is no exception. By Richard Marcus

Like many other musicians the world over, Gaye Su Akyol took advantage of the COVID lockdown to write, which she did extensively. This album's tracks were culled from around 100 songs she wrote during this period. How she narrowed her selection down to the 11 songs on this album is beyond anyone's imagination, but somehow, she not only did, but created an album of material that works together seamlessly.

While Akyol doesn't sing specifically about the troubles of her native Turkey, which is probably wise seeing how many artists critical of the government end up in jail, the music's sometimes frenetic energy is as much a commentary as any overt lyrics could be. While the album comes with English translations of the Turkish lyrics, listening to the songs you have to interpret each song's meaning as best you can via the inflections and intonations in her voice.

This is, of course, a very imprecise art, but you can't help but notice her sardonic, perhaps even bitter, tone as she sings certain songs. In her notes about the album, she mentions the state of turmoil Turkey has been in for the last ten years, and so the music should be placed in that context. However, lest you think she is blinkered to what is happening in the rest of the world, she extrapolates upon what is happening in her home country to encompass the world at large.

Of course she also has fun with her music, and she proves that she can be not only invigorating but amusing as well. The best example of how she mixes her sardonic humour into her music is the song "İçinde Uyanıyoruz Hakikatin" (We Are Waking Up In Reality).

While the song might be a reflection on living in the past and perhaps letting nostalgia rule us a little bit too much, she approaches the subject with her tongue firmly in her cheek. "I'm Syd Barrett of Pink Floyd/Brian Jones of Rolling Stones/After four double shots/I'm the Lost Continents's Count of Monte Cristo". 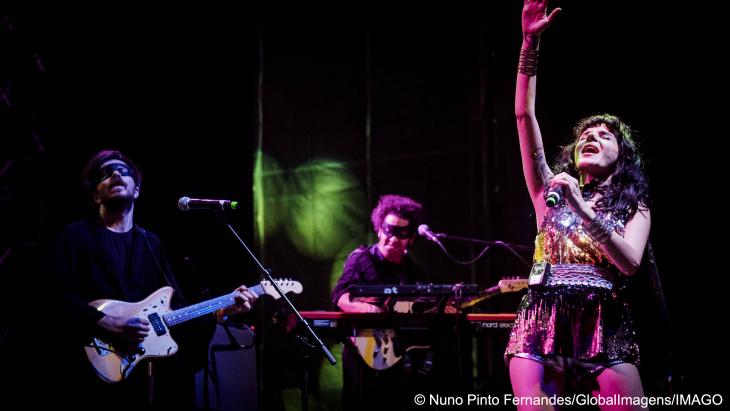 "When this talent with words is combined with her remarkable ability to create songs using a multitude of styles and genres, and her amazing voice, you have the ingredients for an incredible album of music," writes Richard Marcus

The fact that the first two people she references are both rock and roll stars who had strange and mysterious deaths and the third person mentioned is a fictional character who dedicated himself to revenge against his past also puts a strange twist on the song's theme. It's almost as if Akyol is both extolling the virtues of memory and being in the past while simultaneously talking about the dangers of letting the past dominate you.

Of course that's a lot to  extrapolate from the opening three lines of any tune, but given the nature of the song as it progresses, it seems to be a fair assessment. Even the slow languid delivery of the song lends to its air of ambiguity.

A warning not to romanticise the past

Akyol allows her voice to take on the mournful qualities of a singer of torch songs – jazz infused with blues and a touch of melodrama – which gives the piece an air of yearning and regret. It's like she's warning us not to romanticise the past: the music might have been great, but the times took a heavy toll on all of those involved.

This warning against nostalgia can also be seen as a subtle critique of the authoritarian regimes cropping up around the world. With their promises of a return to some golden age of the past, they attempt to persuade people how much better things would be if only we could go back in time.

Of course this album has ten other songs on it, and all of them are equally interesting with hidden depths. While the opening song, "Anadolu Ejderi", sounds like a mixture of disco and funk washing out of some underground Istanbul dance club, it also contains an undercurrent of more traditional music as well.

However, even within its dance beats, the song carries a warning to those who sit in their lofty mansions lording it over the rest of the world: there are dragons potentially sleeping among the poor who could rise up and burn them. "I'm neither super hero/Waiting, there's a time coming, on the way/And when it arrives, look for/A hole to run in I'd say".

Exciting music from an exciting artist

While translations sometimes lose some of the nuances of an artist's words, reading some of Akyol's lyrics are equivalent to reading poetry. Take "Vurgunum Ama Acelesi Yok" (Have a Case On You [But No Need To Hurry]). It's a declaration of love, but for someone who hasn't yet appeared – hence the "no need to hurry" of the title. "Come my moon fairy, my sun/Come my sweet companion/Come close by my side/You are both my cure and my fire/I have a case on you/But no need to hurry".

Akyol is an exciting and intriguing musical artist, and this album is an indication of just how exciting she can be. Her lyrics exist on multiple levels; seeming to talk about an innocuous subject, when listened to carefully they reveal a deeper meaning. Perhaps this is a talent grown out of living under an authoritarian government where being overtly critical can see you end up in jail, but it could also be an indication of the depth of her talent.

When this talent with words is combined with her remarkable ability to create songs using a multitude of styles and genres, and her amazing voice, you have the ingredients for an incredible album of music. Anadolu Ejderi  is such a creature. It may be that many listeners will not understand the lyrics without reading the accompanying booklet, but they will be amazed by the music and Gaye Su Akyol's abilities.

Relations between Turkey and Russia are ambivalent. Moscow is nonetheless trying to prop up the leadership in Ankara. Elections are to be held in Turkey in June – and the last ... END_OF_DOCUMENT_TOKEN_TO_BE_REPLACED

All eyes in Turkey are on a court hearing scheduled for January 30 into a child abuse case that allegedly occurred with the knowledge of one of Istanbul's most powerful Islamic ... END_OF_DOCUMENT_TOKEN_TO_BE_REPLACED

Any reconciliation between Turkey and Syria’s Assad regime would have disastrous consequences for many Syrians, explains Syria expert Kristin Helberg END_OF_DOCUMENT_TOKEN_TO_BE_REPLACED

The poetry of Pir Sultan once prompted uprisings in the Ottoman Empire. To this day, Alevis identify with him. Rainer Hermann visited Mehmet Celebi, a direct descendant of the ... END_OF_DOCUMENT_TOKEN_TO_BE_REPLACED

There are signs of an imminent normalisation of relations between Turkey and Syria. This would allow Erdogan to score political points domestically before the upcoming elections ... END_OF_DOCUMENT_TOKEN_TO_BE_REPLACED

Turkey will mark the centenary of the proclamation of the Turkish republic in October. But 2023 will be an important year in another respect too: Turks will go to the polls in ... END_OF_DOCUMENT_TOKEN_TO_BE_REPLACED
Author:
Richard Marcus
Date:
Mail:
Send via mail

END_OF_DOCUMENT_TOKEN_TO_BE_REPLACED
Social media
and networks
Subscribe to our
newsletter