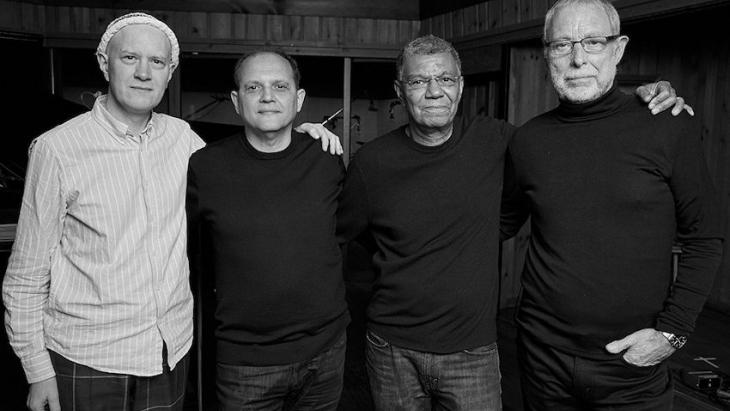 A gem of an album

Tunisian-born oud maestro Anouar Brahem who has made a career out of defying people's expectations has done it again. His most recent release, Blue Maqams, showcases his skills in a jazz context – the results are simply stunning. Review by Richard Marcus

Committed to restoring the reputation of traditional Arab music and intent on becoming a good musician, Anouar Brahem began studying the oud in his native Tunis at a young age. He was, however, also fascinated by other forms of musical expression. While these included music from India, Turkey and the Balkans, at seventeen he turned his attention to more contemporary forms, including jazz. Looking back, he says that although the aesthetics of jazz were very different to the Arabic music he was involved in at the time – and while he didn't always understand what jazz musicians were trying to achieve – he remained drawn to it nevertheless.

Perhaps it was because both genres adopt a similar line when it comes to improvisation. Musicians are granted a certain degree of musical spontaneity to express their feelings, while staying true to the original composition. However, as Brahem explains in his liner notes for the album, despite jazz musicians' penchant for spontaneous creativity, he still prefers people to stick to the score when it comes to performing his pieces. Improvisation should stem from a musician's personal response to the music, rather than being his or her modification of the notes or arrangement.

Of course, listening to Blue Maqams (ECM Records) one is going to be hard pressed to discern the difference between the artists′ interpretation of the score and what is being performed as written. Firstly, the trio of musicians that Brahem has gathered around him – Dave Holland (double bass), Jack DeJohnette (drums) and Django Bates (piano) – are all men with a serious jazz pedigree. Holland and DeJohnette both played with Miles Davis and have had extensive careers in Europe, while Bates is an integral part of the British jazz scene. So we're dealing with musicians who know how to extract every nuance and ounce of meaning from a note. 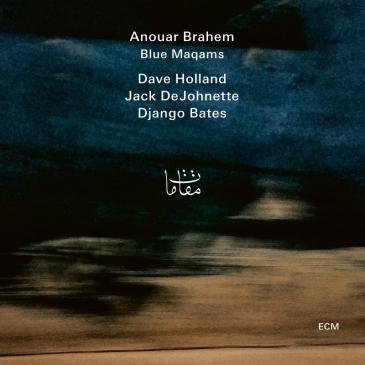 A whole new range of expression: "if you've only ever heard an oud being used as either lush ornamentation in more traditional Arabic music, or even as a lead instrument in some other circumstances, hearing the magic Brahem is able to wring from the instrument will be a revelation," writes Marcus

Improvising around a tight score


Brahem also addresses the conundrum directly in his liner notes, saying that he tried to leave plenty of room for improvisation in his score. Listening to the results, it's obvious he succeeded.

In each of the nine compositions at least one of the instruments is given a chance to shine in a solo capacity.

And in every instance you are forced to wonder – did the composer write this down? How do you convey that specific trill of a piano key, that intricate brush stroke on the head of a drum, or that bowing arrangement for the bass?

Obviously music notation can be as sophisticated as it needs to be. However, being able to write it so that it sounds like a performance is being invented on the spot is simply incredible. As you listen to each piece it's hard to imagine that if you heard them playing on some other occasion there wouldn't be differences in the way the pieces are presented.

It's an amazing example not only of their musical expertise, but also of Brahem′s facility as a composer. (He does mention that there were quite a few fierce discussions during recording because of his insistence on sticking to the score).

As one would expect from a collection of such experienced and gifted musicians, the quality of performance is not only exemplary, it's awe-inspiring. Listening to each of them play is like being gifted with admittance to some select venue where jazz music is the diet of the gods and you're being fed the ambrosia that sustains their souls. Flowery, perhaps, but wait until you've heard them.

From individual solos to the interplay between instruments, these four men make music of a kind and quality that is seldom heard. Listening to them reminds you jazz isn't just another form of popular music. In its own way the genre can be as sublime as any of the great classical compositions.

A new take on the oud

If, you've only ever heard an oud being used as either lush ornamentation in more traditional Arabic music, or even as a lead instrument in some other circumstances, hearing the magic Brahem is able to wring from the instrument will be a revelation. While the instrument retains its distinctive voice he has given it a whole new range of expression. His solos are intricate things of wonder, which draw each and every possible meaning from a phrase or note. (He also has a tendency, a la Glen Gould, to sing along as a sort of counterpoint to his playing).

In fact, each musician's contributions will amaze you. DeJohnette does not just maintain the rhythm, he creates patterns of sound through a mixture of percussion and drums which carries the music forward, adding layers of texture to each song. Holland's double bass is the perfect counterpoint to Brahem's oud. While supporting the lead instrument, his own line takes on a life of its own, deftly guiding the ensemble from the depths. Finally Bates' piano is a stunning cascade of notes which not only thrills in its own right, but works in wonderful harmony with Brahem.


Blue Maqams is a gem of an album featuring four incredibly gifted musicians. While the presence of an oud as one of the instruments might take some aback initially, you quickly forget any differences in sound it may bring to the proceedings as the music washes over you. Anouar Brahem has composed nine amazing works and they are brought to life on this album with amazing skill and grace.

Tunisia has launched a successful transition to democracy, but difficult economic and social times lie ahead. According to political scientist Said AlDailami, Europe should focus ... END_OF_DOCUMENT_TOKEN_TO_BE_REPLACED

Mass protests began in Egypt on 25 January 2011. They triggered the overthrow of long-time ruler Mubarak. Ten years later, many human rights activists and journalists are in ... END_OF_DOCUMENT_TOKEN_TO_BE_REPLACED

Mass protests began in Egypt on 25 January 2011. They triggered the overthrow of long-time ruler Mubarak. Ten years later, many human rights activists and journalists are in ... END_OF_DOCUMENT_TOKEN_TO_BE_REPLACED

Recent unrest shouldn't come as a surprise to anyone who's followed Tunisia's trajectory. The image of the North African country as the only "survivor" of the uprisings in the ... END_OF_DOCUMENT_TOKEN_TO_BE_REPLACED

Ten years after the start of the Arabellion in North Africa and the Middle East, many view the movement as a failure. But rather than being over, it has now entered a more mature ... END_OF_DOCUMENT_TOKEN_TO_BE_REPLACED

M’hamed Oualdi presents the story of a manumitted-slave-turned-dignitary in the Ottoman province of Tunis and the posthumous conflicts over his estate as a case study to ... END_OF_DOCUMENT_TOKEN_TO_BE_REPLACED
Author:
Richard Marcus
Date:
Mail:
Send via mail

END_OF_DOCUMENT_TOKEN_TO_BE_REPLACED
Social media
and networks
Subscribe to our
newsletter