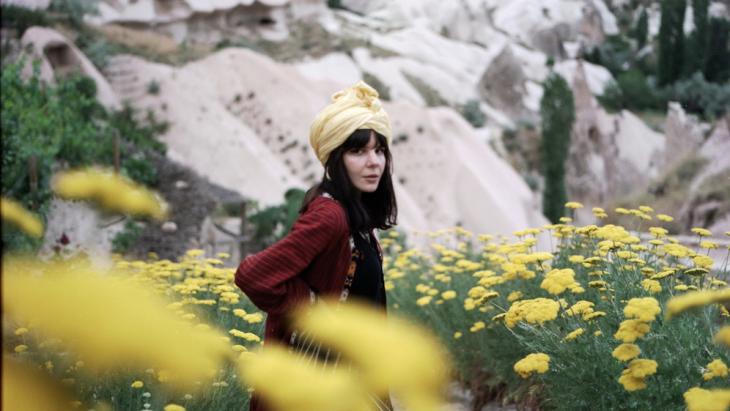 Influenced by everything from California surf music of the 1960s to the songs of Anatolian singer Selda Bagcan and a hearty dose of 1990s grunge music, the thought behind Turkish singer-songwriter Gaye Su Akyolʹs latest album, "Istikrarl Hayal Hakikattir" (ʹconstant fantasy is realityʹ), is a little more ethereal. By Richard Marcus

Fiercely independent as ever, Gaye Su Akyol produced her third album on her own label in Turkey and is distributing it to the rest of the world via Glitterbeat. She refers to it as a "liberated album that embraces a DIY (do-it-yourself) philosophy and a revolutionary album that no capitalist or top-down imposed obligations can restrain or contaminate."

While such eclecticism may be a little confusing upon first listen, it is also refreshing and a great change of pace. Too many bands find a groove and stick to it, song after song. They may change the tempo or the instruments on occasion, but after a while the music just all starts to sound the same and you tune it out. With Akyol and company there's no fear of that – every song is a wonderful surprise as they swerve back and forth between genres and styles.

Akyol herself describes the album as having a rich instrumental palette: "the conventional guitar-bass-drums trio and percussion are joined by violin, oud, cumbush, and baglama (Turkish native instrument), electronic beat and wind instruments like saxophone and trumpet".

What this does is allow Akyol and the band to paint musical scenes of extraordinary depth and vividness. It also says something for the skills of herself and the band's guitar player Ali Guclu Simsek as producers that the music doesn't descend into a muddy mess. Each of the instruments has its place in the sound and is allowed to shine through just enough to create the atmosphere the band desires.

While her band is normally a four-piece ensemble, Grokem Karabudak bass, keyboards and backing vocals and Ediz Hafizouglu on drums, for this album they've obviously had to expand their line-up in order to incorporate the new instruments. However, that doesn't seem to have created a problem with the songs or the music. 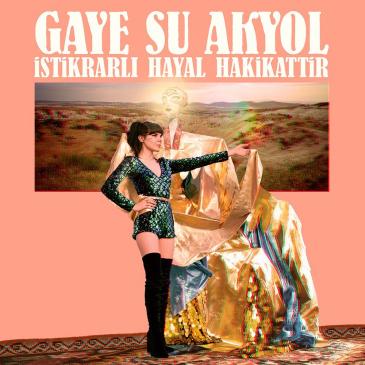 The great crisis of existence: the alienation caused by "war, or death, a sudden separation forever from a loved one, dreams for instance, the nature of species, what we look for in this weird planet, what we are not able to find, what we call real and what we turn down as dreams," says Akyol. "Dreams keep you awake and itʹs time to wake up"

Sometimes when players are incorporated with new instruments, they sound like they've been grafted on like extraneous limbs to a tree. Here it sounds like they've grown organically from the pre-existing whole to make something new.

As the album's title implies, the music creates a dream-like, almost hallucinogenic, quality which draws the listener deeper and deeper into the reality Akyol has created. For she does not believe that dreams are an escape from reality, but rather provide the key to waking us up to what is going on around us.

"In a difficult country like Turkey, bordering the Middle East, Europe and Russia, in an atmosphere that is increasingly conservative and in a world that contributes to this darkness with its own chaos and power struggles, I believe that we need to create a counter-reality in order to challenge organised evil and the horrible reality it creates, and the strongest option here is ʹconsistent dreamingʹ."

For non-Turkish speaking listeners we have to find our way to the consistent dreaming state she talks about without the aid of lyrics to guide us. However that is not as difficult as it sounds. The band's musical expertise allows them to create atmospheres which while, as said above, encourage dreaming, do not discourage thinking. We're never quite lulled to sleep as there's always something which serves to keep us firmly rooted in reality.

Akyol's vocalisations have a lot to do with that as she is able to weave her voice effortlessly through the music to move us through the transition from sleep to awareness. In talking about her musical influences she mentions one of the iconic voices of American pop music from the 1960s and 70s – Grace Slick – lead singer of Jefferson Airplane/Starship.Slick was famous for being able to transition between having her voice soar high into the stratosphere and returning to earth without apparent effort. While Akyol may not have the same vocal pyrotechnics as Slick, she has the ability to make mood and atmospheric transitions in songs which will leave you reeling.

It's the fact that her music is so grounded in her personal philosophy and outlook on life that lends the songs their intensity. Even without understanding the lyrics one gets the sense that Akyol's identity and beliefs are anchoring each tune. Her world view becomes our view as we listen.

Here is how she describes it: "this album is in search of the great crisis of existence, the assorted peculiarities that you are subjected to when you refuse to get used to and are alienated by things such as war, or death, a sudden separation forever from a loved one, dreams for instance, the nature of species, what we look for in this weird planet, what we are not able to find, what we call real and what we turn down as dreams. Dreams keep you awake and it's time to wake up."

Her use of DIY in describing the process of bringing this album to life brings to mind the old punk rock credo of the 1970s which caused a musical explosion. While the music on "Istikrarl Hayal Hakikattir" isn't what most people would call punk, the independent ethos and defiance driving it are very similar to what motivated punk bands. Gaye Su Akyol dares to show us how we can make dreams of a better world come true.

All eyes in Turkey are on a court hearing scheduled for January 30 into a child abuse case that allegedly occurred with the knowledge of one of Istanbul's most powerful Islamic ... END_OF_DOCUMENT_TOKEN_TO_BE_REPLACED

Any reconciliation between Turkey and Syria’s Assad regime would have disastrous consequences for many Syrians, explains Syria expert Kristin Helberg END_OF_DOCUMENT_TOKEN_TO_BE_REPLACED

The poetry of Pir Sultan once prompted uprisings in the Ottoman Empire. To this day, Alevis identify with him. Rainer Hermann visited Mehmet Celebi, a direct descendant of the ... END_OF_DOCUMENT_TOKEN_TO_BE_REPLACED

There are signs of an imminent normalisation of relations between Turkey and Syria. This would allow Erdogan to score political points domestically before the upcoming elections ... END_OF_DOCUMENT_TOKEN_TO_BE_REPLACED

Turkey will mark the centenary of the proclamation of the Turkish republic in October. But 2023 will be an important year in another respect too: Turks will go to the polls in ... END_OF_DOCUMENT_TOKEN_TO_BE_REPLACED

END_OF_DOCUMENT_TOKEN_TO_BE_REPLACED
Social media
and networks
Subscribe to our
newsletter