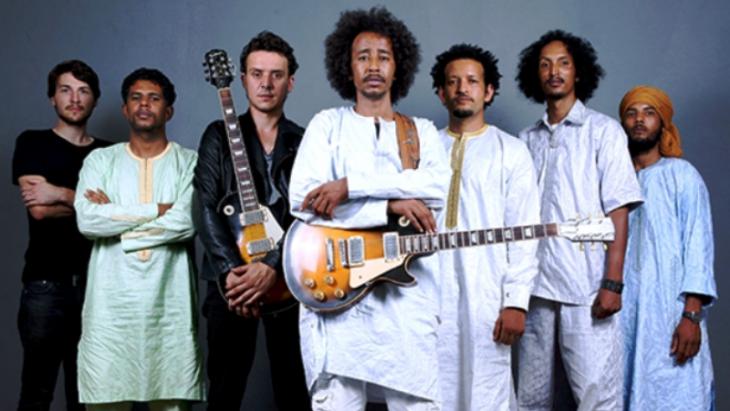 With ″Kidal″, its latest album of beautiful, heart-stopping music, Tamikrest is following in the footsteps of its Tamasheq predecessors and attracting a global following. Richard Marcus shares his impressions

There's something about the music of the Kel Tamasheq people, also known as Tuareg, of the Saharan desert which seems to strike a chord with audiences around the world. Since the 1990s the 'guitar bands' have been the conduit for their people's struggle for both cultural and geographical survival.

A nomadic people for over a thousand years, the breaking up of their traditional territories into the modern-day countries of Algeria and Mali in the north and Niger in the south has seen their ability to eke out a living as herdsmen in some of the harshest landscapes of the world severely curtailed.

While rebellions over the years have seen them win some concessions from various governments, the most recent one in 2012, not only failed to win them any territory, in some ways it left their culture and way of life even more endangered.

Persecuted in the name of Islam

For not only was the attempt to create their own territory in the northern region of Mali thwarted, it was also hijacked by forces with a different agenda. Instead of creating a homeland where the Kel Tamasheq could live as they had for centuries, reactionary religious fanatics attempted to impose their version of Islamic law upon the region. 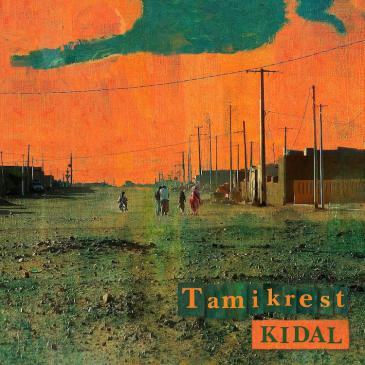 A heady mix of electric guitar, percussion and voice: Tamikrest builds upon the familiar desert blues sound and expands it in some unusual directions to form a beautiful trance-inducing sound collage

While Tuareg musicians had been targeted by governments before, this was different. Anyone caught playing a musical instrument faced having their equipment destroyed and possible arrest.

While that period is thankfully over, the threat to musicians still continues, as random terrorist attacks targeting musicians and performances spaces continue to this day in Mali. The famous musical gathering, Festival au Desert, held just outside Timbuktu, has now been cancelled for the fifth year in a row due to security concerns.

Yet in spite of this, bands like Tamikrest continue to produce music, as is evidenced by their newest release on Glitterbeat Records, Kidal. Tamikrest is one of the second generation of Tamasheq bands, following in the footsteps of their predecessors Tinariwen and like those who came before them they are attracting listeners around the world.

Part of the reason is probably the back story associated with the music and the musicians; the romance of songs being written under duress by a people struggling to keep their culture and traditions alive.

Popularity that transcends the language barrier

Yet few of the band's listeners outside of the Sahara region are able to understand the words to their songs and won't understand what they're about. In fact most of us can't even begin to comprehend the lives the majority of the people in the region are forced to endure. Still their music appeals and strikes a chord with their audience. Listening to Kidal, named after the town in Northern Mali the band calls home, it soon becomes obvious how their popularity transcends the language barrier.

Musically the group bears many of the hallmarks which have made previous bands from the region so popular. The heady mix of electric guitar, percussion and voice are just as impressive on their album as it has been on any other band's recordings, but Tamikrest have built upon the familiar desert blues sound and expanded it in some unusual directions. While songs like the disc's opening track "Mawarniha Tartit" contains all the elements we've become accustomed to hearing, all working together to form a beautiful trance-inducing sound collage, the fifth song, "Atwitas", is something new.

It's not that the elements have changed, it's how they've been used that makes the difference. First of all the pace is significantly slower, from the lyrics sung by front man Ousmane Ag Mossa to the guitars played by himself, Paul Salvagnac and Cheick Ag Tiglia and the drums played by Nicolas Grupp. Everything sounds drawn out and eternal. It's like the music is trying to encompass the endless space and constantly moving horizon of the desert.

There's a sound and a quality to this song which is eerily reminiscent of some of the earlier and more interesting work of the British 1960s and 1970s progressive band Pink Floyd. The guitar in particular is very similar to what I remember of their famous Dark Side of the Moon. This might sound like a strange juxtaposition, psychedelic music from the 1970s combined with the traditions of the Sahara desert, but they somehow make it work. It's not only a compliment to their musicianship, but also a nod to their willingness to let their music grow and not be stagnated by tradition or expectations.

The struggle goes on

Of course some things haven't changed at all. The lyrics still speak of those things that matter to the Tuareg. In the seventh song, "War Tila Eridaran", Ag Mossa sings "My love is my country/My ambition is freedom" and continues with "No being must live in oppression, ignominy and eternal repression." For all their modern use of effect boxes and a full drum kit, the band is still steeped in their people's traditions and still fighting the same fight.

The town of Kidal has long been one of the main cultural centres in Mali for the Tuareg and a symbol of their defiance and hope in a horribly uncertain world. Beset by those who try to impose a very narrow definition of Islamic law upon them and those who want to exploit the land sacred to them for the wealth that lies beneath the sands, the Tuareg seem to be fighting what many would consider a losing battle. However recordings like Kidal and bands like Tamikrest are signs that they aren't about to give up.

Kidal is an album of beautiful, heart-stopping music which will not only make you want to move your feet in time to its rhythms, but will have you pausing and visualising the environment which created it. As Ag Mossa says, "I wrote most of the songs when I was in the desert ... if you want to talk about the situation, you really need to live it."

We might not be able to live it, but listening to this album will allow us to appreciate their circumstances.

Home
Print
Newsletter
More on this topic
Official Tamikrest websiteAlbum review: "Alone" by Terakaft: The lions of Tamasheq musicAlbum review: "Bamako Today" by the BKO Quintet: A fascinating mix of the old and the newAlbum review: "Kirike" by Kasse Mady Diabate: "Understanding is what we wish for: to live in peace"
Related Topics
African music, Musical worlds
All Topics

Anansy Cisse's new release "Anoura" – literally 'the light' – is not only a fine example of Malian music, but the story behind the album is also a microcosm of the struggles ... END_OF_DOCUMENT_TOKEN_TO_BE_REPLACED

The end of July saw the launch of the African Union’s "Sauti" digital publication, the first young feminist platform in Africa, which this year showcases stories by female youth ... END_OF_DOCUMENT_TOKEN_TO_BE_REPLACED

Timbuktu, the ancient desert city in Mali, has always been shrouded in myths. Charlie English’s "The book smugglers of Timbuktu" proves that the city has not lost its magic. By ... END_OF_DOCUMENT_TOKEN_TO_BE_REPLACED

With "Amankor/The Exile", the Kel Tamashek band Tartit have produced another cultural treasure for the rest of the world to appreciate. Their original intent may have been to keep ... END_OF_DOCUMENT_TOKEN_TO_BE_REPLACED

Cultural arrogance has long been a feature of Western journalism and it continues to flourish. But can journalists really describe the world from the perspective of a Yemeni ... END_OF_DOCUMENT_TOKEN_TO_BE_REPLACED
Author:
Richard Marcus
Date:
Mail:
Send via mail

END_OF_DOCUMENT_TOKEN_TO_BE_REPLACED
Social media
and networks
Subscribe to our
newsletter