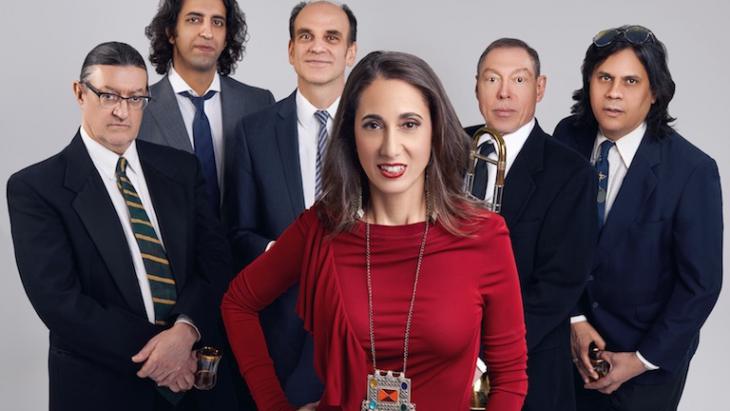 Founded by lead singer Yvette Saatchi Perez, Mitra Sumara aims to present positive aspects of Iranian culture to the West. While the American government might be making attempts to vilify Iran as a country, the band are doing their best to enlighten people about this country's unique music heritage. By Richard Marcus

Before we delve into "Tahdig", the debut album by Mitra Sumara – which translates from Farsi into English as ʹthe light of our friendshipʹ – we need to define what the musicians mean when they call themselves New York City's finest Farsi Funk band. While the New York City bit is self-explanatory, the whole Farsi Funk thing could do with some attention.

The popular music of Iran in the 1960s and 70s, before the revolution, combined elements of disco, funk and Latin music with Middle Eastern melodies and poetic lyrics. As a band Mitra Sumara are interpreting music that was made popular during those days by beloved Iranian singers, Googoosh, Soli, Leila Forouhar, while also re-working southern Iranian Bandari beat tunes.

However, this isn't the same funk James Brown made famous. Sure there are horns, bass and drums, but the music isn't as loud and brassy as that which most of us usually associate with the genre. There's a definite jazz influence that has helped to smooth some of the rough edges. That doesn't mean the music is any less good or interesting than other forms of funk, it just means it might take your ears a little while to get accustomed to what they are hearing.

More than a search for personal identity

Founder and lead singer Yvette Saatchi Perez discovered the music of 1970s Iran by a roundabout route. Aware that she was half-Iranian, it was only when she began searching for her natural father that she encountered the music of the country where he was born. Having established contact, she was moved to teach herself Farsi and founded Mitra Sumara. However, the band is not just an offshoot of a person's search for personal identity, but a love letter to the beauty of Iranian culture and music. 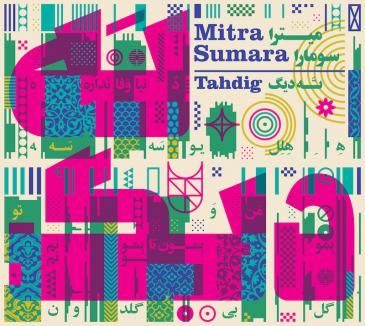 Truly versatile sound: what's truly fascinating about Mitra Sumara is their ability to play so many different styles of music, keeping them accessible to a wide variety of listeners without compromising on quality. It's requires a great deal of skill to walk the fine line of creating something that will appeal to a large number of people and not sound like you've sacrificed anything along the way

Perez and her fellow musicians; Peter Zummo (trombone), Bill Ruyle (hammered dulcimer), Julian Maile (guitar), Jim Duffy (keyboards), Nikhil Yerawadekar (bass), Michael Evans (drums/congas) and Kaveh Haghtalab (drums/percussion) all bring a wealth of experience to this new venture. Between them this group of musicians has worked in everything from jazz to rock and new music.


Aside from the novelty of the music's origins, since most of the source material for the album will be unfamiliar to most non-Iranians, what's truly fascinating about the group is their ability to play so many different styles of music, while keeping them accessible to a wide variety of listeners without compromising on quality. It's requires a great deal of skill to walk the fine line of creating something that will appeal to a large number of people and not sound like you've sacrificed anything along the way.

Right from the opening song, "Bemoon ta Bemoonam", it's obvious this band isn't afraid to take chances and make their music as interesting for themselves as it is for their listeners. The opening of horn and percussion quickly gives way to a tinkling electric piano and a choppy guitar sound, both of which feel as if they could have been lifted from almost any movie or T.V. show of the 1970s.

However, before we can make any assumptions on the way the song is going to develop, the horn and percussion return as an introduction to Perez's vocals. Singing in Farsi – hence Farsi Funk – her voice rises and falls like a bird in flight. But that doesn't mean she sings in a delicate whisper. Instead, she makes a forceful, one could almost say abrupt entrance and then, propelled by the music's spiralling ascents and descents, her singing guides the listener through the piece.

Of course not being able to understand Farsi prevents me from actually understanding what she's saying, or even what the song is about. However, as in classical opera where the sung line becomes another musical instrument, the lyrics are in some ways secondary to the experience of simply listening to the sound of her voice and how it works with the rest of the band.

Home
Print
Newsletter
More on this topic
The history of jazz in Iran: Creating a confluenceThe Iranian singer Mahsa Vahdat: "Every place can be my stage"Music in Rouhani′s Iran: A change in tune?
Related Topics
Dialogue of Cultures | Intercultural Dialogue, History of the Near and Middle East, Iranian music, Musical worlds
All Topics 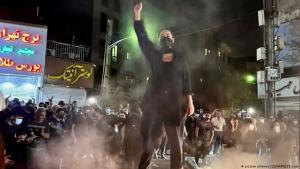 Political scientist and German-Iranian Ali Fathollah-Nejad discusses the protests in Iran and the long-term prospects for post-revolutionary political order. Interview by Michael ... END_OF_DOCUMENT_TOKEN_TO_BE_REPLACED

The protests in Iran have entered their third week with no indication that Tehran is prepared to address the demands that are echoing through the streets. Radio Farda’s Hannah ... END_OF_DOCUMENT_TOKEN_TO_BE_REPLACED

Just as the Islamic Revolution fundamentally changed Iran 43 years ago and had an impact far beyond the country's borders, the current wave of protests sweeping the country is set ... END_OF_DOCUMENT_TOKEN_TO_BE_REPLACED

The death of Mahsa Amini at the hands of Iran's "guardians of morality" is only the latest, tragic example – in a neverending chain of state repression and excessive police ... END_OF_DOCUMENT_TOKEN_TO_BE_REPLACED

In "Iran. Die Freiheit ist weiblich", journalist Golineh Atai describes the dogged resistance of courageous Iranian women against the Islamic Republic and the mullahs who have ... END_OF_DOCUMENT_TOKEN_TO_BE_REPLACED

Iranian artist Parastou Forouhar has lived in Germany since 1991. Full of rage, just like the protesters, she hasn't yet given up on the idea of justice. By Julia Hitz END_OF_DOCUMENT_TOKEN_TO_BE_REPLACED
Author:
Richard Marcus
Date:
Mail:
Send via mail

END_OF_DOCUMENT_TOKEN_TO_BE_REPLACED
Social media
and networks
Subscribe to our
newsletter