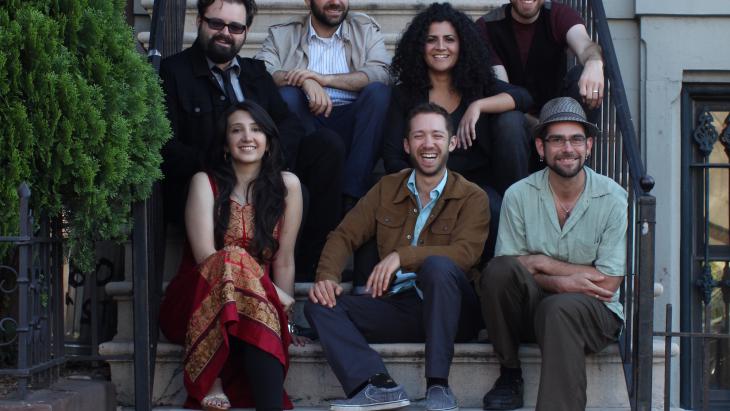 Album review: ″Sandaraa″ by Sandaraa
Fusion in the truest sense

Klezmer – the music synonymous with the Jewish settlements of 19th century Eastern Europe – and Baluchi, Pashto and Dari, folk music from Pakistan, would appear to have little or nothing in common. In their latest album, Sandaraa, the Pakistani/Brooklyn musical collaboration fronted by Michael Woodgrad and Zeb Bangash, provide a stunning example of how fusion can work. By Richard Marcus

There have been many attempts to merge European and South East Asian music, some far more successful than others. The difference in scales and structures are the usual stumbling blocks. Everyone from classical musicians, Yehudi Menuhin, to avantgarde jazz fusion artists, John Mclaughlin and his Mahavishnu Orchestra have all made interesting forays from the West, while Indian musicians have also done the same with recordings such as Miles From India (the work of American jazz great Miles Davis performed by Indian and American musicians).

So, the idea of merging Klezmer with music from the sub-continent quite frankly sounded a little far fetched. Yet what emerges on this release is an amazing meeting of minds and musical souls which crosses geographical and cultural boundaries. What Sandaraa have done is take traditional South Asian folk music and reinterpret it using the influences of Klezmer, thus skirting around the pitfall of sounding culturally appropriated. 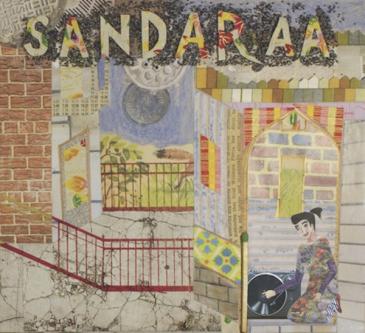 An amazing meeting of minds: "Sandaraa have taken traditional South Asian folk music and reinterpreted it using the influences of Klezmer, thus skirting around the pitfall of sounding culturally appropriated," writes Marcus

Instead what you have is a glorious celebration of the traditional regional folk music from regions in Pakistan whose music isn't as widely known – Baluchistan and Khyber Pukhtunkhwa.

This might appear an odd thing to say, especially when the album is a hybrid of musical styles, but somehow the band's transfusion of Klezmer sensitivities into these tunes imbues them with an energy that makes them appealing to any listener.

Perhaps it helps that the band members are a hybrid themselves. Bangash is an experienced vocalist, formally one half of Zeb and Haniya a wildly popular Pakistani singing group, while Winograd has played with everyone from classical violinist Itzhak Perlman to Klezmer experimental musicians like Frank London.

At first it's easy to believe you're listening to a collection of straight Pakistani music – especially on first hearing. It's only upon a second and third listening you begin to hear the Klezmer influences upon each title. Even the third track, "Bibi Sanem Janem", which opens with a clarinet solo and initially sounds like it could turn into something out of ″Fiddler on the Roof″, quickly evolves into something from much further East than the shtetls of Poland. While musically the song evokes the European tradition, lyrically and vocally it’s all Pakistan.

Bangash's vocals are at the core of each song and she does an amazing job of giving them all a strong focal point. Her voice either effortlessly floats with the music as if it were riding the crest of a wave or leads the music through the intricacies of a particular arrangement or tune. However, she never tries to impose herself on a piece. Instead she favours a symbiotic approach – both feeding the music and allowing it to nurture her.

This harmony between vocalist and music – and by extension the musicians – goes a long way towards making this particular combination of musical styles work. For even on those songs where the Klezmer influence is almost too subtle to be noticed – the disc's opening track "Jegi Jegi Lailajan" for instance – we're still listening for that one note – that one musical phrase – which will show us a distinction between the two musical worlds.

What's quite wonderful is how infrequent those moments are while listening. Even better is the fact that the more you listen to the album, the less you′re bothered about distinguishing between one style and the other. You reach the point where you're able to just sit back and enjoy the music being created – which is the point of the exercise in the first place.

This is not just some novelty item – "Fiddler on the Roof" goes Bollywood – or something equally silly. ″Sandaraa″ is an exciting and vibrant collection of songs in its own right. Yes, the band has taken two very distinct musical styles and combined them as one. However in the process they've created something that is true to itself, not merely a hybrid or oddity you listen to once out of curiosity. What it comes down to – all cultural significance aside – is that Sandaraa is a wonderful collection of musicians who play some quite amazing music. And isn't that what really matters anyway?

Home
Print
Newsletter
More on this topic
Official Sandaraa websiteNew music from Pakistan: A captivating mix of soundsInterview with the Pashtun musician Ismail Khan: "Music was the best resistance I could think of"Simin Tander and Tord Gustavsen: The harmony of mysticism
Related Topics
Dialogue of Cultures | Intercultural Dialogue, Musical worlds
All Topics

In Doha, Arabs from Morocco, Tunisia, Egypt and Algeria are gathering to celebrate the first ever FIFA World Cup to be held on Arab soil. The criticism from Europe? Over the top, ... END_OF_DOCUMENT_TOKEN_TO_BE_REPLACED

Canan Topcu came from Turkey to Germany as a child. In her essay, she describes how bothered she was by the racism she encountered in her country of origin when she travelled ... END_OF_DOCUMENT_TOKEN_TO_BE_REPLACED

All organisers use major sporting events like this year’s FIFA World Cup in Qatar primarily to advertise their country and promote a slick public image. This is not something we ... END_OF_DOCUMENT_TOKEN_TO_BE_REPLACED

Lamya Kaddor, MP for Germany’s Green Party, visited Qatar with a group of parliamentarians. In interview with Claudia Mende, she advocates a differentiated picture and urges that ... END_OF_DOCUMENT_TOKEN_TO_BE_REPLACED

COP27 in Sharm el-Sheikh is turning into a PR disaster for Egypt’s military regime. Instead of praise for the host, the news is full of solidarity for imprisoned activist Alaa ... END_OF_DOCUMENT_TOKEN_TO_BE_REPLACED

Comments for this article: Fusion in the truest sense

END_OF_DOCUMENT_TOKEN_TO_BE_REPLACED
Social media
and networks
Subscribe to our
newsletter