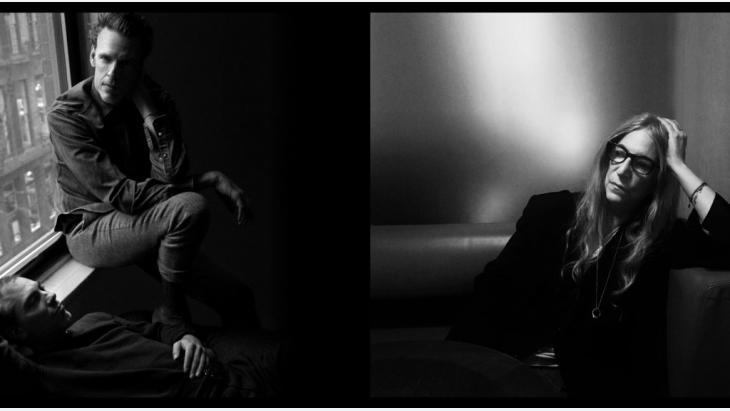 What do New York City poet and musician Patti Smith, the late French poet Arthur Rimbaud, composer Philip Glass, Ethiopian musician Mulatu Astatke and the Sufi Group of Sheikh Ibrahim have in common? After listening to the album "Mummer Love" from Soundwalk Collective, you may begin to find the connection. Review by Richard Marcus

The core of Soundwalk Collective are American based musicians Simone Merli and Stephan Crasneanscki who are joined by an ever-changing group of musicians and artists on a project-by-project basis. By combining their compositional approach – which incorporates everything from anthropology to the observation of nature and explorations in recording – with source material linked to a specific geographical area or person, they create works that bring both a time and a place to life.

Not just musically either, but spiritually and emotionally. At least that's what listeners to "Mummer Love" will discover. Here the musicians are working from a very specific period and place in history: Arthur Rimbaud's time in Harar, Ethiopia from 1880 -1891. After he stopped writing poetry, Rimbaud became a merchant and eventually settled in Harar, where he dealt in coffee and weapons.

Rimbaud also became friends with the Governor of Harar, Was Makonnen Wolde Mikael, future emperor of Ethiopia and Haile Selassie's father. More pertinent to this recording though is that at the time Harar was the epicentre for Sufism in Africa – in fact, to this day the city retains strong links to this mystical branch of Islam.

While "Mummer Love" is laid out like a typical CD with individual tracks, it really is the type of recording that needs to be listened to as a single entity. The whole album is a celebration of Rimbaud's fascination with the world of Sufism and its renunciation of the material in favour of the spiritual. According to the notes accompanying the album, Rimbaud left France to escape Western stagnation and, like the Beats of the 1950s, came to Africa looking for some sort of awakening. 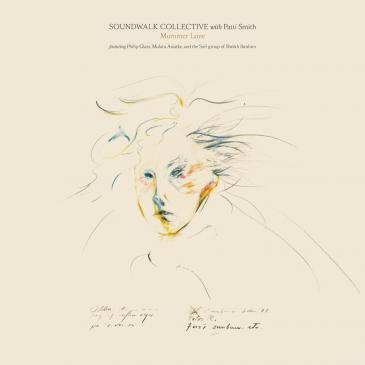 Bringing both time and place to life: American-based musicians Simone Merli and Stephan Crasneanscki – Soundwalk Collective – combine their compositional approach, incorporating everything from anthropology to the observation of nature and explorations in recording, with source material linked to a specific geographical area or person

The opening track, "Aw Abadir", is an unaccompanied solo voice singing a soft and melodious introduction to our tour through Harar and the various places Rimbaud visited, as well as to the sounds he might have heard during his stay here.

Following this overture we are given a ten-minute Philip Glass piece, "La Maison de Rimbaud". While Glass uses minimal notes to create a very austere selection, he still manages to evoke a sense of emotional connection to his subject matter that few could achieve with twice the effort.

Each note falls like a drop of rain onto the listener's ear, resonating as softly and persistently as the ripples in a puddle.

Usually we are so overwhelmed by the sounds generated by stringing notes together that we don't have the chance to fully appreciate a single note and its intrinsic beauty. In some ways this tonal poem reflects the importance of each individual word in a Rimbaud's work.

However, like everything else Soundwalk creates, this piece works on more than one level. Beneath Glass's piano, we periodically hear voices raise and lower in conversation and song. In this undercurrent we hear the background against which Rimbaud lived, the daily inhale and exhale of life in Harar.

The third piece on the album is named for Rimbaud's poem "Eternity". This piece pulls together the singing of the Sufi Group of Sheikh Ibrahim, Glass and Patti Smith reciting the opening lines of Rimbaud's poem. The chanting of the group, Smith's recitation and Glass' keyboard circle around each other, gradually creating a sound collage where each becomes almost indistinguishable from the other.

Yet somehow, they still manage to retain their specific identities. Unlike other recordings which use a culture's music to make some point or another and end up ignoring its real significance, "Mummer Love" is not only respectful, it also ensures the Sufi music is never diminished or relegated to being simply ornamentation.

In "Song of the Highest Tower", a different version of the poem that appears in Rimbaud's A Season in Hell, we again have Smith reciting excerpts from the piece in counterpoint to the chanting of the Sufi Group. However, instead of music being provided by Glass, here it is the work of Mulatu Astatke.

Astatke's percussion provides a wonderful counterpoint to both Smith's recitation and the Sufi Group's singing and chanting. Weaving in and out of each other, they create a texture that is both supple and entrancing. Much like Sufi music is said to be trance-inducing, here we are carried on the waves of sound and lyrics to delve deeper into the world of Harar as Rimbaud might have experienced it.

The album's title song, "Mummer Love", is an original poem Smith wrote in honour of Rimbaud. In many ways an ode to the poet, whom Smith has always cited as an influence on her work, it is also an exploration of the darker and, perhaps, earthier side of the poet. At times jarring and disturbing, the poem also shows how far from the norm of 19th century European life he was and perhaps why he was so comfortable in Harar.

Released on 10 November 2019 to commemorate the anniversary of Rimbaud's death on this day in 1891, and just like the poet, "Mummer Love" doesn't simply regard Sufism as an ornament. Instead Soundwalk Collective has gone to great pains to find the common ground between both the music of their guests and the poetry of both Rimbaud and Smith.

In fact one of the truly remarkable things about this recording is the way it manages to introduce listeners to lesser known aspects of Rimbaud's life and the wonders and joy of the Sufi music of Ethiopia at the same time. This album is a must for those who appreciate poetry and great music. 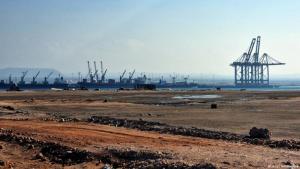 Dubai-based DP World is expanding its operations in Somaliland as part of a plan to turn the breakaway region into a major trade hub. Though Somaliland has relinquished commercial ... END_OF_DOCUMENT_TOKEN_TO_BE_REPLACED

For the first time since 1989, Algeria‘s authoritarian regime has sent a military parade marching through Algiers. A formidable show of strength designed to impress rival regional ... END_OF_DOCUMENT_TOKEN_TO_BE_REPLACED

A stage, lights, a mesmerised audience: it looks like an Egyptian folkloric concert, but Umm Sameh is singing to heal the sick by driving out the demons that possess them END_OF_DOCUMENT_TOKEN_TO_BE_REPLACED

From the Euphrates to the Mekong, dams that ensure one country's water supply risk leaving others parched. But shared water resources can be a source of peace as well as conflict ... END_OF_DOCUMENT_TOKEN_TO_BE_REPLACED

Racism exists in the Arab world. People with dark skin are discriminated against and often see their rights curtailed. Activists have had enough of such treatment and are starting ... END_OF_DOCUMENT_TOKEN_TO_BE_REPLACED

Hosting major sports tournaments can confer prestige on a country, but in the case of Egypt, the 2021 Handball World Championship will do little to repair relations with either ... END_OF_DOCUMENT_TOKEN_TO_BE_REPLACED
Author:
Richard Marcus
Date:
Mail:
Send via mail

END_OF_DOCUMENT_TOKEN_TO_BE_REPLACED
Social media
and networks
Subscribe to our
newsletter