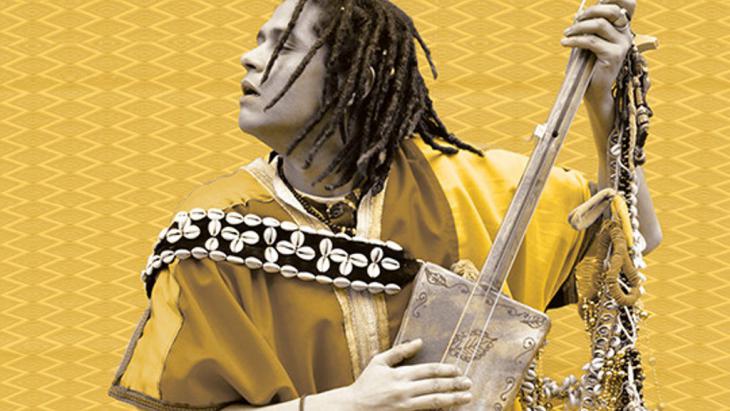 A wholehearted expression of devotion

The Moroccan musician Simo Lagnawi was raised in the Gnawa tradition and is an award-winning ambassador for Gnawa music. Never afraid to blend non-traditional elements into his work, he always remains true to his musical heritage. Richard Marcus was highly impressed by his latest album, "The Gnawa Berber"

While some would have us believe in a monolithic entity known as Islam, the truth is far different. As with other religions throughout the world, not only do individuals practice differing forms of orthodoxy, but there are also numerous spiritual practices within the faith observed by the wide variety of nationalities contained under the umbrella of Islam.

The news of the past few years has been filled with reports of those who practice a very narrow view of the religion, one that includes the banning of music. However, there's also a long tradition among Muslims of using music and dance as part of their spiritual tradition.

Whirling Dervishes and Sufism are both fairly well known, but there are other equally vital and vibrant forms of worship along the same lines dotted throughout the Muslim world. Many of these were born as a result of a marriage between Islam and tribal traditions that occurred when the religion expanded across North Africa. One of those practiced in the Maghreb (a region made up of Morocco, Algeria and Tunisia) is known as "Gnawa".

While Gnawa can also refer to a North African ethnic minority originating in the sub-Saharan, it is also used to describe people who participate in the musical and ritual tradition of the lila or derdeba ceremony. Performed over the course of a night, those taking part enter into a trance-like state and perform dances, allowing them to negotiate with the spirits. They begin each ceremony by singing invocations to God, the Prophet and Muslim saints in order to purify their intentions. Doubling as both an oral history and a spiritual rite, the dances and songs also serve as a means of remembering previous Gnawa and the stories of their people.

Morocco-born, London-based Simo Lagnawi was raised in the Gnawa tradition. Prior to settling in England, he travelled the breadth of the Maghreb learning both from a variety of masters and the various forms the music and dance of the rites can take. However, as his new album, "The Gnawa Berber" on Riverboat Records, shows, while he's obviously true to the nature of music, he's not afraid to incorporate what others would consider non-traditional elements into his creations.

Not only does he still use the music to evoke the likes of forest spirit Sandiye with the track "Sandika" and the guardian of the door to the spirit world Abdelkader Gilani with the song "Gilani", he also continues the tradition of being an oral historian. On "Malo", he recounts the tale of his own journey, and also includes traditional Saharan, Hausa and Bambara folk songs, which tell the stories associated with those people. Yet Lagnawi apparently isn't afraid of anything when it comes to building from this base. While the banjo (played by Louis Bingham) on "Sahara Wiya" does have African roots, Griselda Senderson's fiddle on "Dounia" and Freya Rae's concert flute on "Sima" definitely bring a European element to his sound.

What's truly amazing about the whole album is how seamlessly Lagnawi has incorporated these modifications into his overall sound. The first three songs on the disc are beautifully stark mixtures of rhythm and melody overlaid with Lagnawi's passionate vocals. You can feel the power of the music as it reaches out and pulls you into the atmosphere it creates. The staccato beat of the percussion (an instrument called the krakebs or qraqib, a type of metal castanet which makes a hypnotic clip-clop sound) is the foundation, but all the instruments work in concert to create the trance-inducing effects the music is known for.

Retaining the integrity of his ancestor's music

However, on the disc's fourth track, the above mentioned "Dounia", you begin to see how Lagnawi has expanded his personal musical horizons without sacrificing his musical heritage. The song commences much like the previous three on the disc, before being joined by the distinctive sound of a Celtic fiddle. Just to make sure nobody misses what's happening, Lagnawi playfully calls out just prior to Senderson's fiddle entering the picture "All the way from Scotland". At first it's a bit of a surprise to hear the sound of the fiddle over Gnawa rhythms. Yet once you get used to the new dimension in the music, it's hard not to notice how easily it fits in with the overall tone and feel of the song.

While there's no shortage of musicians who incorporate modern or non-traditional elements when performing the music of their forefathers, there aren't many who are capable of maintaining the integrity of the original at the same time. While not treating the music like a museum piece with no place in the modern world, Lagnawi's performance make it obvious he is rooted solidly in his tradition.

With some of the songs, it's the forcefulness of the beat that captures our attention and gives us an indication of the music's spiritual power. Yet the songs that seem to exude the most pull are the ones where Lagnawi's voice comes to fore. There's a rawness and abandonment to his singing that you rarely hear among today's carefully crafted pop music. He is opening himself up to what he believes exists beyond our physical world and in the process showing us the potency of his beliefs.

Inspired by the divine 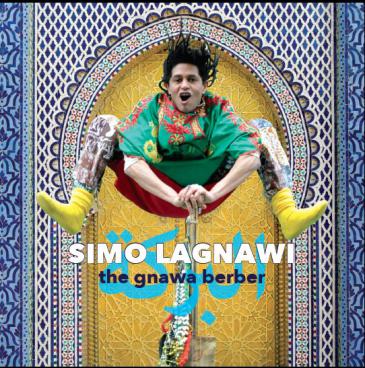 On his album "The Gnawa Berber", Simo Lagnawi is "opening himself up to what he believes exists beyond our physical world and in the process showing us the potency of his beliefs," writes Richard Marcus

The best music has the ability to evoke images of time and place in its listeners and "The Gnawa Berber" is no exception. It may sound slightly romantic, but upon hearing many of the songs on this disc, it's hard not to find yourself visualising the lands and people where the music originated.

This is a sound meant to be heard under the vast sweep of the desert's night sky, with stars overhead shining in counterpoint to camp fires dotted among the dunes. In Lagnawi's voice and the accompanying instruments you can hear generations of worshipers seeking to find a way to be closer to their God.

It has been said that the divine has long inspired humans to greater heights of creativity. Whether in the visual arts or music, some of the most awe-inspiring works have come about through our attempts to either represent or show our respect for our beliefs. Islam is no exception, and Lagnawi's music is an example of one form this expression takes. Like the poetry of Rumi or the dancing of the Whirling Dervishes, Gnawa music is a wholehearted expression of a performers devotion.

Liberal Islam: everything revolves around the Koran. In the search for a liberal interpretation, peculiar constructs occasionally emerge. By Alexander Flores END_OF_DOCUMENT_TOKEN_TO_BE_REPLACED

EU parliamentarian Dietmar Koester criticises the Union's failure to speak up when faced with human rights abuses committed by its Middle Eastern allies, while pointing out that ... END_OF_DOCUMENT_TOKEN_TO_BE_REPLACED

In her third and most recent novel, Paris-based Algerian author Kaouther Adimi writes almost prophetically about a rebellion by a handful of children against the rigid and ... END_OF_DOCUMENT_TOKEN_TO_BE_REPLACED

Mass protests began in Egypt on 25 January 2011. They triggered the overthrow of long-time ruler Mubarak. Ten years later, many human rights activists and journalists are in ... END_OF_DOCUMENT_TOKEN_TO_BE_REPLACED

Mass protests began in Egypt on 25 January 2011. They triggered the overthrow of long-time ruler Mubarak. Ten years later, many human rights activists and journalists are in ... END_OF_DOCUMENT_TOKEN_TO_BE_REPLACED

As the photo of Fairouz talking to French President Emmanuel Macron spread around the world, many asked if Arabs today had any contemporary stars of Fairouz's standing. In this ... END_OF_DOCUMENT_TOKEN_TO_BE_REPLACED
Author:
Richard Marcus
Date:
Mail:
Send via mail

END_OF_DOCUMENT_TOKEN_TO_BE_REPLACED
Social media
and networks
Subscribe to our
newsletter