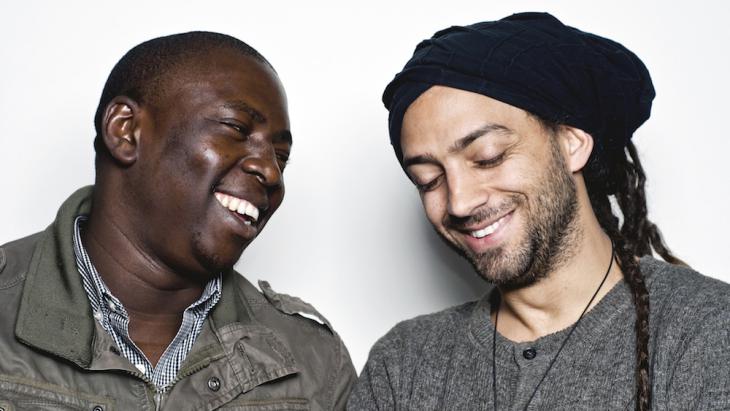 An Israeli keyboard player/composer, a Malian guitarist and a chance meeting in an airport that resulted in an amazing meeting of musical worlds. Richard Marcus on The Touré-Raichel Collective's second album, "The Paris Session"

When writing about a musical project featuring an Israeli Jew and a Malian Muslim, it is hard to ignore current reality. However, it is also important to remember that the story of Isaac and Ishmael ended with them coming together to bury their mutual father or how, for hundreds of years, Jews would find safe haven in Islamic-ruled countries when they were being shunned and persecuted throughout Europe. In fact, while I'm sure there are many who would deny this, history is more on the side of a Jew and a Muslim finding common ground with each other than they would with most others.

In the case of Israeli Idan Raichel and Malian Vieux Farka Touré, it was their music that brought them together. After a chance meeting in Europe, the two formed The Touré-Raichel Collective and released their first album, "The Tel Aviv Session", a few years ago. The plan was to record a second release in Bamako, capital city of Touré's native Mali, but the recent threats of violence against musicians there made this plan unrealistic. Instead they picked neutral ground and recorded in Paris. The result is the amazing meeting of musical worlds, "The Paris Session", which will be released on the Cumbancha label on 30 September 2014.

Both Raichel and Touré bring their own unique cultural perspective to their media. Raichel is best known as a composer/producer and keyboard player whose work with his Idan Raichel Project has seen him record with fado singers from Portugal, Israeli Palestinian singer Mira Awad and opera singers.

The son of famed Malian guitarist Ali Farka Touré (his 1996 album with American Ry Cooder, "Talking Timbuktu", brought him and Malian blues international attention), Touré is one of the best known exponents of Malian style blues music today. A mixture of electric guitar and traditional African instruments, this is the music that has given credence to Mali as the ancestral homeland of blues-based popular music. 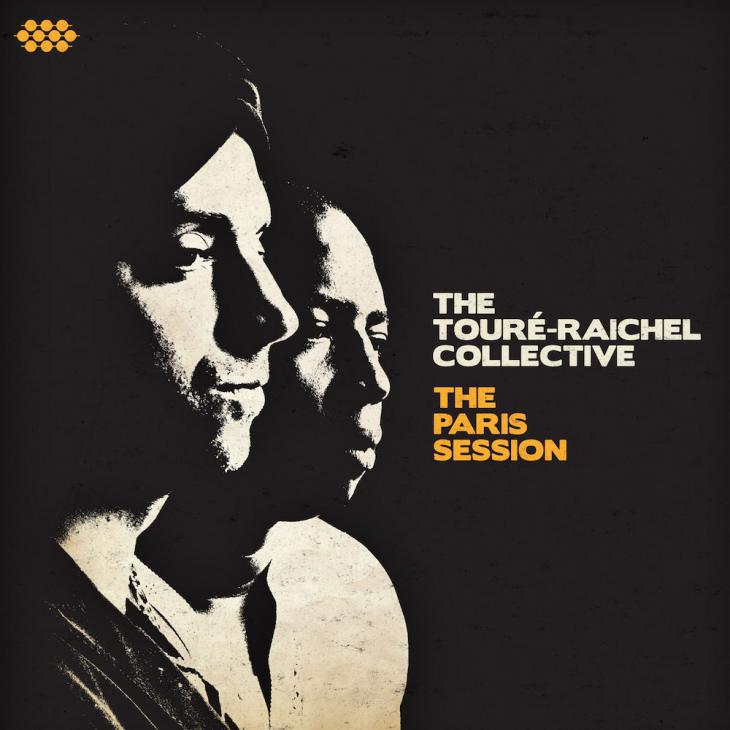 According to Richard Marcus, the "The Paris Session" by The Touré-Raichel Collective is proof both that there is "no gap that can't be bridged, no matter how wide the gulf might appear" and of "what's possible when people set aside differences and search for common ground"

Touré and Raichel co-wrote 12 of the 14 songs on "The Paris Session". The thirteenth song, "Hodu", was adapted from one written by Raichel; the fourteenth is a cover of Raichel's favourite song from Cooder's and Touré Senior's "Talking Timbuktu", "Diaraby". The core of their band for this recording was as follows: Touré (guitar and vocals), Raichel (piano, electric organ, Moog, bass and vocals), Daby Touré (bass) and Abdourhamane Salaho (calabash and congos). Other special guests also feature on the album: Niv Toar (trumpet) on "From End to End" and "Bandirabait";  Seckouba Diabate (vocals) on "Bandirabait"; Dialimory Sissoko (n'goni) on "Soumbou Touré" and Eyal Sela (flute) on "Gassi Gabbi".

What this ensemble of musicians has created is a wonderful mixture of musical flavours reflecting not only their own personal styles and musical backgrounds, but also the areas where they intersect to find common ground and then expand upon them to create a sound all their own.

In some ways, the album isn't merely a collection of 14 separate tracks; the songs feel interrelated. This doesn't mean that they all sound alike, but rather that there are thematic links that tie them together. Like a jazz or classical chamber music recording, the group has created something that works as an overall listening experience, not just a collection of strung-together pop songs.  However, unlike with jazz or classical chamber music, each song on this album also has various unique elements that give it its own character. It's as if over the course of the recording they kept building on an established foundation in order to find and explore new territory and expand each other's musical horizons.

Listening to tracks like "Gassi Gabbi", with flautist Sela, or "From End to End" and "Bandirabait", with Toar's trumpet, it's hard not to be reminded of jazz greats Eric Dolphy and Miles Davis, not only because these songs feature the instruments most associated with these two artists, but because of the manner in which they capture the same freedom of expression and haunting beauty those men were capable of creating. However, unlike their work, where the solo was the predominant voice speaking to the listener, here, while the trumpet and flute may stand out from the rest of the instruments because of their distinct sounds, they are only adding an extra layer of texture to what is being generated by the entire band. They are a true collective in that each musician is equally responsible for creating an integral part of the sound we're hearing.

Of course the band can't help but reflect its two leads, but what is amazing is how both Touré and Raichel have blended and modified their personal sounds. Touré especially impressed me with the versatility of his guitar work and the soulfulness of his singing voice. While I've always been impressed by his capabilities as a blues musician, his expressive and beautiful playing throughout the album were a revelation. His capacity for making his instrument an extension of himself and a means of expressing emotion is closer to that of a violinist than what we normally associate with the guitar. Without any extraneous flourishes he creates something both beautiful and intricate.

Raichel is an obviously gifted keyboardist, and on this recording we hear not only evidence of these abilities, but how he has an almost innate understanding of how his instrument can be blended into any situation. At times he's adding an extra layer of percussion while other times he's weaving magic on solos, leading the group off into some of the wilder areas of jazz. Yet no matter what his role is in a song, he also manages the impressive feat of never allowing his instrument to overwhelm the other musicians. His sensitivity as a player (and producer of the disc) to the needs of a group over that of the individual are emblematic of what makes this such a great band.

While a band is not, unfortunately, a macrocosmic reflection of the real world, in the case of the Touré-Raichel Collective, it can be an example of what's possible when people set aside differences and search for common ground. Nobody has been asked to surrender what makes them unique culturally or individually but they not only see something of themselves in each other, but create something new and exciting as well. Not only is this an album of great music that can't fail to appeal to anyone who listens to it, the very fact of its existence is a sign that there's no gap that can't be bridged, no matter how wide the gulf might appear.

Asmaa al-Atawna's debut novel "Missing Picture" has been published in German translation (Keine Luft zum Atmen – Mein Weg in die Freiheit). In it, she describes life in Gaza from ... END_OF_DOCUMENT_TOKEN_TO_BE_REPLACED

At the end of every year, the team at Qantara.de gives you a run-down of the ten most-read articles on the site over the past 12 months. Here is a quick overview of the stories ... END_OF_DOCUMENT_TOKEN_TO_BE_REPLACED

Palestinian Christians are an integral part of the Palestinian national movement. This is the conclusion reached by the Chilean-born Palestinian political scientist Xavier Abu Eid ... END_OF_DOCUMENT_TOKEN_TO_BE_REPLACED

Jesus – Issa in Arabic – doesn’t merely enjoy the highest place among the prophets in the Koran. He is also revered in Islam’s mystical tradition for his message of love and mercy ... END_OF_DOCUMENT_TOKEN_TO_BE_REPLACED

With reported hostilities against Israeli journalists and the flag of the Palestinian territories flying on the streets and in the stadiums, it is clear the World Cup in Qatar is ... END_OF_DOCUMENT_TOKEN_TO_BE_REPLACED
Author:
Richard Marcus
Date:
Mail:
Send via mail

END_OF_DOCUMENT_TOKEN_TO_BE_REPLACED
Social media
and networks
Subscribe to our
newsletter