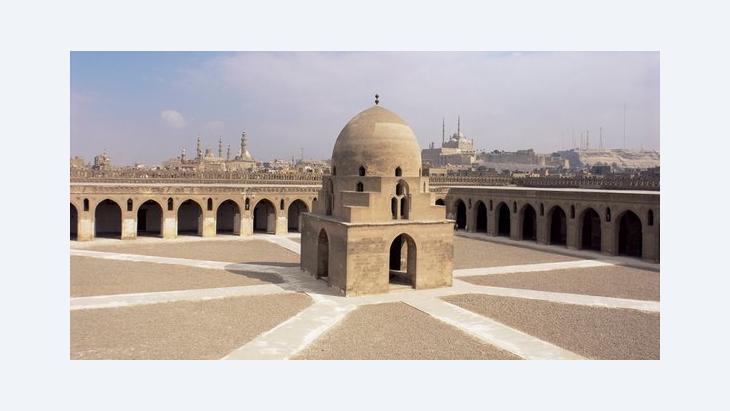 Islam in the Historical Context

﻿In his book, Alexander Flores confidently clears the decks of received wisdom on the Muslim faith. Flores limits his monograph to essential information and in doing so, avoids both apology and polemical discourse in equal measure. By Stefan Weidner

﻿A tabula rasa for books on Islam – now that would be something! In view of the profusion of publications on the subject available these days, only a specialist can separate the wheat from the chaff.

For someone weary of only hearing about the issue from the news and talk show perspective, what kind of material is out there? Someone who wants a halfway complete picture, with no particular focus on headscarves, Koran interpretations or individual Islamic nations? Someone who wants factual information that amounts to a comprehensible appraisal – one that he can refer to and share?

Until recently, such requirements would probably have best been fulfilled by certain publications for children. But now, anyone not put off by the sensational title "Zivilisation oder Barbarei?" (Civilisation or Barbarism?), can also reach for a copy of Alexander Flores' gleaming white paperback, published by Verlag der Weltreligionen. 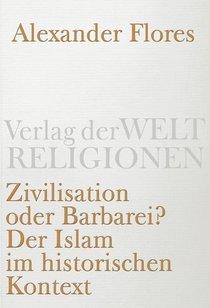 Analytical and of superior quality: In his book, Flores performs a tricky balancing act and avoids both apology and polemical discourse in equal measure

​​The superior quality of this compact work on "Islam in the historical context" is revealed when its approach is applied to current affairs. Take Salafism, for example. No one needs to know anymore than what is written here, but one should at least know this: The Salafist ideology previously had reformist qualities and was taken up by intellectuals such as the Egyptian Grand Mufti Mohammed Abduh, who died in 1905, to bring Islam onto an equal footing with Europe through the removal of impediments to modernity, without relinquishing its own identity in the process.

And one should also be aware of how, again in Egypt, Saudi-based forces within the movement opposing ideological opening initially lost in the political game against secular, pan-Arabic forces but later won the upper hand, and who now, stripped of any progressive potential, pursue a totalitarian branding of Islamic ideology.

On the other hand, the chapter on Islamic law shows just how "ambiguity-tolerant" the mediaeval Islamic world was in particular – an expression Flores borrows from his colleague Thomas Bauer: The historic significance of Sharia has very little to do with contemporary interpretation of the code by Muslim propagandists and those who fear Islam.

In the modern sense, this legal code was only generally applicable in the rarest cases; its draconian punishments were seldom carried out, if at all. Islamic law was low down on the list of rulers' priorities, and contrary to frequent assertions, there was no question of merging religion and state. For the faithful masses, Sharia served as a kind of compass – enabling them to navigate in all possible directions, and absolutely not just to Mecca alone.

The Koran readings of the German professor of Arab-world economics are also convincing: non-polemic, but no less self-assured and enlightened as a result. Flores does not conceal that which previously beguiled and alienated Goethe: the repellent threatening passages, for example – with the author's cleverly annexed reference to Dante's description of hell in his Divine Comedy where the Italian author famously denigrated the prophet Mohammed –, the variety of possible interpretations, the spiritual quality.

In his book, Flores performs a tricky balancing act and avoids both apology and polemical discourse in equal measure. He does not devote any lines to a detailed rebuttal of Islam criticism. This already finds all its motifs in Ernest Renan's notorious lecture on Islam from the year 1883, which is briefly quoted at the start of the volume. All further text is devoted to the facts, not to positive or negative fantasies.

Flores also largely leaves out the Palestine conflict and all political developments in the narrower sense. This is the only correct consequence to be drawn from the insights conveyed in this monograph. After all, as much as the Islam of our modern age is pocketed by politics and permeates it: the two have never really been one and the same.

Review translated from the German by Nina Coon

Home
Print
Newsletter
More on this topic
Reza Aslan's "No God but God": Demonstrating the Modernity of IslamThe Koran as a Text from Late Antiquity: Bridging the Gap between Orthodox Interpretation and New ResearchInterview with Gudrun Krämer: Fighting Islamophobia with Rational Arguments
Related Topics
Colonialism, Criticism of Islam, European Islam, History of Islam, History of the Near and Middle East, Islam and democracy, Islam and the West, Islam in Europe, Muslims in the West
All Topics

Arab women played a leading role in the protest movement of 2011. Since then, ongoing social transformation has had a considerable impact on their lives. What is their assessment ... END_OF_DOCUMENT_TOKEN_TO_BE_REPLACED

They’ve already got the Louvre; they’ll soon have a Guggenheim Museum as well – and now the Emirates have added literature to their quest for cultural supremacy in the Arab world ... END_OF_DOCUMENT_TOKEN_TO_BE_REPLACED

Years in the making, Sisi's elite New Administrative Capital will isolate most Egyptians from their centres of government in an effort to fortify the regime against any social ... END_OF_DOCUMENT_TOKEN_TO_BE_REPLACED

Professor Timothy Brennan's "Places of Mind: A Life of Edward Said" is a detailed biography of one of the most important intellectuals of the twentieth century, taking us on a ... END_OF_DOCUMENT_TOKEN_TO_BE_REPLACED

China has long portrayed itself as a strong supporter of the Palestinian cause. It has also claimed that in sharp contrast to the stance of the USA, its position is based on ... END_OF_DOCUMENT_TOKEN_TO_BE_REPLACED

Recep Tayyip Erdogan, disappointed by the European Union’s reluctance to integrate Turkey into its ranks, has re-directed his country’s diplomacy toward the Maghreb and Africa to ... END_OF_DOCUMENT_TOKEN_TO_BE_REPLACED
Author:
Stefan Weidner
Date:
Mail:
Send via mail

END_OF_DOCUMENT_TOKEN_TO_BE_REPLACED
Social media
and networks
Subscribe to our
newsletter