Algeria on Thursday offered to host a reconciliation forum on Libya during a meeting of African leaders discussing ways to end the long drawn-out conflict, the African Union said.

The talks were attended by Moussa Faki Mahamat, chairman of the African Union (AU) Commission and Ghassan Salame, the UN secretary-general's special representative, along with several African presidents.

An AU statement said it "has taken note of the Algerian offer to host a forum of national reconciliation" and underscored the pressing need for "an inclusive dialogue uniting all the Libyan parties... to find a Libyan solution to the crisis."

The African leaders had been due to meet behind closed doors with the head of Tripoli's UN-recognised government Fayez al-Sarraj and separately with envoys from strongman Khalifa Haftar, who controls eastern Libya.

The African leaders included the presidents of Congo-Brazzaville, which hosted Thursday's talks, as well as of Mauritania and Djibouti. There was no official confirmation if the meetings had taken place.

Due to its copious oil reserves, Libya was one of North Africa's richest states. Following the toppling of long-time dictator Muammar Gaddafi, the country was plunged into chaos. As a result of the ongoing civil war, large swathes of Libya could now even run out of drinking water. By Lisa Hanel 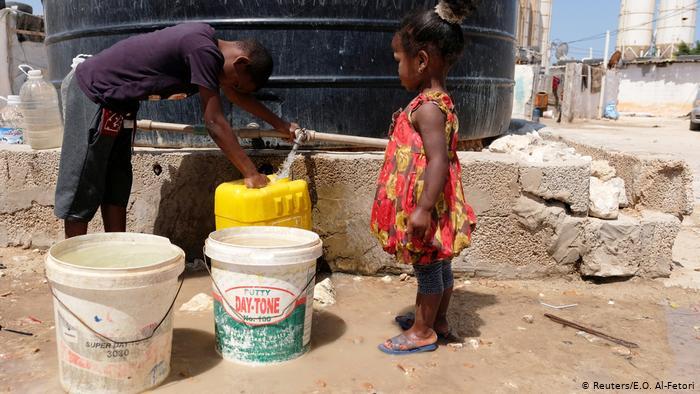 Lack of basic necessities: a health system crisis is looming in Libya. The western parts of the country in particular are running out of drinkable water. 101 of 149 conduits of the water supply system have already been destroyed in the wake of recent fighting 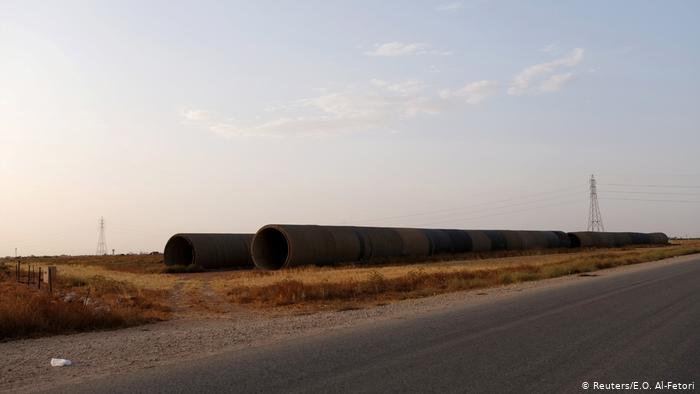 Modern water pipeline infrastructure deteriorating: Libya is mainly made up of arid desert. Under dictator Muammar Gaddafi, a vast pipeline system known as the "Great Man-Made River" was constructed during the nineteen eighties. These pipelines supply more than 70 percent of Libya's population with fresh water. However, since the fall of Gaddafi, the system has been damaged time and again 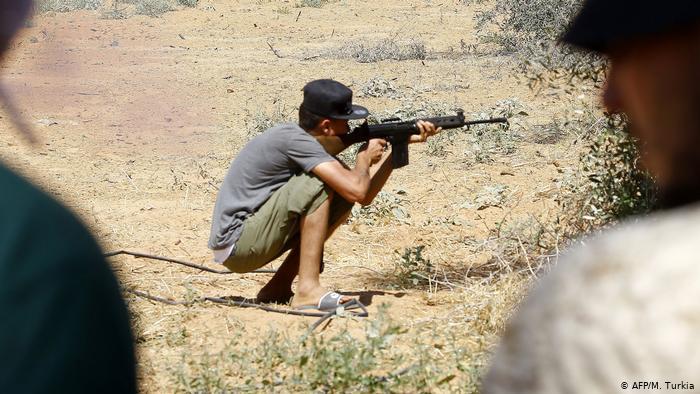 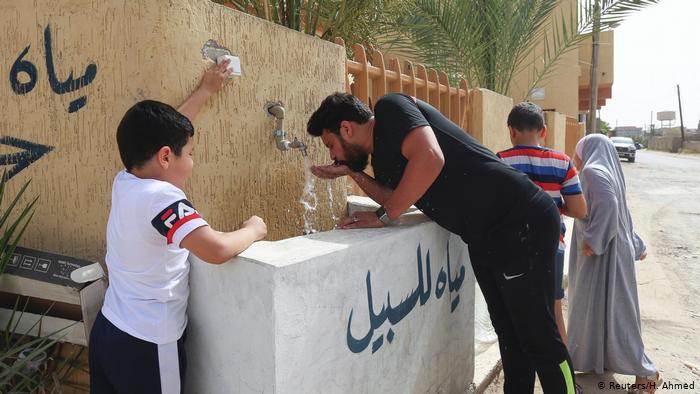 Target Tripoli: the LNA, in particular, has been using the water pipeline system in order to push through its demands, thereby endangering Libya's population. In May, armed forces loyal to Haftar forced water supply employees to cut off the main water pipeline to the besieged capital, Tripoli, for two days, in a bid to press authorities to release a prisoner 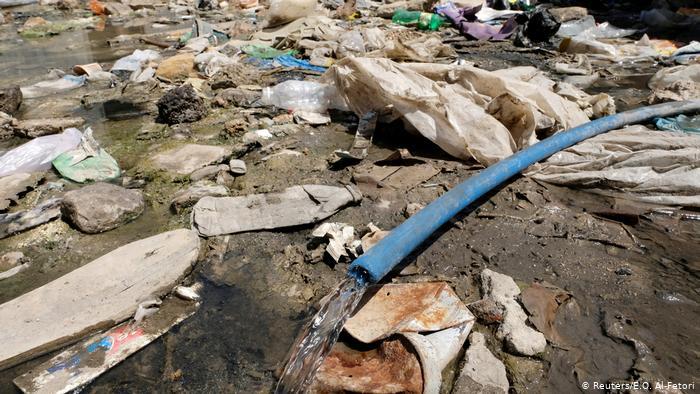 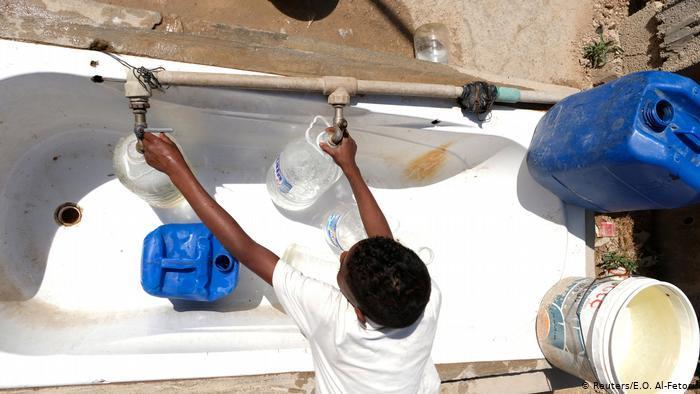 Health hazards: Mostafa Omar, a UNICEF spokesman for Libya, estimates that, in future, some four million people might be deprived of access to safe drinking water if no solution to the conflict is found. This could result in outbreaks of hepatitis A, cholera and other diarrhoeal illnesses 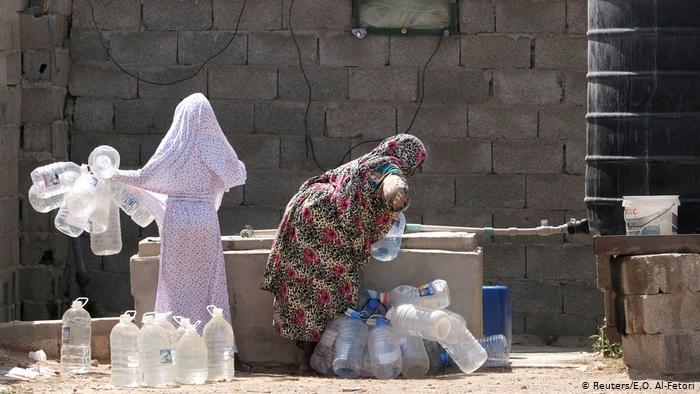 Drinking water not fit to drink: water is not only scarce, but it's also contaminated in many areas. Bacteria or a high content of salt make it unfit for consumption. "In fact, it's often no longer drinkable water," says Badr al-Din al-Najjar, head of Libya's National Centre for Disease Control

Salame on Thursday accused foreign actors of meddling in Libya in violation of commitments made at an international summit in Berlin this month.

"These manoeuvres to resupply the two parties threaten to precipitate a new and much more dangerous conflagration," he told the UN Security Council in New York. "They violate the spirit and the letter of the Berlin Conference," Salame said. "I urge the parties and their foreign sponsors to desist from reckless actions and instead renew their expressed commitment to work towards a ceasefire," he added.

Leaders of the 55-nation AU are to meet in Addis Ababa on 9 and 10 February.

Libya has been mired in chaos since a 2011 NATO-backed uprising that killed longtime dictator Muammar Gaddafi.

Turkey is planning a military deployment to Libya to shore up the UN-backed government, while Haftar is backed by Egypt, Russia and the United Arab Emirates.

The crisis has deeply worried countries to the south of Libya, which are already battling a bloody jihadist insurgency.

"Africa's worry is that there's a risk that all these weapons (from Libya) will transit through the Sahel," Senegalese President Macky Sall said on Tuesday.

The cargo ship Bana docked in Tripoli port on Wednesday, said the source, who asked not to be named. According to the Marine Traffic specialist website, the vessel was recorded on Thursday off the coast of Sicily.    (AFP)

END_OF_DOCUMENT_TOKEN_TO_BE_REPLACED
Social media
and networks
Subscribe to our
newsletter