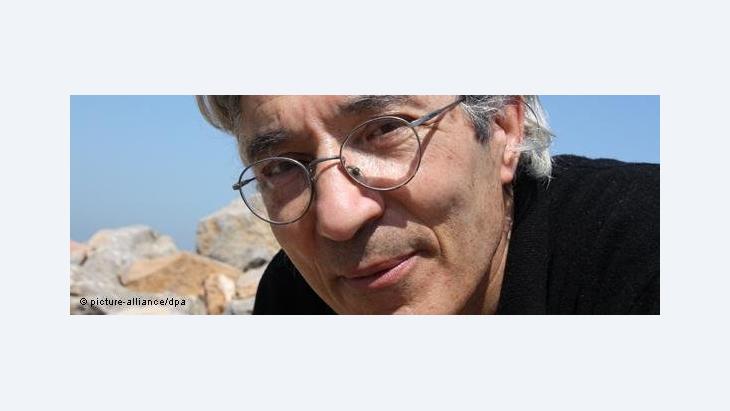 ﻿His books have cost him his job and landed him on the index of banned authors at home in Algeria, but Boualem Sansal remains a resident and activist there. His efforts earned him the 2011 German Book Trade Peace Prize. By Gabriela Schaaf

﻿This year, the political signal is clear and intentional with the conferral of the German Book Trade Peace Prize. The selection of Algerian author Boualem Sansal "is a symbol of support for democratic movements in North Africa," said Gottfried Honnefelder, head of the German Publishers and Booksellers Association, on Thursday.

Sansal's work has been banned in his home country for its political themes, although the author is considered Algeria's most internationally acclaimed writer.

The author is a "passionate storyteller displaying wit and empathy," wrote the prize committee in its official statement, adding that he combines those qualities with the courage to openly criticize social and political affairs.

"With his persistent pleas in favor of free expression and open dialogue in a democratic society, he opposes every form of dogmatism, terror and political arbitrariness," the committee stated.

Sansal became known to German readers by way of his 2009 novel, "Das Dorf des Deutschen," published in the US as "The German Mujahid" and in the UK as "An Unfinished Business." It tells the story of a German Nazi who goes into hiding after the war as a member of the Algerian forces fighting for independence from France. 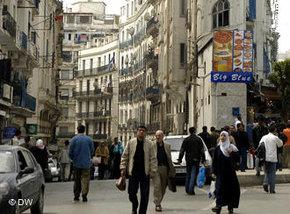 Unlike many of his literary colleagues in Northern Africa, Boualem Sansal decided not to go abroad. Pictured: A street in Algiers

​​Originally written in French, "The German Mujahid" is considered the first Arabic novel about the Holocaust - a topic that is still taboo in Algeria. The book was honored with multiple international prizes and translations but was banned in the author's home country.

Boualem Sansal was born October 15, 1949 in the Algerian mountain village of Teniet el-Had. He grew up in a working-class neighborhood in Algiers and later studied industrial economics before moving into high-ranking positions with the government.

Alongside his appointments in Algeria's Board of Trade in 1992 and the Department of Industry and Restructuring in 1996, he began writing. His first novel, "Le serment des barbares," was published in 1999 and brought him immediately into conflict with the state.

Initially, Sansal was put on leave from his position, but he was blocked completely from government work following two further publications in which he criticized political circumstances in Algeria.

Censored but not silenced

In 2006, the author issued a letter and appeal to fellow Algerians, demanding a "true democracy" in which the "vision of an enlightened, worldly citizenry could take shape." 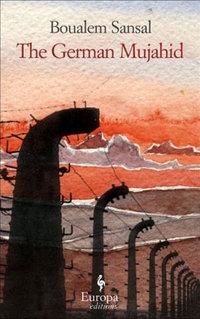 The first Arabic novel about the Holocaust: Boualem Sansal's "The German Mujahid"

​​The bold letter proved to be the last straw for the Algerian state, which banned all of Sansal's books.

Sansal has also been active in German media outlets, explaining the political situation North Africa to German audiences. One of his major concerns is the future of the protest movement.

In the German daily Die Welt, Sansal posed questions about whether groups including Islamists, Christians, democrats, the unemployed and others would succeed in "holding a dialogue and realizing a joint project? Or will they start a war to see who's capable of seeing their own project through?"

The fact that Sansal has remained in Algeria as a political activist despite the bans on his books has earned him enormous respect from his supporters at home. His commitment is also part of what earned him one of Germany's highest cultural honors. The literature peace prize carries explicitly political dimensions and has been awarded since 1950 to figures from culture, politics and the sciences who actively promote the cause of peace.

Traditionally, the prize is presented in October to cap off the Frankfurt Book Fair.

Sultana Khaya, 41, has been peacefully resisting the Moroccan occupation of Western Sahara for many years. Because of her campaign to assert the self-determination of the Sahrawi ... END_OF_DOCUMENT_TOKEN_TO_BE_REPLACED

Since Spain abandoned its traditional neutrality towards the conflict in Western Sahara, Morocco has announced a "new phase" in relations between the two countries. But what is ... END_OF_DOCUMENT_TOKEN_TO_BE_REPLACED

An increasing number of government ministries in Algeria are announcing they will abandon French in future. They may be reacting to the mood among the population, but the move is ... END_OF_DOCUMENT_TOKEN_TO_BE_REPLACED

Russia's ranking on the World Press Freedom Index has fallen again over the Kremlin's wartime censorship of the Ukraine conflict. From Myanmar to Mexico, journalists continue to ... END_OF_DOCUMENT_TOKEN_TO_BE_REPLACED

"Aboogi", on the City Slang label, is the latest release from Imarhan. Hailing from southern Algeria, Imarhan are one of the many bands that have emerged from the Tameshek ... END_OF_DOCUMENT_TOKEN_TO_BE_REPLACED

END_OF_DOCUMENT_TOKEN_TO_BE_REPLACED
Social media
and networks
Subscribe to our
newsletter