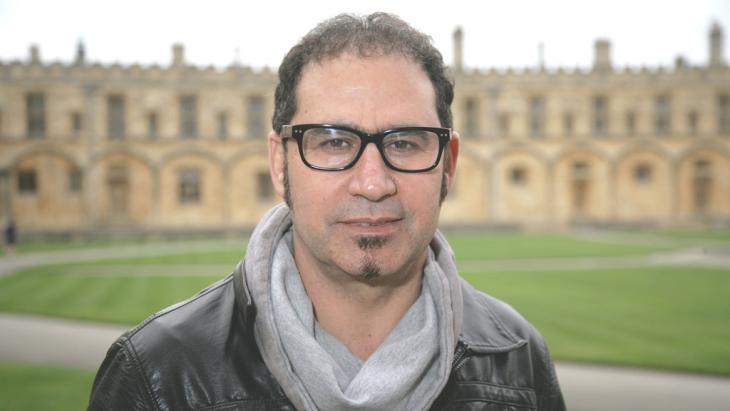 Bader has achieved significant acclaim both in Arabic and in translation as an author of philosophical fiction. The Iraqi writer′s twelfth novel, ″Al-Kafira″ (The Infidel Woman), published last year, however, signals a major break with his previous body of work. By Marcia Lynx Qualey

With the female-focused ″Al-Kafira″, Bader says, he leaves behind his masculinist first eleven novels.

Bader, who was born in Baghdad, began his career by writing and acting for theatre and film. His debut novel, ″Papa Sartre″ (2001), came at a moment of political change for Iraq and the wider region. After that, Bader issued a steady stream of novels that interleave philosophy and history. These books often centre on the lives of male musicians, artists and intellectuals. Bader said that, while writing these books, he was focused on how societies shift ″under the pressure of history.″

Acclaim was not slow in coming: ″Papa Sartre″ won Bader a State Prize for Literature in Baghdad in 2002. His other novels also earned applause from critics and readers alike. Both his 2009 and 2010 novels, ″Kings of the Sands″ and ″The Tobacco Keeper″, were longlisted for the International Prize for Arabic Fiction and ″The Tobacco Keeper″ has been translated into both English and French. But after writing another novel in 2011, ″Professors of Illusion″, Bader decided he could no longer keep writing the same sort of books.

″So I stopped for three years: to read, to study and to experiment″ 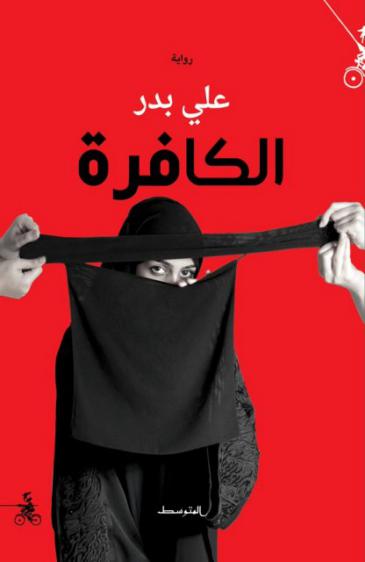 An invigorating new voice: "while his earlier novels were always interesting, they sometimes lacked emotional depth. Essentially, Bader still asks the questions that have animated his career – about identities, the relationship between ″West″ and ″East″, modernity and religious movements – but now, they emerge through a different sensibility," writes Lynx Qualey

It wasn′t just his aesthetics that changed in 2011, Bader says. His ideas about socio-political change underwent a massive shift. After what followed the 2011 Arab uprisings, he said, democratic reforms no longer seemed to be enough.

His interest shifted from the mechanisms of political reform to a social revolution. Women′s liberation, he said, ″is at the heart″ of this.

By then it was late 2014. Bader was in a refugee camp in Belgium when he met an Iraqi woman in a bar. He discovered later that she was also living at the camp and the story of her life inspired him to write ″Al-Kafira″.

After that, Bader found himself working in a theatre and he proposed writing his story for the stage. This French version premiered successfully in Belgium last year as ″Quand Fatima se fait appeler Sophie″ (″When Fatima Became Sophie″).

The play debuted on International Women′s Day and saw around 500 people come to its opening night. At the same time, Bader was also writing the novel version in Arabic.

″Al-Kafira″ felt like a big departure from his other books, Bader said, in part because it was the first time he′d written in the voice of a woman. ″In the past,″ he said, ″I couldn′t.″ But it′s not just the content that makes this novel different. Writing in a woman′s voice, Bader said, also influenced his style. In the past, he saw sharp distinctions between fiction and poetry and he attempted to ruthlessly exclude poetic language from his style. By contrast, ″Al-Kafira″ is written with more sensuality and a more lyrical approach. It also focuses on the details of ordinary life.

Bader′s readers have not abandoned him to his journey. The first edition of ″Al-Kafira″ sold out after two months and a second edition, of a further 5,000 copies, was published. It has also received significant attention from critics, with more than two dozen articles about ″Al-Kafira″ in the press.

Although Bader admitted most of these articles were by men, he said his non-professional readers seem largely to be women. At a recent book fair in Casablanca, Morocco, the majority of the readers who picked up the book were women. ″In the beginning, they saw the title and it attracted them. And then they bought it,″ he said. ″And some of them came back after a few days to talk about it.″

Bader now not only sees his future in a new light, but his past as well. ″Maybe in the past I didn′t sense women′s lives in my writing.″ This affected both his life and his work and the shift represents ″a chance to re-see my life, to see my personal history through a different lens.″

The change seems to have invigorated his work. While his earlier novels were always interesting, they sometimes lacked emotional depth. Essentially, Bader still asks the questions that have animated his career – about identities, the relationship between ″West″ and ″East″, modernity and religious movements – but now, they emerge through a different sensibility.

Bader says he finds his old masculinist, middle-class lens ″a very arrogant way to regard people. Now I try to approach ordinary people′s way of thinking.″

So, as he writes now, the novelist who once penned ″Papa Sartre″ thinks less about philosophy and more about how his characters eat, sleep, marry and fight. ″But in a poetic way – not drily or analytically. In ″Al-Kafira″, there is no judgement. A woman talks about her life.″

Women′s lives and liberations seem destined to form the focus of Bader′s new approach to fiction. Recently, he began work on ″a small novel about a Christian woman who was imprisoned by Daesh.″ He aims to finish the book by next year.

The European Union's top court has deemed kosher and halal slaughter incompatible with animal welfare. This is a grim day for religious freedom in Europe, writes Christoph Strack END_OF_DOCUMENT_TOKEN_TO_BE_REPLACED

One year after the burka ban in the Netherlands, Muslim women are reporting increased discrimination and violence. Adding to the frustration, face masks against coronavirus have ... END_OF_DOCUMENT_TOKEN_TO_BE_REPLACED

At the Goethe-Institutʹs Tashweesh Festival, artists and intellectuals from North Africa, Europe and the Middle East meet to discuss stereotypical gender images. By Caren ... END_OF_DOCUMENT_TOKEN_TO_BE_REPLACED

Belgium has been fighting religious radicalisation since it became painfully obvious that Islamists were operating in the country. Art and humour have become tools in the battle ... END_OF_DOCUMENT_TOKEN_TO_BE_REPLACED

In contrast to other cities in Belgium, violent Islamists have found next to no adherents in Mechelen. This is primarily due to the efforts of Mayor Bart Somers: he demands that ... END_OF_DOCUMENT_TOKEN_TO_BE_REPLACED

Iranian women′s rights activist Darya Safai fights the stadium ban for Iranian women from her exile in Brussels. An interview on her protest during the Olympic Games in Rio, the ... END_OF_DOCUMENT_TOKEN_TO_BE_REPLACED
Author:
Marcia Lynx Qualey
Date:
Mail:
Send via mail

END_OF_DOCUMENT_TOKEN_TO_BE_REPLACED
Social media
and networks
Subscribe to our
newsletter