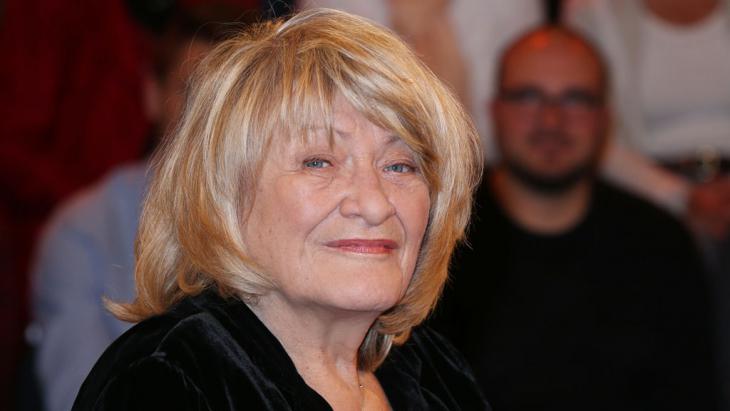 In her new book, Alice Schwarzer is the first to finger a definite culprit in the New Year's Eve incidents in Cologne: "sharia Islam". In her reasoning she adopts the same interpretation of the Koran favoured by Muslim extremists, while providing fodder for Islamophobic right-wing populists. By Khola Maryam Hubsch

The attacks that took place on New Year's Eve in Cologne are still gnawing away at the German consciousness. How was it possible that, on the central square of a German metropolis, women could be harassed on such an utterly unprecedented scale?

For Alice Schwarzer, the case is clear: "sharia Islam" was the culprit. After all, merely assuming that any and every "Arab" who happened to cross Cologne's Cathedral Square that evening would have participated in or condoned sexual violence would be "racist". Therefore, says Schwarzer, there can be only one "logical explanation" for the violence: the men must have been Islamists, followers of "sharia Islam". Such a conclusion is not only highly speculative; it is also rife with contradiction. At the same time it fans the flames of Islamophobia.

According to a theory put forward by Alice Schwarzer in her anthology ""Der Schock - die Silvesternacht in Koln" (The Shock – New Year's Eve in Cologne), published in German on 12 May, the Koran dictates the conduct of Islamists. The basis for their sexual violence would thus have to be Koranic verses that legitimise misogynistic behaviour. The blatant contradiction inherent in this assumption, however, is that the offenders did not even adhere to the most obvious of the Koran′s commandments. They were drunk and they made bodily contact with women who were complete strangers – both of which are forbidden in the Koran and thus contradict sharia law.

So is the Koran really decisive in determining behaviour or not? Following this line of reasoning, Islam is arbitrarily identified either as a powerful and dangerous ideology whenever an unwanted behaviour comes to the fore (even if the Koran incidentally prohibits it), or as an influential religion whenever socially beneficial behaviour is called for. 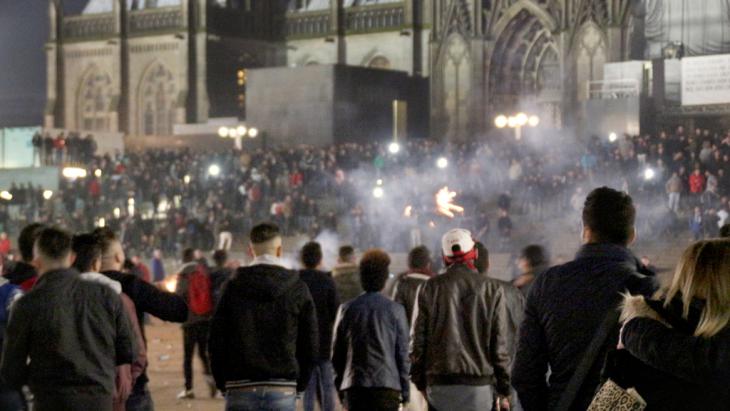 New Year's Eve offenders not even remotely sharia-compliant: they were drunk and they made bodily contact with women who were complete strangers – both of which are forbidden in the Koran

So the fundamentalist Islamists whose "sharia Islam" is allegedly the cause for the excesses in Cologne don't really care about observing sharia law, yet are so influenced by it that it makes them act in a misogynistic fashion? That is a daring idea. But unfortunately it is also a popular one in times of increasing Islamophobia.

While ignoring obvious contradictions, Alice Schwarzer relies on aspects that appear to confirm her world view to support her argument. That is what makes her thesis so dangerous. Indeed this form of selective perception accurately mirrors the approach taken by Muslim extremists. They, too, believe that the Koran fosters a misogynistic attitude.

Schwarzer ends up thwarting the efforts of all those Muslims who keep pointing out the obvious: that individual verses of the Koran must be interpreted in a textual and historical context. They must not be selectively extracted and then misused as an imperative for selfishly motivated behaviour. And therein lies the greatest offence by Alice Schwarzer and her co-authors. They do not try to expose Islamists for co-opting the religion for their own socio-political ends. Worse still: they merely confirm the Islamists' perverted reading of the Koran and identify it as the cause behind misogynistic behaviour of which 1.4 billion Muslims worldwide would then have to be accused. This makes them complicit with the extremists.

Instead of arguing on theological grounds and trying to make Koranic verses responsible for the crimes, it would have been more expedient to point out socio-psychological and socio-economic factors that contribute to sexual violence. And in fact Schwarzer does emphasise at the beginning of the book that the violence in Cologne was not a case of sexually motivated crime, but rather a demonstration of power. But yet she again makes the mistake of interpreting the young men's need for recognition and affirmation as being motivated by religion: the propagated battle against the "infidels" ostensibly leading to "delusions of superiority".

The central question, though, is in fact: what came first? The inferiority complex or Islamist ideology? Studies have shown that marginalised young men are more prone to engage in extremely physical or violent forms of demonstrating masculinity. Taking refuge in their physical superiority is their only way to restore a feeling of masculine power. Humiliating female victims allows them to attain a sense of mastery and control. In this way, they attempt to compensate for the experience of failure that accompanies unemployment and a lack of any prospects for the future. 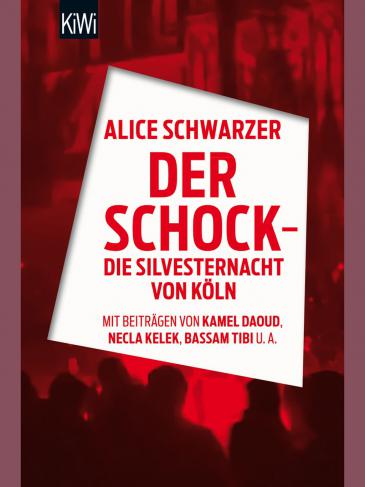 Blinkered perspective: "ignoring obvious contradictions, Alice Schwarzer relies on aspects that appear to confirm her world view to support her argument ... This form of selective perception accurately mirrors the approach taken by Muslim extremists. They, too, believe that the Koran fosters a misogynistic attitude," writes Hubsch

It is not their religion or ethnic background that causes men to fall into such behavioural patterns. A patriarchal socialisation can certainly be a contributing factor. But Alice Schwarzer squarely points to the mere fact of being Muslim as the main cause.

She warns of "cultural relativism" and of trivialising "sharia Islam", which in her opinion is what led to the rise of the AfD in the first place. In the process, though, she fails to recognise that her reasoning ultimately supplies a rich breeding ground for the Islamophobic slogans of a party like the AfD.

Instead of working together with Muslims to combat the radicals and criminals who give the religion a bad name, she accuses Islam itself of being the problem.

Instead of joining with Muslims to denounce patriarchal structures that perpetuate a sexist image of women, whether in the name of culture or in the name of capitalism, she suggests that a practising Muslim is per se hostile to women.

She thus aggravates the very experience of exclusion that drives young men into the arms of the Pied Pipers of political Islam.

We need to warn not against cultural relativism but against cultural chauvinism. We tend to turn a blind eye to the elements in our own culture that encourage sexual violence, trying instead to reduce the causes of unacceptable social behaviour to problematic factors in a culture that is foreign to us, one we declare to be backward. At the same time, we contend that the everyday sexual violence against women in Germany has nothing to do with condoning the excessive consumption of alcohol and the sexualised portrayal of women in popular culture, or at least that it cannot be attributed to these factors alone.

We thus sacrifice our credibility. On the one hand, we are trying to ward off the patriarchal influence of "Arab" culture and on the other, we play down the influence of sexism in our own culture in the name of capitalism.

The latter is something a younger Alice Schwarzer would never have done. She should think back on that – together with conservative Muslims, who, when it comes to this issue in particular, have a great deal in common with feminism a la Alice Schwarzer.

Khola Maryam Hubsch is an active member of the Ahmadiyya Muslim Community. Her book "Under the Veil of Freedom – What Islam Can Contribute to a Truly Emancipated Image of Women" (not available in English translation) was published by Patmos in 2014.

After at first agreeing to accept the grand prize as "Cultural Personality of the Year" in the Sheikh Zayed Book Award, Juergen Habermas then decided to decline the honour. A ... END_OF_DOCUMENT_TOKEN_TO_BE_REPLACED

Philosopher Juergen Habermas was due to be awarded a major Arab prize in Abu Dhabi, but has turned it down following criticism. This decision torpedoes Arab efforts at a ... END_OF_DOCUMENT_TOKEN_TO_BE_REPLACED

At nearly 92, Juergen Habermas is still advocating for a robust and transparent civil society. Now Germany's greatest living intellectual has rejected a book award from the United ... END_OF_DOCUMENT_TOKEN_TO_BE_REPLACED

Violent and racist crimes are on the up in Germany, according to official statistics on politically motivated crimes. Crimes by right-wing extremists hit their highest levels ... END_OF_DOCUMENT_TOKEN_TO_BE_REPLACED
Author:
Khola Maryam Hübsch
Date:
Mail:
Send via mail

END_OF_DOCUMENT_TOKEN_TO_BE_REPLACED
Social media
and networks
Subscribe to our
newsletter