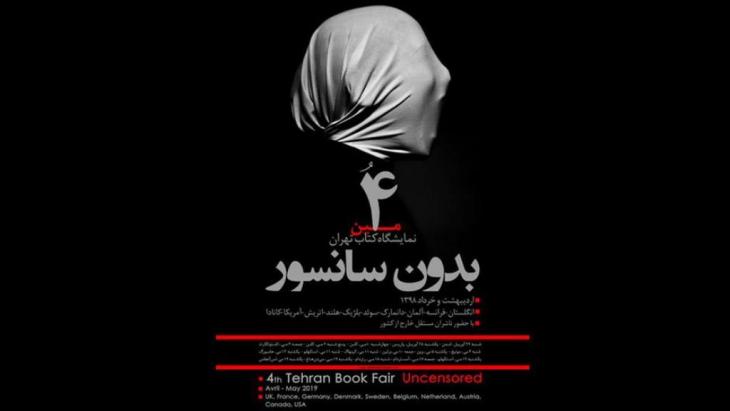 The Islamic Republic has a strict and often arbitrary system of censoring artistic and journalistic works. An in-depth investigation by writer Alireza Abiz uncovers the details and their impact on the book trade. By Gerrit Wustmann

Mahmoud Doulatabadi’s novel “The Colonel”, Amir Hassan Cheheltan’s novel “Revolution Street” and Shahriar Mandanipour’s “The Courage of Love”: three novels with much in common. Their authors come from Iran, they are viewed as important works of Iranian contemporary literature and they are highly political. All three works have thus far been published in numerous nations – but not in Iran.

None of these books stood a chance of receiving publication clearance from Iranian government censors. Every year, innumerable literary works share the same fate – of which only a modest number make it into German translation. The Islamic Republic has a rigid system of censorship affecting books, films, music, media reports and all other artistic and journalistic works. Anyone intending to publish a book must present it in advance to the Ministry of Culture and Islamic Guidance. This decides whether the work receives a publication clearance or ban – or whether it can be published with revisions ordered by the ministry.

Numerous essays have been written and statements made on the censor’s code of practice, most of them in interviews with Iranian authors in exile, but these do not delineate any clear strategy, in fact the accounts are sometimes even contradictory. This indicates the censor’s arbitrary methods. Now, London-based Iranian writer Alireza Abiz has conducted a thorough investigation of the censorship system. Abiz has published several volumes of poetry and translated poets such as Ted Hughes, Allen Ginsberg and William Butler Yeats into Persian. As a result, he has had to deal with the ministry several times himself. Translations of foreign-language works are also appraised and often censored.

Generous freedom of interpretation for censors

But for his book Censorship of Literature in Post-Revolutionary Iran: Politics and Culture since 1979 (Bloomsbury) published in late 2020, he doesn’t just talk about his own experiences with the censor. He also spoke to numerous colleagues and examined ministry documents and statistics. Some of these were published by the ministry itself; Abiz was also able to draw on his own correspondence with the ministry and also received material from other writers.

This enabled him to outline how the censorship system functions in detail, with the help of numerous text examples. The book also documents the history of censorship in Iran since the mid-nineteenth century. It is the first comprehensive study of its kind – and of course, its publication is banned in Iran. 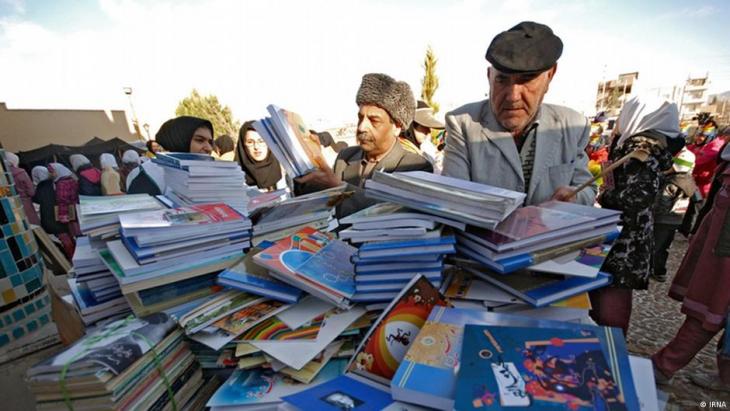 The Islamic Republic's rigid system of censorship: not only books, but also films, music, press products and all other artistic and journalistic works must be submitted to the Ministry of Culture and Islamic Guidance before publication. The Ministry decides whether the work is to be released or banned from publication – or whether it may be published with changes specified by the authorities

This despite the fact that the Iranian constitution guarantees the freedoms of speech and publication, with one reservation: in Chapter 3, Article 24 it says that this freedom must not "infringe the basic tenets of Islam or public rights". The formulation is extremely vague, more detailed provisions are laid down by laws, but it also gives the censors generous freedom of interpretation.

There are several core issues that are almost always problematic, for example criticism of Islam, or the Iranian government and its institutions, sexuality or alcohol. But there are no clear guidelines for writers submitting their work. While particular terms are sometimes censored, they are allowed to remain in other texts. For example, whereas the word "wine" is sometimes deleted, on other occasions it is acceptable. It frequently depends on whether censors are just looking for keywords or whether they also consider the context.

Abiz refers to the case of a book by Portuguese writer Jose Saramago, available in three different Persian translations. Different passages are censored in all three versions. While one translator had to wrangle with the censors over certain formulations, these appear in another edition published a long while back.

From time to time, says Abiz, censors also see themselves as literary critics and only refuse to authorise publication because they don’t like the book. In such a case, the reason given for the ban might be "banal content, poor writing style". 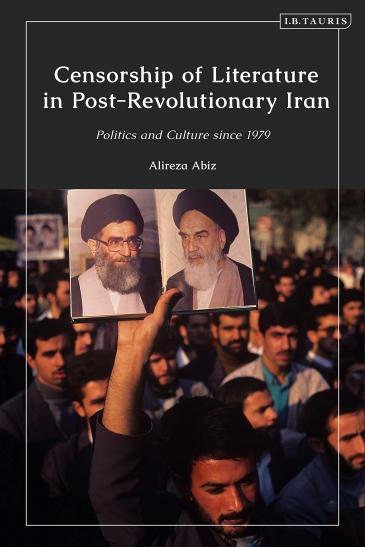 Iranian poet, literary critic and translator Alireza Abiz, born in 1968 and living in London, has published the first systematic study on censorship in Iran. Although there are numerous essays and statements by Iranian exile authors on the practice of censorship, these hardly reveal a clear line, and sometimes even contradict each other. Abiz has now investigated how exactly the censorship system works, based on his own experiences and those of his colleagues

That may sound amusing, but the effects are disastrous. An analysis of the ministry’s work in the years 1996 and 1997 shows that at least 10 percent of all fiction titles were banned. Most of the published books had sometimes undergone drastic revisions and deletions. This drives some writers to self-censorship; others are continually finding new ways to dodge the censor by concealing their content, finding new metaphors or working with old-fashioned terms that some censors may not be familiar with.

But these are all the more harmless aspects. While pro-government artists are showered with state subsidies, critical voices are systematically bullied. Not only are their works censored, but they are also banned from working and performing. Publishing houses can be shut down if they release undesirable titles too frequently.

And quite a few of these artists who withstand the pressure, who continue working despite all the harassment and who don’t go into exile, end up in prison under threat of torture.

No one has forgotten what became known as the "Chain Murders" of the late 1990s, when death lists did the rounds and many artists and intellectuals were murdered. To this day, critics of the state can face the death penalty.

But censorship and repression also produce an effect that the censors don’t want. Not just in Iran; the same goes for pretty much any nation that curtails the freedom of the word. Abiz quotes the poet Ahmad Shamlu, who points out that many books become bestsellers on Iran’s illegal market because of their censorship and the harassment of their creators, which also sometimes wins them international attention and even awards.

On the one hand this is a good thing, because the censor’s aim – to silence critical voices – is thwarted by its own actions. But Abiz also sounds a different note with a point of criticism: by focusing on persecuted and censored writers, the book industry and the media distort the true picture, he writes.

The few books from Iran that are published in translation are for the most part either banned at home or they are written by authors forced into exile. This completely obscures the fact that Iranian literature has so much more to offer than critical political works on the nation’s situation post-1979.

Alireza Abiz, born in 1968, is an Iranian poet, literary critic and translator. He lives in London.

Young women are driving forward the protests against the Iranian regime, which have been going on for months. Literature provides clues as to why that should be, and why the ... END_OF_DOCUMENT_TOKEN_TO_BE_REPLACED

Visiting the country of her parents, murdered by the Iranian regime in 1998, German-Iranian artist Parastou Forouhar finds a changed society: hopeful, strong and courageous, ... END_OF_DOCUMENT_TOKEN_TO_BE_REPLACED

Iran's president Ebrahim Raisi is overseeing an unyielding crackdown. The current situation grimly echoes his role in a purge of political prisoners in 1988 END_OF_DOCUMENT_TOKEN_TO_BE_REPLACED

Ballet performances are prohibited in Iran. In her film "1001 Nights Apart", director Sarvnaz Alambeigi documents the history of dance in the Islamic Republic. By Fahimeh Farsaie END_OF_DOCUMENT_TOKEN_TO_BE_REPLACED

Chinese President Xi Jinping's visit to Saudi Arabia in December 2022 may have rattled Washington, but it simply highlighted the Arabs’ desire to diversify their foreign relations ... END_OF_DOCUMENT_TOKEN_TO_BE_REPLACED

There are signs of an imminent normalisation of relations between Turkey and Syria. This would allow Erdogan to score political points domestically before the upcoming elections ... END_OF_DOCUMENT_TOKEN_TO_BE_REPLACED
Author:
Gerrit Wustmann
Date:
Mail:
Send via mail

END_OF_DOCUMENT_TOKEN_TO_BE_REPLACED
Social media
and networks
Subscribe to our
newsletter