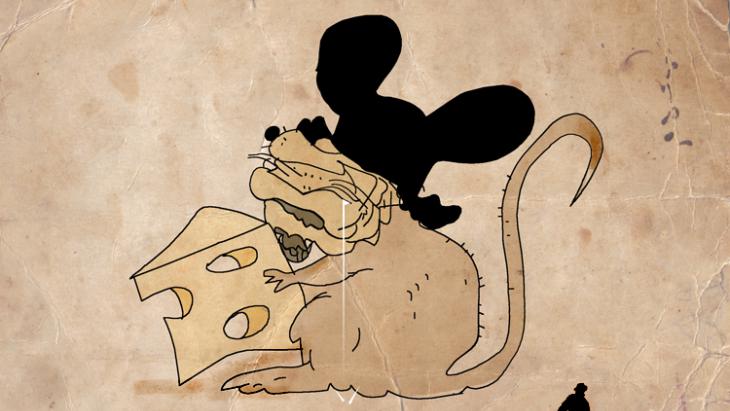 Since the 1970s, the Libyan Hasan Dhaimish, aka Alsatoor, has furnished a mostly Arabic public with daringly acerbic political observations about his former homeland. His son, Sherif Dhaimish, looks back over his long career – a career that is far from over

On Thursday 20 October 2011, I was sitting at my desk in a South Korean English academy as I watched the Arab Spring unfold from afar. While the revolutionary spirit swept across the region like a wild fire, igniting dormant Arab rage and discontent against the dehumanising force of institutionalised oppression, I kept in close contact with my father, Hasan Dhaimish; a Libyan whose formative years, national psyche and artistic consciousness is bound to the illusive dream of social transformation in the Arab world.

Hasan was stationed in the office of a newly-formed Libyan TV station based in Doha at the time, but the geographical distance separating us momentarily dissipated when we spoke via Skype as the harrowing images of Gaddafi′s mutilated body flooded local and international media outlets.

In this din of grisly celebration and bloody relief, I felt disorientated by the sudden surrealism of the moment; this was the corpse of the caricature I have known all my life. Although I was kept in the dark about the reality of the man it represented, I realised with time and maturity that it was for good reason.

Growing up in Benghazi during the 1960s, my father Hasan, aka Alsatoor, belonged to the generation that witnessed Libya′s first stint of independence for centuries. Gaddafi′s bloodless coup d′etat replaced the short-lived Kingdom of Idris II, inflicting a political division that continues to ravage Libya′s socio-political landscape.

Like many young Libyans, Alsatoor became disenchanted by Libya′s lack of prosperity and saw a move abroad as salvation from Gaddafi′s megalomania. His artistic flare already came to life at a young age with Libya′s political climate shaping his satirical style. He began ridiculing Gaddafi in the early 70s, though the cartoons were meant for nobody′s eyes but his own. 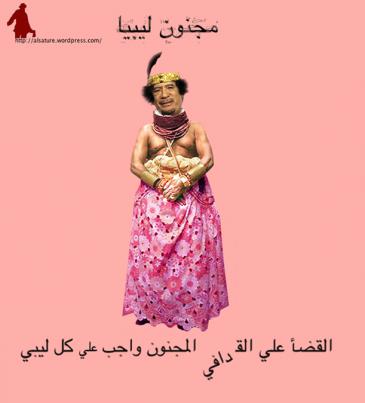 The voice of opposition: "Alsatoor remained an anonymous enigma within and outside Libyan borders; a mysterious persona that was the product of a slick pseudonym and a keen awareness of the risks involved," writes Dhaimish

He arrived in London in 1975 without a plan or governmental aid to facilitate an education; yet he somehow endured the turbulence of this asylum-seeking phase of his life.

Dodging all calls to return to Libya like bullets, he drifted to the northern city of Bradford in the late 70s and then made an impromptu journey to the nearby town of Burnley, Lancashire – a small post-industrial town where he worked in a number of catering jobs and met his wife, Karen.

Alsatoor was detached from the Libyan diaspora and immersed himself in a community that would end up becoming his home from home. On a trip to London in 1980, he spotted an Arabic newsstand outside Earl′s Court tube station:

″An orange magazine caught my eye from afar, so I went over, picked up and realised it was for the Libyan Opposition. It was about 4 pages with no contact information. I wanted to get involved with my cartoons. Luckily the bright blue magazine next to it had exactly the same articles inside along with contact information. I bought both, took them back to Burnley with me and wrote to them. The only contact number I had was my in-laws.″

Shortly after, mother-in-law Enid arrived at the newlywed′s flat with a phone number that would prove a gateway for his menacingly suave, private persona to enter the public sphere. Alsatoor′s work started being published in magazines and gradually attracted an underground cult following with his daring wit.

Once the Libyan opposition disintegrated, he remained dedicated to the cause and his work rarely lost momentum, despite raising a family and working full-time. Many of his friends, family and colleagues were unaware that he was part of an exiled community whose lives were at constant risk.

Between 1980 and 1987, Amnesty International reported 25 assassinations of ′stray dogs′ by the dictator′s international death squads. ″It is the Libyan people′s responsibility to liquidate the scum who are distorting Libya′s image abroad,″ Gaddafi warned. Alsatoor remained an anonymous enigma within and outside Libyan borders; a mysterious persona that was the product of a slick pseudonym and a keen awareness of the risks involved.

During the mid-2000s, after the ′New Libya′ had reopened its doors to the West, hopes of the regime′s collapse seemed more distant than ever. It emerged that MI6 and the CIA were exchanging details on dissidents for extraordinary renditions. 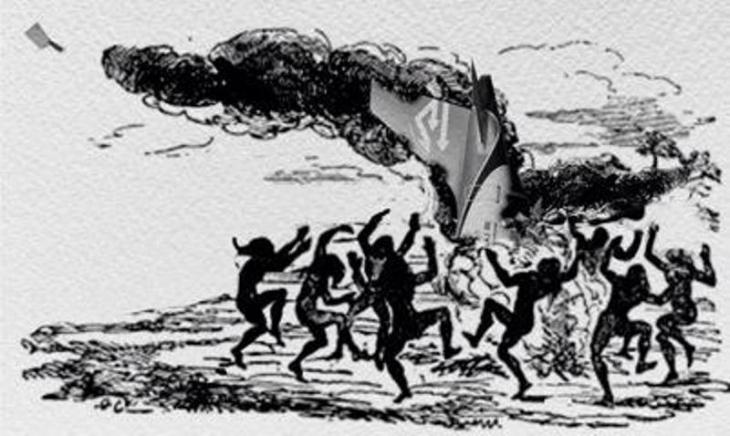 The Battle of Tripoli Airport was a battle of the Libyan Civil War (2014–present). It was fought in July and August 2014 between the Islamist New General National Congress Coalition (composed of the LROR and Misrata Brigades) and the Zintani Brigades, notably the Airport Security Battalion. It is reported that at least 90% of the airport's facilities and 20 aeroplanes were destroyed in the fighting. Flights to/from Tripoli now operate from Mitiga International Airport

After the revolution, one rebel detainee told Alsatoor that Gaddafi forces had interrogated him over his whereabouts and identity. He was elusive to say the least, but the regime′s technocrats had begun tampering with his family′s phone lines, Facebook accounts and emails during the late 2000s.

The looming threat seemed to be all the more real and I wasn′t sure if the persona had become a burden to my father: was this figure a response to a political necessity, or the mask a reflection of his true inner self? Years on, I came to understand it was neither – Alsatoor is not an individual; he is the personification of the enduring collective rebellious spirit of Libya′s fearless generation.

The country′s strict anti-dissent messages never deterred him from working, but there were limitations to his reach prior to the late 1990s, when he was regularly featured on blogs like Libya-Mostakbal and eventually his own.

The 21st century has further transformed the way his work is received, with several daily updates being distributed to thousands via social media, reacting to the ongoing metamorphosis of the political landscape.

Dream of an emancipated Libya

Dissidence requires consistency and a refusal to compromise on personal beliefs and political ideals. There are still instances when extraneous interferences have attempted to rattle his lampooning; yet no one has succeeded.

In 2013, he received several complaints from the General National Congress for his attacks on influential members of parliament. Around the same time, a senior member had invited us to their hotel in Doha for a casual gathering.

However, before reaching the room he suspected a ploy after recognising vehicles in the car park. He suspected it was something to do with the previous complaints and so we left with his integrity intact. 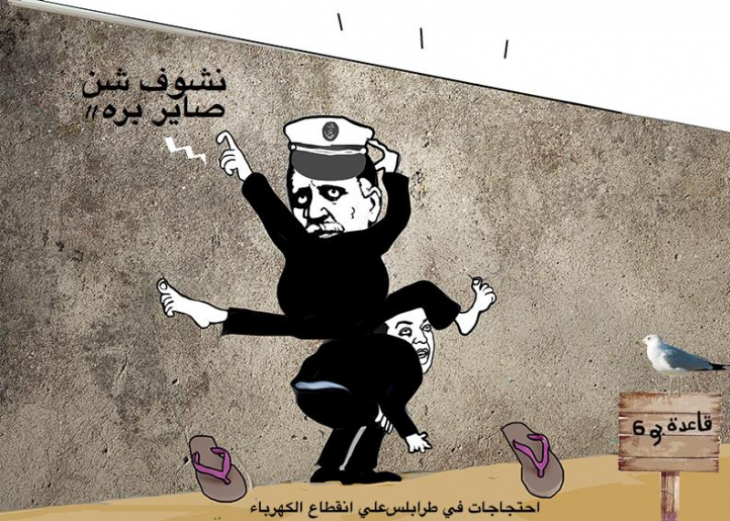 Highly topical: Libya's population has been forced to cope with frequent power cuts in recent months. The electricity supply in the east of the country was severely interrupted in January when a power station in Benghazi came under artillery fire. The end of May saw striking electricity workers and military operations around Sirte impacting on Tripoli′s supply. Power cuts in the capital lasted for up to 18 hours. Those who could used generators

Alsatoor′s inner rebel resists censorship, which may not be financially rewarding, but is the key to personal fulfilment and political commitment. More than five years since Benghazi was liberated from Gaddafi forces, the fight continues for security and stability, feeding Alsatoor′s acerbic imagination and fuelling his illusive dream of an emancipated Libya.

Through the power of provocative, exaggerated artistic expression, Alsatoor has pierced the veil shrouding the harsh realities underlining Libyan life and relentlessly subjected Libyan politicians to the public scrutiny they attempted to quash through violent censorship.

Five years ago, I naively believed that Alsatoor had fulfilled his purpose, but now I realise that this mocking, menacing persona can′t be exorcised until Benghazi returns to its people. Until then, his pen will remain the weapon of his committed political dissidence, proving that in this age of post-revolutionary terror that the pen is mightier than the sword, or in Libya′s case, the suicide belt.

Cries of "Benghazi!" still resonate across the USA ten years after a deadly terrorist attack in Libya killed the U.S. ambassador and three other Americans. Ethan Chorin re-tells ... END_OF_DOCUMENT_TOKEN_TO_BE_REPLACED

After a two-year hiatus, the Arab League re-convened at the beginning of November in Algiers against a backdrop of uncertainty and discord. By Pierre Boussel END_OF_DOCUMENT_TOKEN_TO_BE_REPLACED

In the run-up to the COP27 global climate summit, hosted by Egypt in November, it is worth noting that little rainfall, aggressive heatwaves and worsening drought make the Middle ... END_OF_DOCUMENT_TOKEN_TO_BE_REPLACED

The southern shores of the Mediterranean Sea are losing sand faster than almost anywhere else. The ecological and economic damage is immense. The good news is, there are ways to ... END_OF_DOCUMENT_TOKEN_TO_BE_REPLACED

A ceasefire has been in effect in Libya for the past year and a half. Yet after Russia's attack on Ukraine, another proxy war looms in Africa's most oil-rich country. Mirco ... END_OF_DOCUMENT_TOKEN_TO_BE_REPLACED
Author:
Sherif Dhaimish
Date:
Mail:
Send via mail

END_OF_DOCUMENT_TOKEN_TO_BE_REPLACED
Social media
and networks
Subscribe to our
newsletter