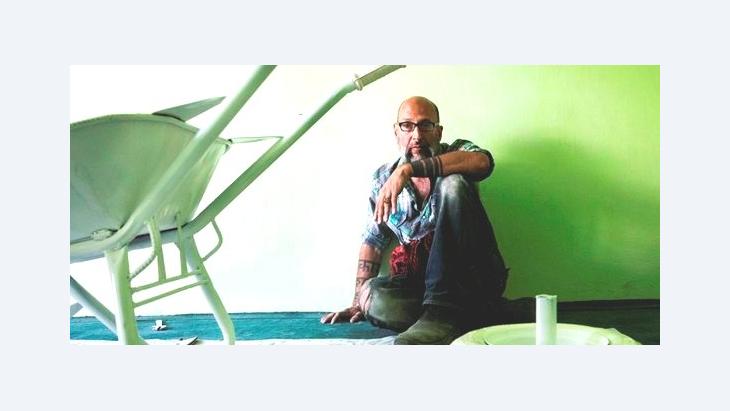 ﻿For the first time, Afghanistan takes centre stage at this year's Documenta 13. The world's most influential international art exhibition has recently opened its doors in Kassel, Germany. The affiliated Documenta event in Kabul is curated by Aman Mojadidi. In this interview with Martin Gerner, he talks about the challenges facing Afghan contemporary art

What were the challenges you faced bringing Documenta to Kabul?

Aman Mojadidi: The hardest thing for me curating Documenta in Kabul was that I don't really consider myself a curator, I'm more of an artist. This was quite a challenge, as was the timing of the event.

Over the past three years there has been a major international push into Afghanistan to encourage the support and funding of the arts as part of a number of publicity and information campaigns. This goes for the United States, Britain, France and others. These countries are investing a great deal of money in such activities as a way of creating a sense that Afghanistan is apparently in a much better state than it was before, paving the way for the planned military withdrawal. This funding is set to diminish from now until 2014, in fact this reduction process has already begun. So the difficulty is whether or not Documenta is going to end up being just another of these initiatives.

Many Afghans are critical of donor aid and NGOs. After two years of preparatory work, can you say that Documenta Kabul has escaped this negative view?

Aman Mojadidi: Things are still quite difficult. Dealing with simple matters such as the way the seminars were carried out, for example. 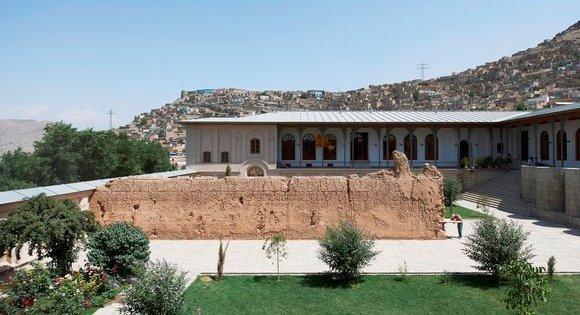 This year's Documenta is physically and conceptually sited not only in Kassel, Germany, but also in Kabul. Pictured: Adrian Villar Rojas's 2012 installation "Return the World" in Kabul (photo: Roman Mensing, art-magazin.de)

​​Rather than adopting an instructive approach, Documenta aimed to make them highly interactive. Some artists used the seminars to create collaborative artworks rather than teaching based on the "you-need-to-learn-what-I-know" model.

Which Afghan artists are involved in Documenta Kabul?

Aman Mojadidi: There is myself; Khadem Ali, who primarily works on contemporary miniatures; Jeanno Gaussi, an Afghan artist based in Berlin who does multi-media work; and Zalmai, a photo-journalist who produced something more artistic for Documenta.

Then we have Zolaykha Sherzad, who works as a textile-based designer; and Masood Kamandy, who works with digital photography and has created a programme that can take several photographs simultaneously and collapse them into one image, creating the effect of an abstract painting.

We also have three artists selected from the seminars in Kabul: Qasem Foushanji, Mohsen Taasha and Zainab Haidary, each of whom works in different media – Mohsen in contemporary miniatures, Zainab in abstract painting and Qasem in mixed media installations. They were selected for a three-week residency in Kassel and for their work to be exhibited in Kabul as well.

Then there is Rahraw Omarzad, who's been running a contemporary art centre in Kabul for some time; Mariam Ghani, an Afghan-American presenting a film and video work; and Barmak Akram, a filmmaker who has created mixed media installations for the occasion.

You talk of Afghans and what you call "Halfghans", meaning Afghans with a double or multi- identity participating in the Documenta. How would you define Afghan art?

Aman Mojadidi: The contemporary art movement in Afghanistan has been stunted for so long. It has seen a resurgence over the last few years, but I would hesitate to label it "Afghan art" because, like the work of artists exhibited in Kabul and Kassel – it is not linked to nationality. 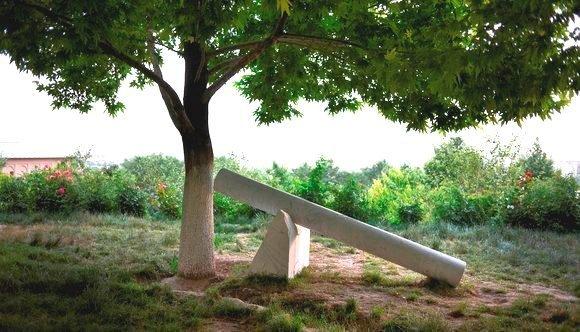 ​​It is a similar story with contemporary Middle Eastern art, in that these days it is much more a reflection of geopolitical influences. In a European context, rather than referring to "French art", you would be more likely to describe a piece as by a French artist in a specific context.

On the other hand it is true that in the context of Afghanistan, political and ethnical issues are still quite charged.

What will Documenta change for Afghan art? Do you sense any long-term effect?

Aman Mojadidi: Funding is obviously always an issue. I would like to think that after the exhibition, the financial aspect of Documenta will lose some of its significance. Afghanistan has developed a culture of dependency on funding, and the influx of large sums of foreign aid has in some way hampered individual motivation and creativity. In many instances, people are waiting for money to come in before they actually take any action.

For me sustainability is an obscure word. It suggests that solutions will always come from elsewhere, which would be a false concept. A truly sustainable approach would probably be for Afghan artists to form collectives and organise exhibitions on their own initiative.

Born in 1971 in Jacksonville Florida, Aman Mojadidi lives in Kabul, Dubai and Paris. Mojadidi has played a key role in the resurgence of the Kabul art scene since 2001.

Germany’s electorate includes some 7.4 million citizens with international roots, while many more millions of residents from abroad aren’t allowed to vote. Both groups are often ... END_OF_DOCUMENT_TOKEN_TO_BE_REPLACED

International relations are shifting across the Middle East as regional powers adapt to America's retrenchment and China's growing influence. Although the region could become the ... END_OF_DOCUMENT_TOKEN_TO_BE_REPLACED

A deluge of books, movies, series and cover stories: ever since the events of 9/11, the West has seemed almost manically preoccupied with Islam. Yet this has rarely led to deeper ... END_OF_DOCUMENT_TOKEN_TO_BE_REPLACED

Despite their promises of "moderate" rule, the Taliban have announced the end of mixed classes in universities and a ban on sports for Afghan women. Many are taking the streets to ... END_OF_DOCUMENT_TOKEN_TO_BE_REPLACED

Twenty years after 9/11, the world is faced with the dual challenge of Islamophobia and anti-Westernism. Ahmet Kuru argues that Muslims in the West, well versed in both Western ... END_OF_DOCUMENT_TOKEN_TO_BE_REPLACED
Author:
Martin Gerner
Date:
Mail:
Send via mail

END_OF_DOCUMENT_TOKEN_TO_BE_REPLACED
Social media
and networks
Subscribe to our
newsletter