From the Antichrist to the Mahdi

After the terrorist attacks of 11 September, public anti-Islamic sentiment in the USA increased. But what do American Christian groups think about Islam? The American historian Thomas S. Kidd has written a study analysing evangelicals' perceptions of the Middle East. By Joseph Croitoru 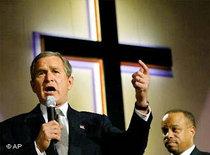 An avowed evangelical: Former US President George W. Bush is probably the best-known representative of evangelical Christianity; his politics were greatly influenced by his beliefs

​​ For some time now, historians have shown an interest in the attitudes of Americans towards Islam. The perception of this religion among evangelicals is, however, only gradually developing into a field of research. In his recent study, American Christians and Islam, Thomas S. Kidd, associate professor of History at the private, Baptist-affiliated Baylor University in Waco, Texas, has traced the attitudes to Islam held by evangelicals since the late seventeenth century.

In the colonial period, European immigrants to North America had practically no contact with Muslims whatsoever, and hardly any attention was paid to the minority of Muslim slaves. Views on Islam were primarily influenced by polemical Christian pamphlets from Europe. One extremely popular pamphlet on the life of Muhammad was published in 1697 by the English Anglican Humphrey Prideaux.

For a long time, this work cemented the view among American evangelicals that Muhammad was a fraud. Prideaux linked both Islam and the papacy directly to the actions of the Antichrist, and the evangelical colonists, with their apocalyptic ideas, therefore saw the Antichrist as being directly embodied by Islam and Catholicism. This negative viewpoint was enhanced by factual as well as fictitious accounts of Christians who had been held in captivity by North African pirates.

Proselytisation and an end-time atmosphere

For the United States, the fight against Muslim piracy, which endangered American interests in the Mediterranean and the Atlantic, was the top priority. This meant that Islam received ever greater attention. The demonization of Islam was commonplace, particularly during the period of the religious "great awakening" in North America. 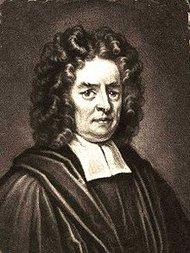 Muhammad as a fraud in the service of the Antichrist: the writings of the English Anglican Humphrey Prideaux on the life of Mohammed shaped the views of American colonists for a long time

​​ Religious concerns were compounded by political factors. The Ottoman Empire was regarded as the embodiment of despotism and therefore the antipode to the free, democratic order of the United States. The belief that the "end-time" had arrived, a prevalent view among conservative Christian Americans triggered by the increasing anti-clericalism of post-revolutionary France, led to religious considerations taking precedence in perceptions of Turkey. The apocalyptic prophesy in the Book of Revelations that the Euphrates would dry up before the final battle was interpreted as evidence of the downfall of the Turkish Empire.

In the nineteenth century, true indications of the empire's gradual dissolution gave impetus to calls for missionary work to convert the Muslims; yet initial attempts proved unsuccessful. As such, the limited encounters only tended to confirm the prejudices against Islam.

Popular yet fictitious tales of conversion

The failure of the missionaries was attributed to the supposed backwardness, cruelty and misogyny of Muslims. In America, however, the life stories of the few Christian converts were all the more popular. The fact that many of these regularly reprinted works were either wholly or partly fictional has had no effect on the popularity of this widely read genre to this day.

​​ With his prolific writings on the Orient, the missionary Samuel Zwemer (1867–1952) attempted to promote the view that a knowledge of the region and religion must be a precondition for any missionary work among the Muslims. His efforts bore little fruit. Nevertheless, the argument that extremist anti-Islamic end-time prophesies could only have an adverse effect on missionary efforts proved to be a constant factor in debates in evangelical circles since the inter-war period.

Of all the evangelical tendencies, the pro-Israeli camp appears to have become the most influential. With its speculative and prophetic reactions to the many armed conflicts in the Middle East, this camp has been able to make its voice heard through a wave of bestseller novels. Prominent motifs in these books include the destruction of the mosque on the Temple Mount in Jerusalem and the rebuilding of the Jewish temple.

The final battle and the rise of Babylon

Another motif is the Islamic-Russian coalition, which fights on the side of the Antichrist. During the Cold War, the Soviet Union was seen as the ally of oil rich Arabs. Then came the Iranian Islamic Revolution, and the Soviets became Russians.

The Iranians, however, temporarily faded into the background, making room for the rise of Babylon, inspired by Saddam Hussein's neo-Babylonian cult and the first Gulf War. Babylon was then declared the headquarters of the Antichrist, who, according to the million-selling end-time series "Left Behind," will be a Romanian with the mythical sounding name of Nicholas Carpathia.

​​ After the terrorist attacks of 11 September, anti-Islamic sentiments grew even stronger. Once again, reports of converted Muslims are instrumentalized, if not used as proof, to show how "Muslim neighbours" can be won over to Christianity.

According to Kidd, in the heated atmosphere of the War on Terror, the Bush administration tried to exert a moderating influence on evangelicals with respect to Islam. Yet the end-time authors have been quick to adapt to circumstances. Now, the Iraq War is seen as a sign of the approaching final battle against Islam. Moreover, the Antichrist is now a Muslim through and through: he appears in the form of the Islamic Mahdi, equipped with Russian-Iranian nuclear weapons technology.

Alliance of Christian and Muslim Creationists
Fossilised Thinking Proves God's Existence
Evangelical Christians and Muslim creationists – such as the Turkish anti-Darwinist Harun Yahia – have one thing in common: their fight against materialism and the secular state. Harald Brandt has the details

END_OF_DOCUMENT_TOKEN_TO_BE_REPLACED
Social media
and networks
Subscribe to our
newsletter