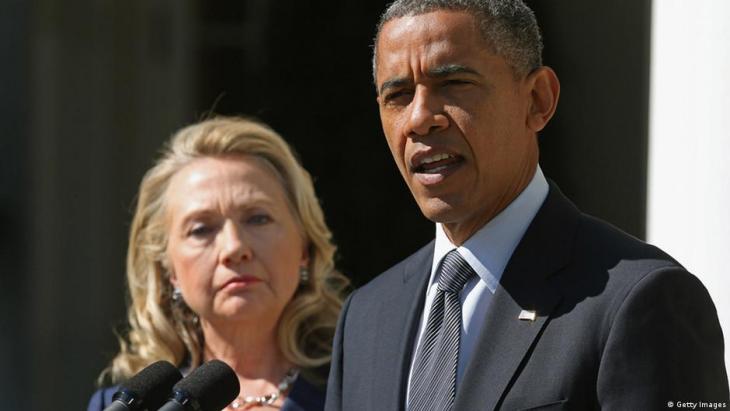 Cries of "Benghazi!" still resonate across the USA ten years after a deadly terrorist attack in Libya killed the U.S. ambassador and three other Americans. Ethan Chorin re-tells Benghazi as a watershed moment, one that has helped create today's America: polarised, fearful and dangerously unstable. Sherif Dhaimish read the book

I first interacted with Ethan Chorin about ten years ago, shortly after the publication of Exit the Colonel: the Hidden History of the Libyan Revolution. Despite my father being a Libyan dissident and satirist who moved to the UK in the 1970s, my knowledge of Libya’s history was fairly basic.

Whenever I heard someone mention Libya, my head would swivel and my ears would prick up, eager to hear what they had to say, while also feeling slightly embarrassed that I knew so little of a place I am intrinsically bound to.

Exit the Colonel offered me what I considered to be an objective oversight of Libya's modern history. Chorin responded to my email when I asked a couple of questions, which surprised me. He didn’t have to; I wasn’t a journalist with a booming Twitter account or working for anyone of any note. My default when emailing anyone with a platform was to not expect a response. 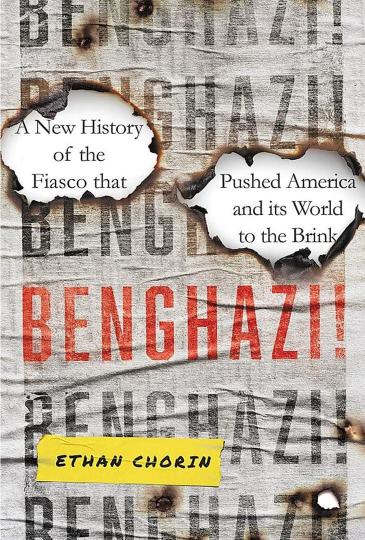 Pre- and post-Benghazi narratives: Ethan Chorin traces those who were isolated by the Gaddafi regime and went to join the Afghan jihad against the Soviets, ultimately forming the al-Qaida-aligned Libyan Islamic Fighting Group, an inherently anti-Western group hand-delivered back to the Gaddafi regime by the U.S. and the UK via 'extraordinary renditions'. Some, like Abdulhakim Belhaj, would become pivotal figures in the Libyan revolution and its bloody aftermath

Exit the Colonel came out in October 2012, a month after the devastating attack on the U.S. consulate in Benghazi, which left U.S. ambassador Christopher Stevens and three others dead.

Only now, with hindsight, do I realise that Chorin was in fact present at the Benghazi 9/11, a traumatic experience he revisits in his new book, Benghazi!: A New History of the Fiasco That Pushed America and its World to the Brink. This somehow makes the fact he responded to me all the more poignant.

His new book isn't a memoir, although it cleverly weaves personal experience and thorough analysis without isolating them from one another. It is a comprehensive examination of Libya's fragmented political landscape through the lens of American politics.

Chorin doesn't claim that "Benghazi", as the attack and its repercussions are commonly known, was the catalyst for America’s subsequent political dysfunctions; but rather he interprets it as "both a symptom and an accelerator of them. This is why understanding the context of the attack, and the resulting partisan war, is so important".

Chorin's analysis draws on his time and experience in Libya, which covers almost twenty years. Speaking fluent Arabic, not to mention French, Farsi and Hebrew, he was part of the diplomatic mission sent in during the U.S.-Libyan rapprochement with President Gaddafi that took place in 2005 following the latter's dismantling of weapons of mass destruction.

Since leaving his diplomatic post, Chorin has been involved with NGO activity and policy advisory. He is also the author of Translating Libya, a collection of short stories he uncovered while living there, interweaved with a travelogue of the country’s vast regions.

His latest work comes from the same desire to understand a country of which too little is known in the western world. To do this, he delves into Libya’s relationship with political Islam, and America’s own erratic relationship with it. Like Nasser in Egypt, Gaddafi saw it as necessary to curtail Islamist influence in the country in order to claim absolute political power.

Chorin traces those who were isolated by the Gaddafi regime, and went to join the Afghan jihad against the Soviets, ultimately forming the al-Qaida-aligned Libyan Islamic Fighting Group, an inherently anti-Western group who were hand-delivered back to the Gaddafi regime by the U.S. and the UK via 'extraordinary renditions'.

Some of these men, like Abdulhakim Belhaj, would be pivotal figures in the Libyan revolution and its bloody aftermath. Chorin manages to make sense of Libya’s role in the pre and post-Benghazi narratives relating to political Islam, and how America’s inconsistent relationship with it led to the attack and the succeeding scandal.

A lesson for policymakers

The degree to which Benghazi was politicised in U.S. politics remains unmatched in modern times. The Republicans seized every opportunity to demonise the then Secretary of State Hillary Clinton and the Democrats, refusing to consider a bipartisan resolution to the issues at stake. Chorin traces the repercussions of this to the present day, considering what factors could combine to potentially create another Benghazi, and how to avoid such an outcome.

No doubt this was a cathartic exercise for Chorin, who is open about the significant trauma the events in Benghazi caused him; he lost a friend and colleague in Ambassador Stevens. Yet his story and analysis is as important to policymakers as it is to anyone seeking to understand the convoluted relationship between USA, Libya and the wider Middle East. Benghazi! makes sense of the shocking events that happened ten years ago and their haunting consequences for both the U.S. and the Middle East.

Perhaps what is most unique about this book is Chorin’s blend of expertise and experience. Much policy analysis seems divorced from personal experience, so it is refreshing to see the combination used so successfully in the quest to answer questions surrounding the attack and its aftermath, which refuse to go away.

Since seizing power in mid-2021, the Taliban have continued to restrict the rights of Afghan women and girls. At the end of 2022, they banned women from attending higher education ... END_OF_DOCUMENT_TOKEN_TO_BE_REPLACED

Since returning to power in Afghanistan, the Taliban have steadily eroded the rights and opportunities of women and girls, particularly their access to education. But Afghans are ... END_OF_DOCUMENT_TOKEN_TO_BE_REPLACED

German imams have publicly expressed their solidarity with the women of Afghanistan. In a letter of protest, the clerics say that the Taliban regime's decree barring women from ... END_OF_DOCUMENT_TOKEN_TO_BE_REPLACED

At the end of every year, the team at Qantara.de gives you a run-down of the ten most-read articles on the site over the past 12 months. Here is a quick overview of the stories ... END_OF_DOCUMENT_TOKEN_TO_BE_REPLACED

The "Weiter Schreiben" (Keep Writing) project promotes literature from war-torn and crisis-stricken regions and has, most recently, shone its spotlight on Afghanistan. Afghan ... END_OF_DOCUMENT_TOKEN_TO_BE_REPLACED

The Islamic Republic has been unable to quell the civil unrest that erupted three months ago, after Mahsa Amini died after being detained for violating hijab rules. Now the ... END_OF_DOCUMENT_TOKEN_TO_BE_REPLACED
Author:
Sherif Dhaimish
Date:
Mail:
Send via mail

END_OF_DOCUMENT_TOKEN_TO_BE_REPLACED
Social media
and networks
Subscribe to our
newsletter