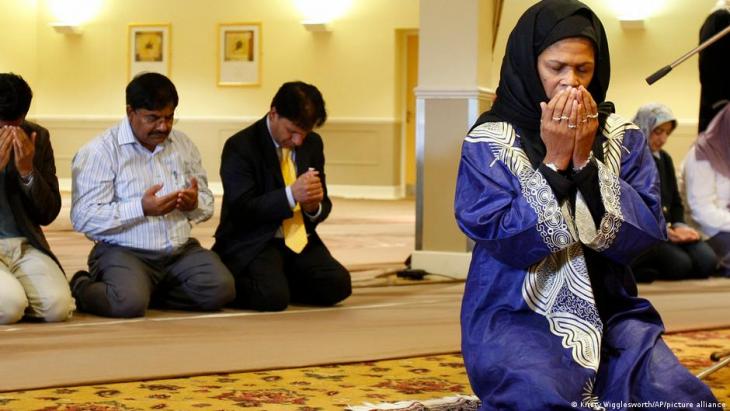 Penned by pioneering American female imam and champion of gender equality within Islam, Amina Wadud, "Qur'an and Woman: Rereading the Sacred Text from a Woman's Perspective" (1999) had a huge impact on academic thought across the Muslim and non-Muslim world. Now it has finally been translated into French – reason enough to re-examine her groundbreaking premise. By Malika Hamidi

In the 1980s, as the second feminist wave reached its peak across the Atlantic, "gender" became a tool for analysing gender inequalities in the scientific community. It was precisely during this period that Amina Wadud began her research in a field that had not yet been studied, namely the question of gender equality in Islam.

Using the tools of modern exegesis combined with the analytical tool "gender", Wadud explores the relationship between men and women in scriptural sources, demonstrating and affirming that the Koran carries a principle of equality between man and woman.

Through her theoretical thoughts and activism, the author is internationally regarded as a figurehead of Muslim feminism and a Muslim intellectual of our time, specialising in the exegesis of the Koran from a pro-feminist perspective. She rejects a literal reading of the Koran and claims to be "pro-faith and pro-feminist".

In the light of the Koranic message, Amina Wadud calls for total equality between the genders, both in the family and in society. In this respect, she denounces the patriarchy which, in her opinion, is contrary to Islam. 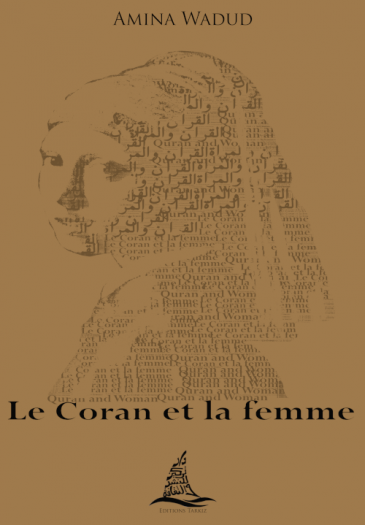 An overriding fear of change: what the Muslim world fears most is a schism between "conservative" and "liberal" Muslims. Yet claiming the possibility of saying "no" to an interpretation "trapped in patriarchal scholasticism" does not imply denial of the text. "With the development of our disciplines of postmodernist and deconstructivist meaning, we consider it possible to be guided by a text without being limited by its literal expression," writes Wadud

Amina Wadud adopts a hermeneutic approach to produce a commentary on the Koran based on feminine sensitivities. Her methodology has three basic principles: the reader is a subject; scriptural sources are analysed from a historical perspective; they are interpreted through the prism of gender.

She points out that the principle of equality has faded or even been erased over centuries of exegesis, and she calls for a contextualisation of our understanding of revelation – that we place ourselves in our postmodern era. Her egalitarian Koranic exegesis denounces traditional interpretations, sparking lively debate among Muslim communities around the world.

According to Wadud, Islam is constantly evolving and must participate in postmodernity. It is through ijtihad (the effort to interpret the Koran) that the Muslim religion will regain its dynamism.

The pro-feminist scholar of Islam speaks of "radical reform" and calls for a "dynamic conception of Sharia law", bearing in mind that the original revelation was embedded in a deeply patriarchal context.

For Amina Wadud, the universality of the Koran is what allows for this approach. She justifies her position by explaining – through the "hermeneutics of the oneness of God" – that inequalities between men and women are contrary to the message of Islam.

Wadud identifies many verses in the Koran that clearly evoke the idea of gender equality. For example, although verse 3 of Sura 4 authorises a man to marry up to four women, it also specifies that it is desirable to take into account the context of revelation and emphasises the need to treat wives equally. As this is difficult to apply, monogamy is recommended.

In the same way, Amina Wadud questions verse 34 of Sura 4, which supposedly authorises a man to hit his wife. Her analysis of the polysemy of the term "daraba", which is generally translated as "beating" (concretely or figuratively), leads her to translate it as "leaving".

Amina Wadud's first book was a great success, both in Muslim women's associations and in the academic world. Her effort to re-read the religious corpus from an egalitarian perspective has opened up opportunities, particularly for those interested in the issue of women's rights.

In 2005, the female imam made a name for herself by leading Friday prayers in front of a 100-person mixed congregation in the Anglican Church in Manhattan, raising the crucial question of female religious leaders in Islam: can a woman lead mixed prayers? The event sparked an outcry and was criticised by Muslim communities internationally, demonstrating the "conservative" nature of some religious leaders and scholars, who were reluctant to accept the demands of Muslim feminists. 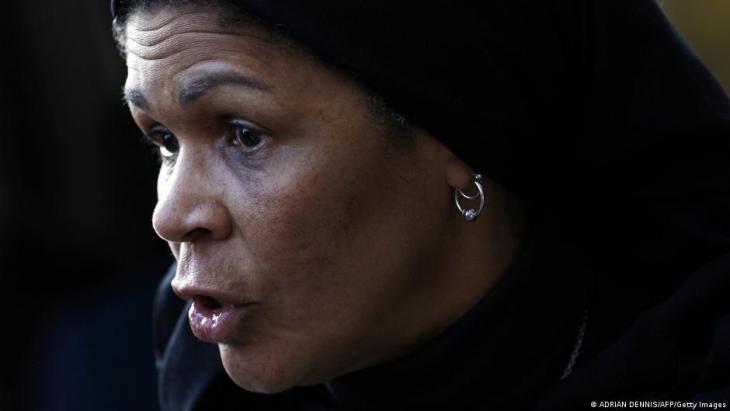 For the liberation of women: daughter of an African-American Methodist minister, Amina Wadud converted to Islam in the early 1970s while studying at the University of Pennsylvania. In 1992 she completed her doctoral dissertation on Koranic exegesis, which was published in 1999 as " Qur'an and Woman". Leading mixed gender prayers, first in 2005 in New York City and (shown here) in Oxford, UK in 2008, caused a great deal of controversy within Muslim communities. She refined and radicalised her progressive approach during the 2000s, which led in 2006 to her second major book, "Inside the Gender Jihad: Women's Reform in Islam". She is co-founder of the Malaysian civil society organisation "Sisters in Islam"

Islamic mass media relayed and amplified the reaction of the majority of scholars and activists from Muslim countries around the world: a woman cannot lead prayers in front of a mixed assembly. It should be noted, however, that there is no consensus on the interpretation of verses from the Koran and hadiths on this issue.

The fear of change, revealed by the March 2005 action, is actually the fear of a schism between "conservative" and "liberal" Muslims, which is heightened still further by the existence of a generation of Western Muslims who reject the traditional practices of their parents.

Wadud claims the possibility of saying "no" to an interpretation "trapped in patriarchal scholasticism", a stance that does not imply denial of the text. "With the development of our disciplines of postmodernist and deconstructivist meaning, we consider it possible to be guided by a text without being limited by its literal expression."

Like Amina Wadud, many Muslim women increasingly consider their sacred book to be a liberation of women. They are taking the opportunity to exercise both their reason and their minds in a bid to understand the semiotic and versatile universe of the Koran.

Home
Print
Newsletter
More on this topic
Interview with Amina Wadud: ''Islam belongs to all its believers''Interview with Moroccan Islamic feminist Asma Lamrabet: Emancipation through a new reading of the KoranKoran studies: A reappraisal of the position of women in IslamInterview with the Algerian scholar Said Djabelkhir: What we Muslims need is a critical appraisal of Islamic law
Related Topics
Book reviews, Feminism in Islam, Koran | Quran, Muslim women, Muslims in the West, Quranic studies | Koranic research, Reform Islam, Sharia, Women in the Islamic world
All Topics

Nouara may be 65, but she is ready to join thousands of others who burn their ID and pay traffickers for the chance of a new life in Europe. Zineb Bettayeb reports END_OF_DOCUMENT_TOKEN_TO_BE_REPLACED

Education for girls and women is still possible in Afghanistan, says Reinhard Eroes of the Kinderhilfe Afghanistan initiative. In interview with Elisa Rheinheimer, he talks about ... END_OF_DOCUMENT_TOKEN_TO_BE_REPLACED

Locals in the Middle East have said European critics are showing bias and hypocrisy when they condemn Qatar. Observers agree that Qatar has had to deal with more criticism than ... END_OF_DOCUMENT_TOKEN_TO_BE_REPLACED

In Doha, Arabs from Morocco, Tunisia, Egypt and Algeria are gathering to celebrate the first ever FIFA World Cup to be held on Arab soil. The criticism from Europe? Over the top, ... END_OF_DOCUMENT_TOKEN_TO_BE_REPLACED

Canan Topcu came from Turkey to Germany as a child. In her essay, she describes how bothered she was by the racism she encountered in her country of origin when she travelled ... END_OF_DOCUMENT_TOKEN_TO_BE_REPLACED
Author:
Malika Hamidi
Date:
Mail:
Send via mail

END_OF_DOCUMENT_TOKEN_TO_BE_REPLACED
Social media
and networks
Subscribe to our
newsletter