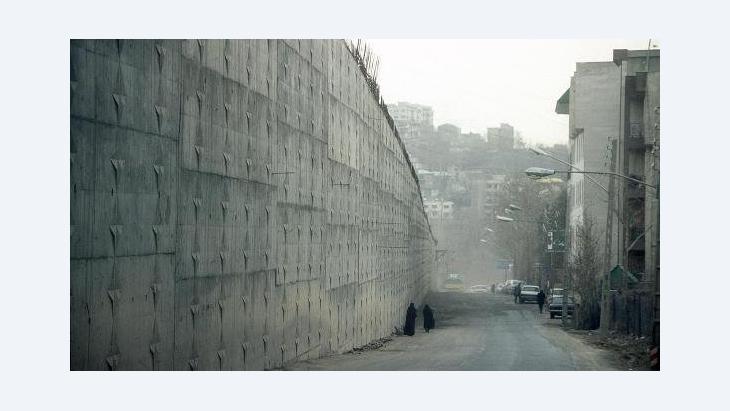 In "Tehran, Skyless City", Amir Hassan Cheheltan describes the journey through life of an underdog who arrives in Tehran as an uprooted, orphaned inmate of a home and with a high degree of criminal energy, rises through the ranks to become the director of a torture prison. A review by Volker Kaminski

﻿In "Tehran, Skyless City", the final volume of his Tehran trilogy, it is not Amir Hassan Cheheltan's intention to morally condemn the main protagonist in his story. Instead, he uses the shady character of Keramat to highlight the contradictions of the Iranian capital, contradictions that characterise Tehran and its twentieth-century history, which is marked by revolutions and ruptures.

Keramat is a character that one doesn't forget in a hurry. A big, burly man with a bushy moustache, the seeds of resentment sown in his early childhood regularly unleash bouts of unrestrained brutality.

With no education and no intellectual aptitude worth speaking of, he relies on friends from the Tehran underworld; people with threatening names such as Shabun "No brain", Aziz "the sparrow hawk" and Hassan "the spinning top"; men who know the black market like the backs of their hands and whom Keramat serves with unwavering loyalty after the unavoidable ritual of initiation torture during which the leader of the gang marks him with a branding iron and subsequently abuses him. 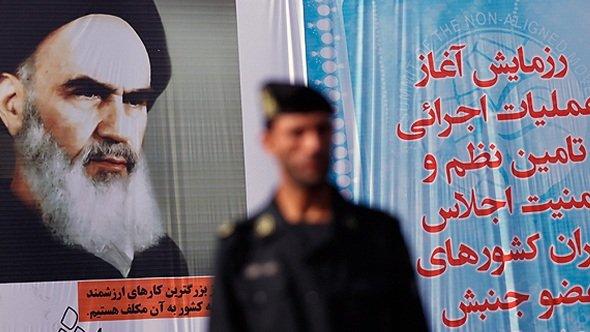 An Iranian "Robin Hood" of sorts: Amir Hassan Cheheltan emphasises that his protagonist Karamat sees himself as a noble saviour despite the fact that he knows he is deeply embroiled in blame that will haunt him for the rest of his life

​​The author tells the reader about Keramat's contaminated past before the novel actually begins. At the front of the book is a tabular curriculum vitae containing the key points in Keramat's life (1929: born in a remote village; 1941: he runs away from home and makes his way to Tehran, where he is abused by a low-ranking English officer etc.) and pivotal political events (1953: active involvement in the CIA-backed coup d'état against Mohammad Mosaddegh to the benefit of the Shah; 1978/79: the Islamic Revolution against the Shah and Keramat's active participation in it; 1980: outbreak of the Iran-Iraq war).

In this way, the points at which Keramat's life and the turning points in recent Iranian history overlap are served up to the reader in succinct form, like an aperitif.

Nevertheless, the permeation of Keramat's personal history with the official history of the country does not make this a political novel in the strictest sense of the word. Although Cheheltan believes – as he recently emphasised at a reading at the International Literature Festival in Berlin – that every novel has a political dimension, his primary focus is on the exact observation and recording of details.

The pulsating metropolis that is Tehran, life on the streets, the illumination of advertising at night, the attraction of the crowded cinemas where Keramat also goes to watch cheesy romantic films are as important to the author as Keramat's many sexual encounters and his numerous relationships with prostitutes, to whom his pronounced masculinity drives him on an almost daily basis.

Far from using his rough-and-ready hero simply as a vehicle for the ideas of the story, Cheheltan shows Keramat to be a human being made of flesh and blood, a man who oscillates between macho demonstrations of power and growing uncertainty in Teheran's society.

Haunted by the victims

At the start of the novel, we encounter Keramat as a 60-year-old father. He has a house and children and earns a good living. 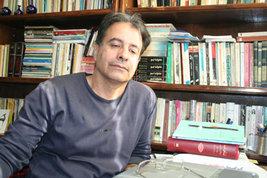 ​​Nevertheless, he feels isolated and burned out, and is tortured by nightmares in which his victims hunt him down. He is barely able to make it through a "normal" working day at the prison. More than anything else, he yearns for one woman: the high-class hooker Tala, the one true love of his life. She left him, but suddenly called him up again ten years after walking out on him.

The author has imbued the ambivalent main character with a whole arsenal of different leanings and characteristics, making it hard to pass fair judgement on him. On the one hand, Keramat is a primitive, corrupt servant of power who knows how to grasp an opportunity and changes political sides when necessary in order to remain on the side of the powerful. On the other, he sees himself as a representative of the people, whose conservative values lead him to empathise with the weak and to take action.

Cheheltan emphasises that there is something of a modern "Robin Hood" in this picaresque character, who sees himself as a noble saviour despite the fact that he knows he is deeply embroiled in blame that will haunt him for the rest of his life.

﻿The "open wound" of Tehran

Speaking during the panel discussion at the International Literature Festival, Cheheltan said that his primary intention had been to write a story about the mentality of the Iranian capital in which the "open wound" of Tehran plays a central role. Keramat is the typical representative of a certain class that reflects the dark, violence-prone side of this city.

According to Cheheltan, the capital has always played a special role in the history of the country, which is so characterised by change; it is both a melting pot and an intersection, a place from where, following waves of migration, the fortunes of the country have been steered, among other things by people like Keramat, who in their helplessness cling on to old film images of a supposedly perfect world – a world in which women only appear as either subordinate creatures or prostitutes. 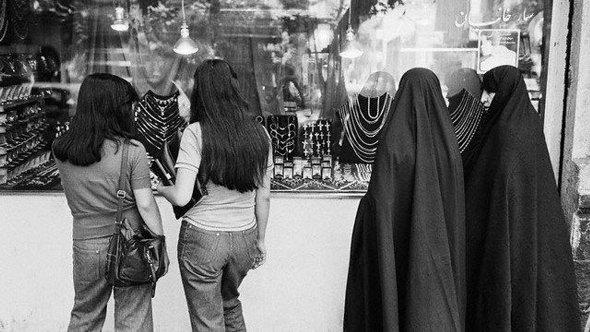 It requires a lot of literary skill to imbue a professional criminal like Keramat with sensuality and sensitivity, writes Kaminski. Yet, in the eyes of Cheheltan's protagonist, women only appear as either subordinate creatures or prostitutes

​​The fact that the author's wide-ranging intentions do not result in a cramped style of writing is due to the poetically sound, paratactically clear language he uses, a language that does justice to the shift in different levels and always finds the right level of style not only for the people on the street, the prostitutes, and the countless underworld figures, but also for the upper classes, where Keramat feels so dreadfully out of place, the parvenus and the academics.

A criminal with sensuality and sensitivity

It requires a lot of literary skill to imbue a professional criminal like Keramat with sensuality and sensitivity. "He loved the summer. For him, summer meant the animal smell of women, the smell of moist, sweaty groins, the smell of bitter-tasting mouths and half-opened lips, the smell of beads of sweat running down alabaster necks."

Cheheltan's novel has so far only been published in a censored and abridged version in Persian and Arabic. In the now published German version, translator Kurt Scharf writes that as in the original, he decided not to use dialect in the German version and instead gave the characters a colloquial language that provided, as required, everything from simple to vulgar expressions. The result is a fluid, gripping literary kaleidoscope depicting one of the most exciting cities in the world.

In "Iran. Die Freiheit ist weiblich", journalist Golineh Atai describes the dogged resistance of courageous Iranian women against the Islamic Republic and the mullahs who have ... END_OF_DOCUMENT_TOKEN_TO_BE_REPLACED

Iranian artist Parastou Forouhar has lived in Germany since 1991. Full of rage, just like the protesters, she hasn't yet given up on the idea of justice. By Julia Hitz END_OF_DOCUMENT_TOKEN_TO_BE_REPLACED

Fariduddin Attar’s "The Conference of the Birds", one of the seminal works of Islamic mysticism, has recently been published in sumptuously illustrated German translation. It ... END_OF_DOCUMENT_TOKEN_TO_BE_REPLACED

The violent death of 22-year-old Mahsa Amini has achieved something the entire opposition has failed to do during the 43-year rule of the ayatollahs in Iran: almost the entire ... END_OF_DOCUMENT_TOKEN_TO_BE_REPLACED

Like Christianity, Europe's history is one of migration. Both have strong roots in the Orient and in cultures thousands of years old. Cultural historian Bernhard Braun invites us ... END_OF_DOCUMENT_TOKEN_TO_BE_REPLACED

A lot is happening in Syria’s Sweida Governorate – foreign intervention there is unprecedented both in terms of scale and number of actors – yet Damascus remains the dominant ... END_OF_DOCUMENT_TOKEN_TO_BE_REPLACED
Date:
Mail:
Send via mail

END_OF_DOCUMENT_TOKEN_TO_BE_REPLACED
Social media
and networks
Subscribe to our
newsletter