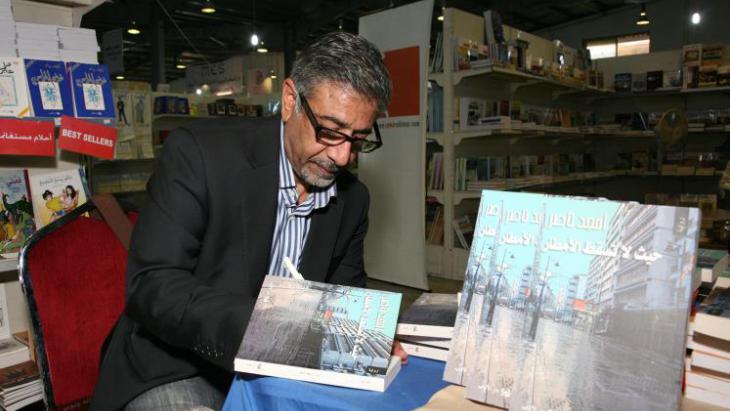 In the last four years, Arab public intellectuals have come in for much close scrutiny and criticism. Some people complain that Arab thinkers and writers have disappeared from political life, while others argue that most of them are too much in the public eye, having allied themselves with one dictator or another. Marcia Lynx Qualey spoke to Jordanian poet and journalist Amjad Nasser about the role of Arab writers in contemporary Arab society

"How can you be an accomplished poet, or a poet of importance, and not be allied with a despotic, corrupt regime?" asks Amjad Nasser during an e-mail conversation. "This is the state of affairs … it's a bit difficult, especially in the current Arab situation. But it's not impossible."

Nasser is clearly one of the public intellectuals in question. "Amjad Nasser" is the pen name of a Jordanian poet and journalist touted as one of the most important writers working in Arabic today. His debut novel, "Land of No Rain", was listed as one of the "best books of 2011" by Egyptian novelist Ahdaf Soueif. In 2014, "The Guardian" put his 'A Song and Three Questions' on their list of the fifty greatest modern love poems. But Nasser has been in the public spotlight as much for his essays and politics as for his poetry.

Born in northern Jordan in 1955, Nasser joined a pro-Palestinian organisation as a young man and was forced to leave the country when he was just 21. He spent the 1980s reporting in Beirut and Cyprus before moving to London in 1987. He's remained involved in news production ever since, previously at the London-based "al-Quds al-Arabi" and now as managing editor at the new publication "al-Araby al-Jadeed".

Throughout all this, Nasser's opinion about the role of the writer hasn't changed much, he says, although he's become "less optimistic over time".

The importance of words 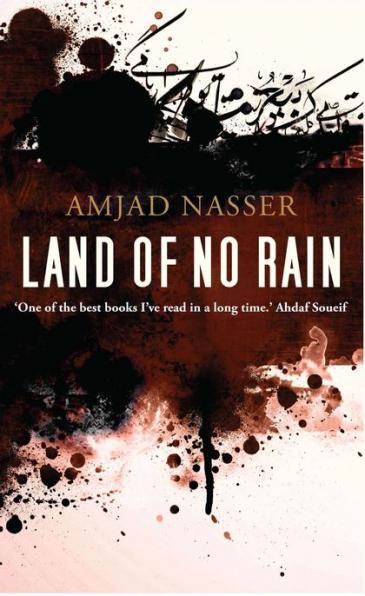 Amjad Nasser's critically acclaimed debut novel, "Land of No Rain", is set in the fictional Arab country of Hamiya, which is run by military leaders who "treat power as a personal possession to be handed down from one generation to the next".

The thing that he feels sure of is that "words are important, and without them there are no correct actions." This is why it is troubling that "actions in our Arab world today appear devoid of words, whether they are actions of terrifying religious extremism…or are fomented by Arab regimes that have gone back to tyranny after the revolutionary actions of Arab youth failed to trigger profound changes".

Arabs are now, according to Nasser, living in "societies without words". In this situation, the meaning-making role of the public intellectual becomes even more important. Yet "this doesn't mean that the intellectual is a messenger or an angel – certainly not; he's not a superman either," he says. "The process of change takes a long time, especially social and cultural change; this is the most difficult of tasks."

Although some things have not changed since the uprisings of 2011, Nasser does point to a few positives. There has been a "communications revolution," he says, that put citizen journalists at its centre. These new journalists have played an important role in highlighting crimes being committed by despotic regimes.

Other things, he says, have changed for the worse. "We now have a type of poet and writer who stands with the military and tyrannical Arab regimes in opposing the shared enemy, which is extremism and terrorism." These writers – in fear of IS in the Levant, or groups like Ansar Bait al-Maqdis in Egypt – have found themselves making common currency with military leaders.

"The problem is that the Arab regime will in no time oppress these poets and writers, or those like them, after it's finished oppressing the extremists and terrorists. This means that it behoves the accomplished poet, who has a sort of moral authority over an audience, to be independent of authority, even if he faces terrorism and extremism, because his motives are different from those of the ruling authority."

"Keeping the faith" in the face of overwhelming religious discourse

Nasser also puts words at the centre of another problem in Arab-majority societies. Current religious discourse, he says, is overwhelming all other types of language usage.

"We respond to religious and terrorist extremism not with reason and logic, sciences, literature or enlightenment, but with religion itself." In other words, says Nasser, we respond to the problem with more of the problem. "Both extreme and moderate religious camps control all the discourse in the Arab world."

These words matter, he says. "Language isn't simply a vessel to transport meaning; rather, it is a deep expression of existence itself." For that reason, language "is one of the biggest problems faced not only by Arab creative writers today, but also by Arab reality. How can reality change without possessing a language to help it change?"

So what is an Arab writer to do?

"We have to stick to our work and keep the faith, we Arab intellectuals," says Nasser. "Whether we're in our homelands or in the diaspora or in exile, it is necessary that we intervene in the life of our societies, and that we don't limit our roles simply to the technical aspects of the cultural process, as Edward Said said."

In this essay, renowned Lebanese journalist and writer Hazem Saghieh asks whether the Arab Levant, which stretches from Iraq in the East to Egypt in the West, will remain an ... END_OF_DOCUMENT_TOKEN_TO_BE_REPLACED

With his fist bump greeting for a man he previously called a pariah, US President Biden has paved the way for Saudi Crown Prince Mohammed bin Salman's return to the international ... END_OF_DOCUMENT_TOKEN_TO_BE_REPLACED

The murder of a female student at Mansoura University in the Nile Delta has sparked a long overdue debate on femicide in Egypt. Karim El-Gawhary reports from Cairo END_OF_DOCUMENT_TOKEN_TO_BE_REPLACED

When times are tough, the exchange of ideas and perspectives becomes especially important. It takes dialogue. And at Deutsche Welle, we need distributors and cooperative partners ... END_OF_DOCUMENT_TOKEN_TO_BE_REPLACED

Women in the Levant have long used needlework to depict the region’s history, its landscapes, customs and traditions. Intricately embroidered panels, varying in style, colour and ... END_OF_DOCUMENT_TOKEN_TO_BE_REPLACED

A straightforward message emerged from last week’s meeting in the Negev desert of the foreign ministers of four Arab countries, Israel and the United States: Israel is key to the ... END_OF_DOCUMENT_TOKEN_TO_BE_REPLACED
Author:
Marcia Lynx Qualey
Date:
Mail:
Send via mail

END_OF_DOCUMENT_TOKEN_TO_BE_REPLACED
Social media
and networks
Subscribe to our
newsletter