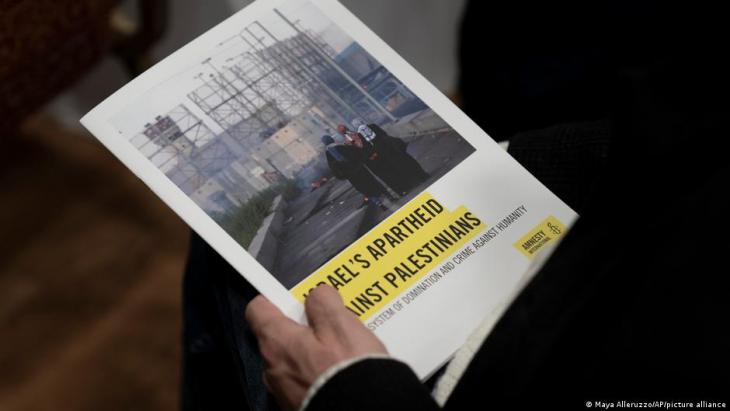 Apartheid! Anti-Semitism! Why the row about definitions is shifting the focus away from the issue at hand. Commentary by Daniel Marwecki on the debate about Amnesty International's Israel report

The Federal Foreign Office put the report in the context of rising anti-Semitism in Europe. Burger made the point that those who fight for human rights are responsible for making sure that they do not "involuntarily encourage" this anti-Semitism. As usual, the German-Israeli Society (DIG) went two steps further and called on Amnesty International to return its Nobel Peace Prize.

Responding to the accusation of apartheid with the accusation of anti-Semitism shifts the focus away from the issue at hand. Those already convinced that the A word is anti-Semitic have a ready excuse not to concern themselves with the very real suffering of Palestinian people. This is demonstrated by tweets published by the Amadeu Antonio Foundation, which describes the Amnesty International report as an anti-Semitic attack on Israel without making any reference whatsoever to the conditions outlined in the report.

It is similarly obvious from the columns of prominent German blogger and journalist Sascha Lobo, who now considers Amnesty International to be an "anti-Semitic organisation" without quoting a single sentence from the report. 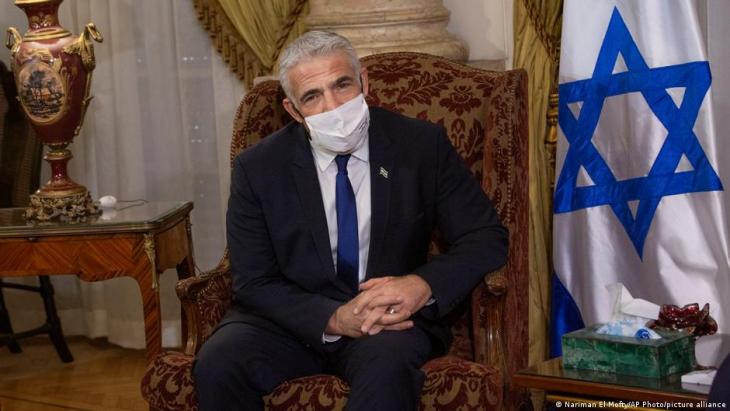 Israel's Foreign Minister Yair Lapid rejected Amnesty International's accusations: Amnesty is a "radical organisation that reproduces propaganda without serious examination". It cites lies circulated by terrorists, he said. "Israel is not perfect – but it is a democracy, committed to international law, open to scrutiny, with a free press and a strong supreme court." Lapid also criticised Amnesty for not calling Syria, Iran, or "murderous regimes" in Latin America and Africa apartheid states. In the report, Amnesty International outlines what it sees as Israel's "system of oppression and domination" against Palestinians, both in Israel itself and in the Palestinian territories and other countries. This includes the confiscation of Palestinian land, unlawful killings and drastic restrictions on movement

"Apartheid is there to be overcome"

But what applies to one camp, applies equally to the other too. Those who slap the label "apartheid" on Israel are shutting themselves off from Israel's lively and complex civil society. You don't talk to people who perpetrate apartheid. You would have to be pretty far to the left on the Israeli spectrum to subscribe to Amnesty International's report, in particular because it removes the distinction between the Occupied Territories and Israel within its 1948 borders.

Those who accuse Israel of apartheid are doing more than just provoking, they are turning the state into a pariah. As Leah Frehse, Middle East correspondent for the German weekly broadsheet Die Zeit, aptly comments: apartheid is there to be overcome.

It is not, therefore, surprising that Israelis who reject the occupation policy, but do not want to give up their state, reject the Amnesty International report. After all, who would knowingly want to live in an apartheid state and benefit from it?

The row over what words are used to describe the facts is replacing any discussion of the facts themselves – in Germany in particular. Amnesty International's report is above all a description of a known situation: different legal systems for Israelis and for Palestinians living under occupation, military violence, the blockade of the Gaza Strip.

It shouldn't really come as a surprise that critical observers come up with the word apartheid for such a political structure. Whether it is justified or not is really a moot point and one that distracts attention from the much more important question, namely how the situation on the ground can be tangibly improved. After all, even German critics of Amnesty International should be able to agree that the current situation is untenable.

Daniel Marwecki is a political scientist and historian. He currently works at the University of Hong Kong. He holds a PhD from SOAS University of London and previously worked in Jerusalem. His book "Germany and Israel. White Washing and State Building" on the history of German-Israeli relations was published by Hurst in 2020.

Bachtyar Ali sends the hero of his latest novel – "Mein Onkel den der Wind mitnahm" – literally flying. Jamshid is so thin after his years as a political prisoner that a gust of ... END_OF_DOCUMENT_TOKEN_TO_BE_REPLACED

For a century, the Kurds and other minorities in Turkey have been subject to state repression. With his dissertation "The Kurdish Question in Turkey", political analyst Ismail ... END_OF_DOCUMENT_TOKEN_TO_BE_REPLACED

Anti-Semitic motifs have no place at Germany’s documenta art show or anywhere else in the world, stresses Meron Mendel, director of the Anne Frank Educational Centre in Frankfurt ... END_OF_DOCUMENT_TOKEN_TO_BE_REPLACED

A new exhibition, "Syria – Against Forgetting", at Cologne’s Rautenstrauch-Joest-Museum focuses on Syria's artistic and cultural heritage and pays tribute to the country before ... END_OF_DOCUMENT_TOKEN_TO_BE_REPLACED

Madrid's about-face on the Western Sahara conflict has enraged Algeria. Trade relations have been frozen unilaterally and a cut in gas supplies to Europe could be in the pipeline ... END_OF_DOCUMENT_TOKEN_TO_BE_REPLACED

Yazan Khalili is spokesman for The Question of Funding, a collective of artists taking part in the leading German contemporary art festival Documenta 15. Here, he responds to ... END_OF_DOCUMENT_TOKEN_TO_BE_REPLACED
Author:
Daniel Marwecki
Date:
Mail:
Send via mail

END_OF_DOCUMENT_TOKEN_TO_BE_REPLACED
Social media
and networks
Subscribe to our
newsletter