An Anti-Biography of the Founder of Islam
The Mohamed Myth

The Dutch Arabist Hans Jansen has ventured to write a biography of the prophet Mohammed. His initially plausible criticism of the religious sources quickly turns into a sweeping condemnation, however, according to Islam expert Stefan Weidner

​​There is a simple formula for explaining Islam to a layperson: Islam is Mohammed, and anyone who wants to understand Islam is better advised to study the Islamic image of Mohammed than Islamic theology or the Koran. Unfortunately, the existing literature on Mohammed – with the exception of brief summaries such as the commendable booklet by Hartmut Bobzin – is out of print, out of date, hagiographic, or only of interest to specialists.

The biography of Mohammed by the Utrecht Arabist Hans Jansen, now available in German, depicts the founder of Islam according to the methods and conclusions of a newer school of Islamic studies, whose critical spirit appears to be further stimulated by political conflicts.

The refreshing and liberating wind of its scholarly approaches, which question everything, also wafts through the 500 pages of Jansen's book, until it ultimately becomes a raging tempest whose devastation may well leave the unsuspecting reader at a loss.

According to Jansen's key proposition, compared with the criteria normally set by historians, we know next to nothing at all about Mohammed – not only nothing definite, but not even anything probable or reasonably well-founded. Everything that Western Islam scholars thought they knew about Mohammed's life up to now comes almost entirely from the most comprehensive and earliest source on the prophet's life – the biography by Ibn Ishâq (pronounced: Ibn Is-hâk), which was written in Iraq around 750.

A large part of Jansen's book is in fact a study of Ibn Ishâq – a ruthless deconstruction of the traditional knowledge about Mohammed and the researchers who, naively or, in Jansen's view, even out of regard for the feelings of the faithful, have relied on it. It is an anti-biography.

That may be a disappointing conclusion, but at first glance it appears to be disarmingly straightforward, particularly since it would be difficult not to agree with most of the author's arguments against Ibn Ishâq's credibility. Ibn Ishâq, as Jansen documents, is a hagiographer. What he says about Mohammed – and that means what we thought we knew about him thus far – is as unreliable as the statements of the evangelists, if understood as historical truth about the life of Jesus.

The book abounds with examples. Even the date of Mohammed's birth around 570 AD, which is regarded as confirmed, is convincingly debunked by Jansen as uncertain and estimated to be between 552 and 590. The chronology of Mohammed's life assumed by Ibn Ishâq proves to be entirely unrealistic.

Nevertheless, the most important date, that of Mohammed's flight from Mecca to Medina – the beginning of the Islamic calendar – is not actually called into question. But even on this point, Jansen does not bring himself to make a real probability out of something which cannot be refuted as false. That is astonishing in a book which is supposedly a biography. 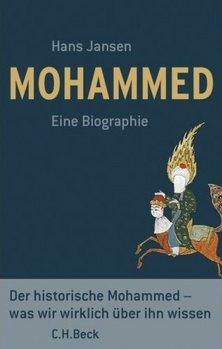 ​​Jansen's methodology proves to be genuinely dubious, not to mention biased, considering that he nevertheless calculates probability throughout his book, whenever Ibn Ishâq's text refers to aspects of Mohammed which appear negative to the contemporary consciousness – his marriage to the seven-year-old Aisha, the battles against the Jews in Medina, or his brutality and ruthlessness, which did not stop at lies and assassination.

Jansen even draws a comparison with the Holocaust in Ibn Ishâq's description of Mohammed's struggles against the Jews. Although we cannot help thinking of it ourselves, in the end it is difficult to believe something which from a present-day perspective (but by no means that of medieval Muslims) makes Mohammed seem like a monster.

After his grave diagnosis, Jansen immediately has the remedy on hand for Muslims who want to arrive in the modern age. "Muslims do not presume to make any critical statement about him whatsoever, since he is their prophet and God's envoy. But the judgment as to the reliability of the stories that have been handed down must theoretically be left open to them."

Is the author serious about that when, according to him, the historical probability check establishes that, at most, a few negative character traits are plausible, whereas the positive features fall into the category of the wondrous, or many other details argue against them?

Obviously, Jansen no longer merely wants to refute Ibn Ishâq and his copyists, but allows himself to be driven by the conviction that his debunking of the traditional image of Mohammed will pave the way for a convincing refutation of the Islamic fundamentalism based on this image. Unfortunately, he is throwing the baby – Mohammed and Islam – out with the bathwater – the fundamentalist interpreters.

The dogmas of an anti-dogmatist

The enlightened researcher, who rails against untenable dogmas, transforms himself into a dogmatist who believes he knows precisely what the truth is (not) and what a modern, enlightened person must or must not believe. Polemic tones and an ugly irony creep into the text, and the bias against the sources that seemed justifiable at the beginning turns into caustic scorn for those who believe these sources to be their good news, i.e., Muslims.

Jansen strikes a false note, but, as a historian, he also exhibits extraordinary blindness. To cite but one example, there is at least one major, inexplicable gap in this biography of Mohammed – the Koran, the undisputed, earliest record of Islam. If, as Jansen appears to be convinced, a substantial part of Ibn Ishâq's biography of Mohammed was written with the aim of explaining the Koran, then what does the Koran explain?

Much of it may be incomprehensible, misinterpreted, and obscure, but it is not entirely incomprehensible. And making no effort at all to learn anything from the Koran itself about the intentions, motives, and historical contexts of the author or authors is scientific defeatism which makes it clear that even for a critical Western researcher there is more information about Mohammed to be extracted than Jansen is prepared to do.

We learn a great deal from Jansen about the difficulties of gaining reliable information about Mohammed. We find out nothing, however, about what we might learn from Mohammed and Islam.

Koran Studies
"What is the Koran?"
Christoph Luxenberg's book on the history of the origins of the Koran has found wide resonance internationally. But scholars of Islam are skeptical about the work. Michael Marx summarizes the results of a Berlin conference on the subject.

END_OF_DOCUMENT_TOKEN_TO_BE_REPLACED
Social media
and networks
Subscribe to our
newsletter