Macron and his five-point plan: Us versus all of you

Early last October, Macron presented his five-point plan against "Islamist separatism". He proposes therein a broad catalogue of measures geared toward fighting extremism and transforming it into a "French Islam". The secular state therefore wants to decide in future how a certain population group should practice their religion. Many French Muslims fear that this state-induced division will only fuel widespread anti-Muslim sentiment even further.

Charlie Hebdo has for its part made it clear that the Republic will not forgo the publication of disparaging cartoons in the future. The magazine immediately and defiantly put a cartoon of Turkish Prime Minister Erdogan on its cover. He is shown lifting a woman's veil, revealing her ample bare bottom underneath – a motif that is vulgar and not even funny. Erdogan had shortly before accused Macron of Islamophobia and called for a boycott of French goods. The French tragedy was instantly co-opted by world politics, one provocation answering the next, one image of the enemy facing off against another.

In a disconcerting form of self-mortification, even German leftists from Kevin Kuhnert to Sascha Lobo to Dietmar Bartsch now believe they are guilty of ignoring the threat of Islamism – but without adequately substantiating this guilt. They were probably thinking that leftists ought not to remain silent now, lest they be compared to those who refused to acknowledge for far too long the terrorism coming from the right. 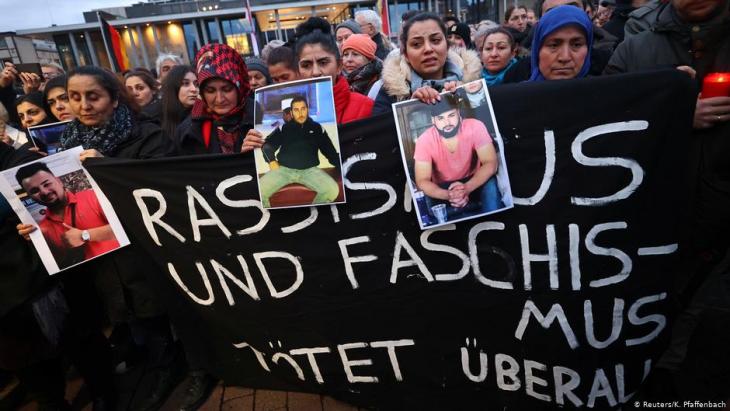 The problem with Islamophobia: according to European experts, Germany needs to take decisive action against hatred and Islamophobia on the Internet. "The constant Islamophobic and xenophobic rhetoric of the extreme right in Germany has had an impact on political discourse," the Council of Europe's anti-racism commission complained. In its report published in March 2020, the expert body identified ongoing deficits in the recording of hate speech on the Internet as well as in everyday life

Is it okay to call Charlie Hebdo "racist" and "Islamophobic"?

Meanwhile, on the daily French TV show "28 Minutes" on Arte, the intellectual Pascal Bruckner accused the journalist, feminist and anti-racism activist Rokhaya Diallo of ideological complicity with the killers of the Charlie Hebdo editors.

Diallo had signed a text in 2011 – four years before the attack – calling the editorial board "racist" and "Islamophobic". Bruckner in all seriousness now accused the activist of arming the killers and demanded that she take responsibility for it. "Your status as a black Muslim woman puts you in a privileged position," Bruckner added unabashedly, going on to charge that she had abused that privilege to incite hatred toward white men.

The 71-year-old essayist and novelist Bruckner is part of the French Nouvelle Philosophie group, whose representatives have repeatedly drawn attention to themselves through provocations. In 2013 he signed the "Bastard Manifesto", in which 343 men demanded "Hands off my whore" and spoke out against legal action against johns. The manifesto was a response to a feminist campaign for legalised abortion launched by 343 women in 1971. Against this backdrop, Bruckner's aggressive TV appearance facing off against the feminist Diallo attests to a divergence of views that is almost obscene.

In 2014, Bruckner published the book "Un bon Fils" (A Good Son) about his father, Rene Bruckner, a fanatical anti-Semite who abused his wife and son. At some point, said the author, he began to identify with those his father hated so much: the Jews. The French intellectual, who initially rose to fame with his 1979 book "The New Love Disorder", co-written with Alain Finkielkraut, is himself often perceived as a Jew.

The foreign policy direction favoured by Washington's new incumbent is putting a strain on relations with Turkey. The two nations look set to clash over a whole host of issues, ... END_OF_DOCUMENT_TOKEN_TO_BE_REPLACED

How can we truly appreciate the richness of cultures not our own? In her recent book "What is Islamic art? Between religion and perception", art historian Wendy Shaw explains the ... END_OF_DOCUMENT_TOKEN_TO_BE_REPLACED

Several media reports in recent weeks have focused on the potential threat presented by Islamist groups in Germany. The discourse is fraught with generalisations, both sides ... END_OF_DOCUMENT_TOKEN_TO_BE_REPLACED

The child of Iraqi refugees, Saman Haddad arrived in Germany twenty-five years ago at the age of thirteen. Now a well-known cultural figure in Bonn, Haddad doesn't wait for others ... END_OF_DOCUMENT_TOKEN_TO_BE_REPLACED

The Islamic Republic of Iran has been subject to sanctions ever since its creation in 1979. The more the regime has entrenched itself and expanded its power in the region, the ... END_OF_DOCUMENT_TOKEN_TO_BE_REPLACED

Turkey is largely isolated in the Middle East. Partners are few and far between. Its closest ally, Qatar, has just made peace with its neighbours. Together with the change of ... END_OF_DOCUMENT_TOKEN_TO_BE_REPLACED
Author:
Alexandra Senfft
Date:
Mail:
Send via mail

END_OF_DOCUMENT_TOKEN_TO_BE_REPLACED
Social media
and networks
Subscribe to our
newsletter