"Nothing but hyperbolic accusations and clichés"

Last year, Bruckner published a new book, "An Imaginary Racism", in which he examines a series of articles and lectures for themes of "Islamophobia and guilt". The field of tension between victims and perpetrators is also his focus here. Disappointingly, however, Bruckner delivers nothing but hyperbolic accusations and cliches. He attributes the dire situation in France entirely to the narrow-mindedness of "the left", although it is not clear exactly whom he means by this.

As evidence, he cites predominantly non-influential splinter groups, or he rails against proponents of anti-racism. Bruckner claims that, after the fall of communism, the left wing discovered a substitute ideology in Islamism, thereby trivialising Islamist terrorism and over-identifying with Islam as the religion of the oppressed. Leftists tend to idealise Muslims as victims, he contends, instead of holding them accountable for their actions, which in effect makes them the real racists.

According to Bruckner, anti-Muslim sentiment is merely "imaginary racism" – because, for him, racism directed against Muslims simply does not exist. This is intellectually dishonest. The left, he says, act as "language police", censuring anything that looks like racism and thus sacrificing freedom of speech on behalf of a dictatorial Muslim minority. The essayist claims that leftists then treat liberal Muslims who criticise their own religion like traitors. He is referring here to those "critics of Islam" who put forth crude arguments and make sweeping judgments, while ignoring other reformers who do not provide easy answers.

He misses the mark when he then declares Islam a failure per se and asserts that Muslims are incapable of dealing with freedom. At the same time, he conflates Islam and Islamism because he probably sees no difference between the two. "Everything that was admirable in Islamic civilisation ... has been swept away and undone over the past thirty years by the excesses of God's professional killers," writes Bruckner, insinuating that all Muslims should be lumped together with the Islamist perpetrators. Islam seems to him to be "a religion of graveyard silence". 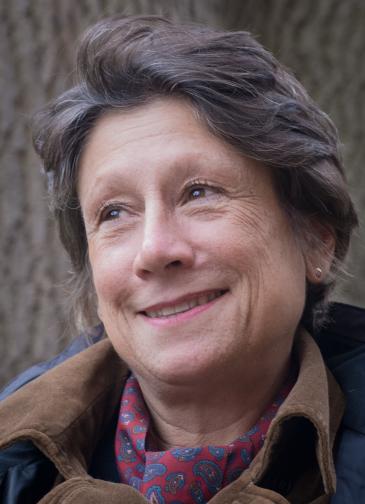 Lacking nuance: "Bruckner's book is a potpourri proffered by an evidently disillusioned product of the late-sixties freedom movements who doesn't want to let emancipated Muslimas and veiled women make him feel bad about his lust for miniskirts and prostitutes. His paean to French freedom, to secularity, is an expression of a Eurocentric, postcolonial attitude. What France, Europe and the rest of the world need now is constructive thinking and criticism – and Bruckner's hateful verbal crusade has nothing to offer on that front," writes Alexander Senfft

Prejudice instead of differentiation

Bruckner accuses the renowned expert on radical Islam Olivier Roy of a lack of scholarship, but then presents his own arguments in an unscientific and one-sided manner. He populistically picks out only those aspects that support his own prejudices, while suppressing facts that would be useful for putting together a more complex picture with finer nuances. It's all about provocation.

He then goes into abusive mode with his superficial and blasphemous observations on veils, burkas and burkinis – for him, the veil is tantamount to a "shroud". And it is chauvinistic of him to accuse feminists of trivialising the sexual assaults on New Year's Eve 2015 in Cologne and abandoning the women who were attacked, charging them with a supposedly anti-racist state of delusion.

The feminists had demanded only that an over-emphasis on the origin of the aggressors should not allow the "crimes to be exploited" as a way to distract from the fact that women all over the world are the victims of macho violence.

What's more, does it have anything to do with reality when Bruckner praises Israel as a "haven of peace and wealth, in the midst of an Orient ravaged by anarchy"? This dictum testifies to an idealisation and over-identification with a state that he apparently considers to be the epitome of everything Jewish, indeed of Judaism par excellence.

On sober reflection, Israel is in fact deeply divided socially, fractured by unresolved conflicts, and ruled by the right wing and the ultra-Orthodox faction. Bruckner contrasts his vision of peace with a postulated anarchy in the "devastated Orient" while failing to mention the background and the dynamics in which the "Occident" has had no small role, from colonialism to the present day.

In certain passages, Bruckner resorts to martial rhetoric, his thoughts mixed up with the central Christian ideas of original sin and reconciliation. He thus contributes to the hypocritical discourse that is being advanced in Germany by conservatives under the label "Christian-Jewish dominant culture". A murder like that of Samuel Paty is grist to the mill for those who divide the world into an enlightened, free West (with Israel as the defender of Western values in the Middle East) and a backward, oppressive "Orient" intent on conquest.

Bruckner's book is a potpourri proffered by an evidently disillusioned product of the late-sixties freedom movements who doesn't want to let emancipated Muslimas and veiled women make him feel bad about his lust for miniskirts and prostitutes. His paean to French freedom, to secularity, is an expression of a Eurocentric, postcolonial attitude. What France, Europe and the rest of the world needs now is constructive thinking and criticism – and Bruckner's hateful verbal crusade has nothing to offer on that front.

Islam and violence – There is a difference

The foreign policy direction favoured by Washington's new incumbent is putting a strain on relations with Turkey. The two nations look set to clash over a whole host of issues, ... END_OF_DOCUMENT_TOKEN_TO_BE_REPLACED

How can we truly appreciate the richness of cultures not our own? In her recent book "What is Islamic art? Between religion and perception", art historian Wendy Shaw explains the ... END_OF_DOCUMENT_TOKEN_TO_BE_REPLACED

Several media reports in recent weeks have focused on the potential threat presented by Islamist groups in Germany. The discourse is fraught with generalisations, both sides ... END_OF_DOCUMENT_TOKEN_TO_BE_REPLACED

The child of Iraqi refugees, Saman Haddad arrived in Germany twenty-five years ago at the age of thirteen. Now a well-known cultural figure in Bonn, Haddad doesn't wait for others ... END_OF_DOCUMENT_TOKEN_TO_BE_REPLACED

The Islamic Republic of Iran has been subject to sanctions ever since its creation in 1979. The more the regime has entrenched itself and expanded its power in the region, the ... END_OF_DOCUMENT_TOKEN_TO_BE_REPLACED

Turkey is largely isolated in the Middle East. Partners are few and far between. Its closest ally, Qatar, has just made peace with its neighbours. Together with the change of ... END_OF_DOCUMENT_TOKEN_TO_BE_REPLACED
Author:
Alexandra Senfft
Date:
Mail:
Send via mail

END_OF_DOCUMENT_TOKEN_TO_BE_REPLACED
Social media
and networks
Subscribe to our
newsletter