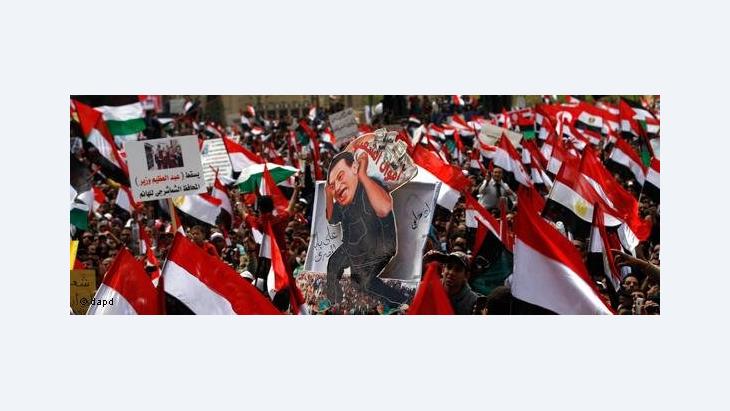 ﻿In order not to leave the field open to fundamentalists, numerous Egyptian activists and intellectuals have expressed their commitment to the establishment of a civil and secular state. The author May Telmissany is among them. An interview by Samir Grees

When you look back at events in Egypt since Mubarak's resignation on 11 February, such as the arson attacks on churches and interreligious tensions and fighting, as well as the strong presence of the radical Islamic Salafist movement, do you think it is at all possible to establish a civil state in Egypt under these conditions?

May Telmissany: I am quite convinced that the civil character of the state is a necessity in Egypt. Shortly after Mubarak's resignation, I and some of my friends signed a declaration that was then published in a number of Arabic language newspapers calling for changes to Article 2 of the Egyptian constitutions (Article 2 states that Islam is the state religion and the principal source of legislation – ed.). We reacted so quickly because we were aware that the revolution in our country was the opportune moment to introduce a real transformation in Egypt. Only a civil state can guarantee such a transformation. 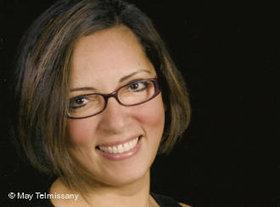 "Establishing a civil state is the highest priority for the country": the Egyptian writer and activist May Telmissany

​​Some people are of the opinion that Egypt is already a civil state.

Telmissany: Yes, that is true. The problem, however, is that over the past three or four decades, the Islamist and Salafist currents have deepened. This growth presents a real threat to the future of Egypt. You have already mentioned the attacks on churches. Such attacks even took place before the revolution, for example, on 1 January this year in Alexandria.

At the time, I wrote an article entitled "The Scoundrels". The title refers to those individuals who committed horrible deeds as well as those that assisted them – and here I meant the silent majority. On account of such incidents, it is now of utmost importance to establish a civil state. At the moment, achieving this goal is the highest priority for the country.

Perhaps this reflects the views of left-wing activists or intellectuals. However, if we take the recent referendum on constitutional change in Egypt as an example, we see that the majority of Egyptians wish to stress the Islamic character of the state. The Muslim Brotherhood have said that changing Article 2 is a line not to be crossed. Others say that a civil state is a secular state, which in turn is an atheistic state – something that the majority of Egyptians reject. In this atmosphere, how do you plan on convincing Egyptians of the merits of your initiative?

Telmissany: Since the resignation of former President Mubarak, there have been many initiatives and actions to educate people on this issue and convince them of the advantages offered by a civil state.

Some feel that the call to establish a civil state is merely a dream with practically no hope of being realized. 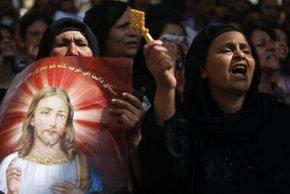 "The civil state protects all religions." Pictured: Egyptian Coptic Christians protesting the recent attacks on Christians and churches in front of the state television building in Cairo

​​Telmissany: Our efforts are not about realizing some dream fantasy nor are they an expression of pure idealism. Many intellectuals have spoken out in favour of the Muslim Brotherhood being able to actively participate in Egyptian politics. Now, the Muslim Brotherhood has to listen to other voices – those of secular Egyptians and those on the left. These voices will play an influential role in the coming phase of political development.

What exactly does your initiative entail?

Telmissany: We are currently preparing a number of campaigns. We want to establish direct contact with people in the street in order to explain our views. It is important to clarify that there is a huge difference between calling for a civil state – which is the opposite of a religious or military state – and the rejection of Islam or religion in general. The civil state protects all religions and guarantees individuals the freedom to practice their faith.

Wouldn't it be easier to belong to a political party and engage in these actions with the help of regional party associations?

Telmissany: As a writer, I don't wish to belong to any political party. I want to remain independent. Yet, some activists in our initiative are looking for a suitable party – one that also has the establishment of a civil state as its goal. 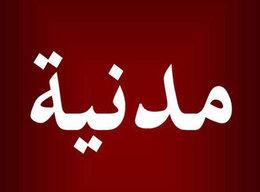 Along with other intellectuals and writers, May Telmissany recently help set up the "Madaniyya" (For a Civil State) initiative

Telmissany: No! There is a clear separation of power. The Muslim Brotherhood enjoys a majority in parliament, but the next president will be someone who is endorsed by the military.

Parliamentary elections will take place in Egypt this coming September. Do you expect the Muslim Brotherhood and the Islamists to form a majority in the new parliament?

Telmissany: According to estimates, the Muslim Brotherhood will take between 35 and 40 percent of the seats in the new parliament. I am not in the least bit optimistic in terms of what the next elections will bring. You simply can't expect that the new and inexperienced parties could provide real competition for the Muslim Brotherhood. Yet, even a journey of a thousand miles begins with the first step. And regardless of the results, the elections mark the start of the Egyptian people finally exercising their democratic rights. This in itself is enormous progress, especially in light of the past 40 years.

May Telmissany is an award-winning writer. She was born in Cairo in 1965 and has lived in Canada since 1998, where she holds the position of Assistant Professor of Arabic studies at the University of Ottawa. Her novel "Dunyazad" has been translated into six European languages.

Home
Print
Newsletter
More on this topic
The Merit Publishing House in Cairo: A Mecca for Intellectuals, a Centre of the RevolutionInterview with Sadiq Al-Azm: A New Spirit of Revolution
Related Topics
Arab Spring, Arabellion, Democracy and civil society, Islamism | Political Islam, Secularism in the Islamic world, Sharia
All Topics

In Doha, Arabs from Morocco, Tunisia, Egypt and Algeria are gathering to celebrate the first ever FIFA World Cup to be held on Arab soil. The criticism from Europe? Over the top, ... END_OF_DOCUMENT_TOKEN_TO_BE_REPLACED

November 2022 sees the Arab world firmly in the spotlight with the COP27 in Egypt and the FIFA World Cup in Qatar. Public trust in MENA governments is weak, thanks to their ... END_OF_DOCUMENT_TOKEN_TO_BE_REPLACED

Palme d’Or winner "Boy from Heaven" is a classic crossover film in which cultural elements are mixed together in haphazard and random fashion. Shady Lewis Botros bemoans the ... END_OF_DOCUMENT_TOKEN_TO_BE_REPLACED

COP27 in Sharm el-Sheikh is turning into a PR disaster for Egypt’s military regime. Instead of praise for the host, the news is full of solidarity for imprisoned activist Alaa ... END_OF_DOCUMENT_TOKEN_TO_BE_REPLACED

END_OF_DOCUMENT_TOKEN_TO_BE_REPLACED
Social media
and networks
Subscribe to our
newsletter