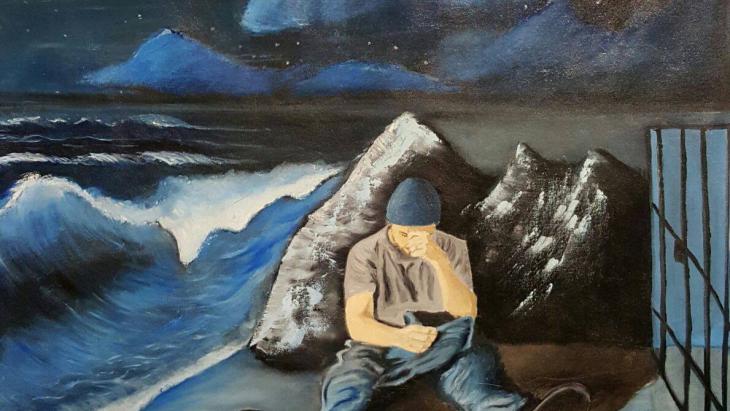 An Iraqi artist on Nauru

″My art is my saviour″

Donald Trump′s disparaging remarks about refugees held in offshore detention centres by Australia last month left Abbas Al Aboudi both shocked and depressed. The President of the United States was incensed about a plan that his predecessor Barack Obama had struck with the Australian government in November 2016 to resettle around 1250 asylum seekers being held on the small Pacific Islands of Nauru and Manus Island, part of Papua New Guinea. He tweeted about it after a heated call with Australia′s Prime Minister Malcolm Turnbull, dubbing the entire contingent ″illegal immigrants″.

In the media reports about the diplomatic fallout in Australian American relations, Aboudi felt forgotten.

″I no longer felt human, hearing Trump talk about us as if we were the absolute dregs. Now I don′t believe I will ever get off this island,″ he admits.

The Iraqi plasterer turned visual artist has been stuck on Nauru for over two years. He escaped Baghdad in July 2013 after receiving death threats from terrorist groups that he refuses to name for fear of reprisals for his family. Flying first to the United Arab Emirates and then on to Indonesia, where he stayed from several weeks, he finally boarded a small vessel with his cousin. He paid a smuggler around 10,000 euros for the voyage to Australia and spent four harrowing days at sea, extremely dehydrated. 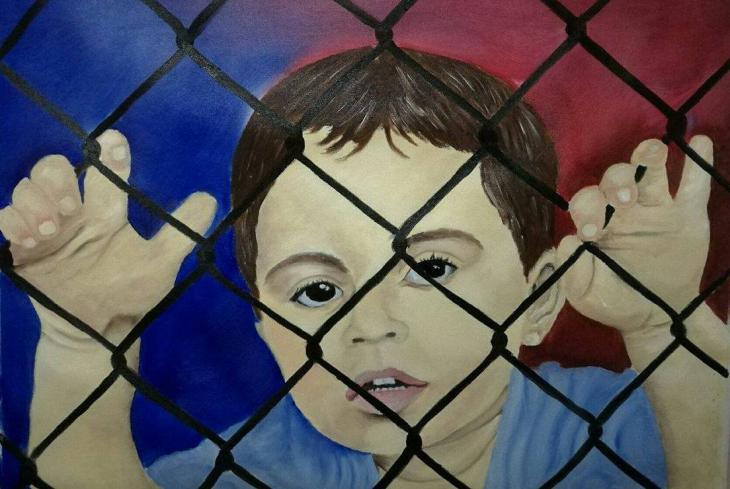 "Most of the time when I paint, my mind obsesses over the helplessness of my condition. My art is my saviour, but sometimes I feel I have no energy left to be patient," admits Al Aboudi

His timing could not have been worse. Australia′s former prime minister Kevin Rudd had just negotiated a deal with the Nauruan and Papua New Guinean governments to detain refugees intercepted by the Australian navy and re-settle them in offshore detention centres. He spent eight months in a detention centre on Christmas Island and was then transferred to Nauru, where he has been in legal limbo ever since.

Most of the refugees housed in the camps that have been roundly criticised by human rights groups and the United Nations for prison-like conditions and multiple incidents of abuse hail from Iraq, Iran and Somalia – nationals of which countries were recently banned from entering the United States in one of President Trump′s first executive directives.

Aboudi is luckier than most. Deemed a genuine refugee by the authorities when he was transferred from Christmas Island eight months ago, these days he is free to roam the tiny remote 21 kilometre square island. Yet he still feels entrapped and his mental state has deteriorated.

Turning to art in desperation, he has discovered a way of processing the trauma and depression that threatened to engulf him. Exhibiting daring colour sense, he creates works that are fresh and haunting. One picture shows Aboudi′s handcuffed hands holding a pencil and references the humiliation he experienced while still a resident of the camp.

An Australian refugee advocate had sent him some painting supplies. When he went to pick them up from the parcel delivery centre, the camp guards would not let him back in with them. His pleas falling on deaf ears, Aboudi was at least able to secrete his supplies in a hiding place outside the camp. Later a sympathetic guard helped him smuggle them in. Others depict the despair and hopelessness which is the daily bread of asylum seekers on Nauru. Most of the refugees, including Al Aboudi, can't return to their countries of origin for fear of persecution and Australia doesn't allow any refugees into the country who arrived by boat post-July 2013. For many, the future looks bleak.

A glimmer of hope

Al Aboudi, who recently celebrated his twenty-eighth birthday in austere conditions, cracks a shy smile. About a month ago, he was asked by the contracting company that runs the Nauru detention centre whether he would like to be resettled in the United States. Three hours of thorough vetting and several weeks later and still no word.

All Abbas Al Aboudi can do is paint and hope.

Turkey is the second-largest exporter of TV series in the world, boasting a growing presence on international screens from Pakistan to Chile. The "dizis" offer audiences an ... END_OF_DOCUMENT_TOKEN_TO_BE_REPLACED 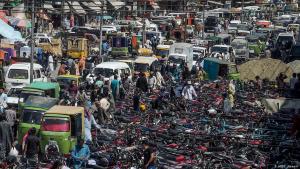 Pakistan has recorded more than 4,000 coronavirus cases in a single-day – taking the total number of reported infections to over 82,000. Reports suggest actual cases in the ... END_OF_DOCUMENT_TOKEN_TO_BE_REPLACED

With the first COVID-19 case having been detected in the Kutupalong Rohingya refugee camp in Bangladesh, aid agencies are warning that without additional resources, there will be ... END_OF_DOCUMENT_TOKEN_TO_BE_REPLACED

Obscurantism is making it harder to prevent Covid-19, not only in Southeast Asia. Though India's lockdown was poorly planned, we must hope it will prove effective. By Aditi Roy ... END_OF_DOCUMENT_TOKEN_TO_BE_REPLACED

In the face of COVID-19, we need to admit the political mistakes of recent years and adjust our trajectory according to the compass of reality. People around the world – ... END_OF_DOCUMENT_TOKEN_TO_BE_REPLACED

Going by the official numbers, Turkey is doing well, especially in comparison to other countries. But does this impression correspond to the reality? There are significant reasons ... END_OF_DOCUMENT_TOKEN_TO_BE_REPLACED
Author:
Farid Farid
Date:
Mail:
Send via mail

END_OF_DOCUMENT_TOKEN_TO_BE_REPLACED
Social media
and networks
Subscribe to our
newsletter