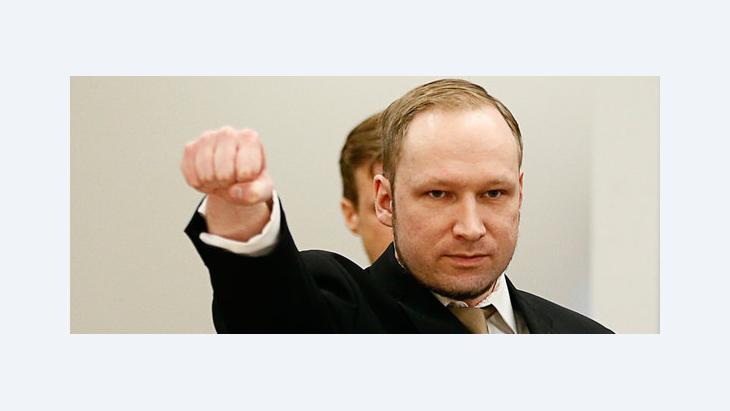 The Capitulation of Mainstream Politics

﻿In this essay, Paul Hockenos writes that it would be a mistake to dismiss Breivik's hate-drenched tirades as the outpourings of a madman and points to the fact that Islamophobia has been a staple of political discourse in European politics and an inspiration for the extreme right since 9/11. He calls for greater vigilance on the part of intelligence and security forces and stronger resistance from democratic parties in Europe

﻿The biggest mistake that Europeans could make would be to discount Anders Behring Breivik's rambling tirades against Islam and multiculturalism as the ravings of a crackpot. Breivik's thousand-page manifesto and his convictions in general are not the "bizarre" product of a "delusional thought universe", as the first Norwegian psychiatric report concluded. On the contrary, Breivik's "thought universe" bears all the staples of a political ideology that accurately reflects a potent Islamophobic discourse that has taken hold across the continent and beyond since 9/11.

Breivik's monstrous crimes must serve as a shrill wake-up call for Europeans – and not just Europeans – to acknowledge the very real potential for violence inherent in this movement and take action to stem it at its source.

Breivik is not a Norwegian novelty, but is instead symptomatic of a growing culture of politically motivated violence across the continent. Muslims have been assaulted and killed, their mosques and institutions smeared with graffiti and bombed. Indeed security services have been far too lax about the threat from the far right, especially its most radical, Islam-obsessed currents.

Yet the source of the discrimination, hate speech and violence increasingly directed at Europe's Muslim communities lies much closer to home: Islamophobia has won an accepted presence in mainstream discourses and politics from Scandinavia to the Mediterranean. Political parties that espouse a somewhat milder version of Breivik's thoughts sit in parliaments across northern Europe and in the European Parliament, and even participate in ruling coalitions.

"Anti-Muslim racism" not yet a taboo 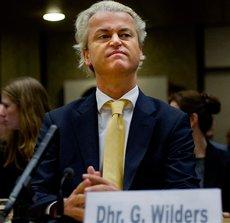 Geert Wilders denies any affinity between himself and Breivik, although the Norwegian mass-murderer quoted the Dutch right-wing politician on numerous occasions in his writings

​​Even proper democrats have capitulated to Islamophobia, unable to field the complex issues of Islam and Europe's Muslims constructively. The burqa bans in France and Belgium had similar support. Acts like these further stigmatise Muslims and play straight into the hands of this new generation of Europe's right, which includes extremists like Breivik who are inspired by its arguments.

"Anti-Muslim racism" – a cultural hierarchy that imputes immutable characteristics to cultures (Western civilization at the top, retrograde Islam its nemesis) instead of differentiating on the basis of skin colour – defines their ideology of hate. Muslims are not biologically inferior, it is argued, but rather culturally incompatible. Yet this clash of civilizations perversely functions just like racism and serves the purposes of those who have long sought to stem immigration, keep Turkey out of the European Union or secure a white, Christian Europe. Unlike overt racism, there is no politically correct taboo against it – yet.

Breivik's Internet postings and statements – as well as the dozens of anti-Islamist intellectuals, authors, and bloggers in Europe and North America whom he references – are shot through with textbook anti-Muslim racism. In a nutshell, this world view portrays the last 1,500 years of history as the battle of Western civilization to stem the advance of a violent, monolithic Islam striving to destroy traditionally Christian Europe. In the name of the Enlightenment, so say Breivik and his ilk, the counter-jihad is defending the achievements of the West from the imposition of Sharia law everywhere.

The twin policies of "the left", the EU and "cultural Marxists" as they're called by the anti-Muslim campaigners, that gave the jihad a new foothold in the West were immigration and multiculturalism. It was state-sponsored multiculturalism that put Islam on a par with Christianity, they say, enabling it to flourish in Europe, or "Eurabia", at the expense of a dwindling white population. These modern-day crusaders see themselves as the protectors of liberal tolerance, even of women's and gay rights, against a totalitarian Islam. The counter-jihad makes no distinction between long-integrated Muslim migrant communities and al-Qaeda. 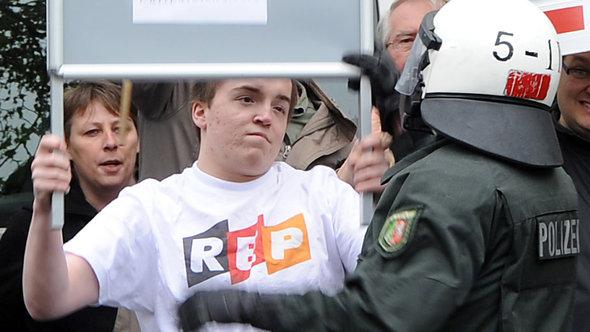 ﻿In their eyes, only radical forms of action – of violence, war and a fight to the bitter end – can remove Islam's threat, explains Matthew Goodwin, a British analyst of the right wing at the University of Nottingham. The movement, he argues, cultivates the belief that "they are engaged in a battle for racial or cultural survival; that their racial, religious or cultural group is threatened by imminent extinction; that existing political options are incapable of responding to this threat; that urgent and radical action is required to respond to these threats in society; and that they must fulfil this duty in order to leave a legacy for their children and grandchildren."

There are more and less explicit incitements to action among the anti-Islam denizens, but proponents of the Islamophobic creed, the intellectual fathers of Breivik's "thought universe", are not fringe fanatics in Europe. Those who doubt this should look at the status of Islamophobic parties and the kinds of thinkers who supply them with ideological fodder.

Islamophobia in the political mainstream

Although they exist in strong numbers from Italy to Finland, the standard bearer is arguably Geert Wilders' Freedom Party in the Netherlands. Statements made by the silver-coiffed leader of the third-largest force in the Dutch parliament appeared again and again in Breivik's writings. Wilders denies any affinity between himself and the Norwegian killer, calling him "violent and sick", yet Wilders tripled his party's popularity by campaigning to halt the "Islamisation of the Netherlands." He is not the only politician of his kind who compares the Koran with Hitler's Mein Kampf (in his defence this week in Norway, Breivik made a similar analogy, justifying the shooting of the teenagers as they were the equivalent of the Hitler Youth).﻿ 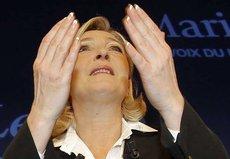 Islamophobia has long been part of the discourse of mainstream parties in Europe; the Front National made capital out of the shootings in Toulouse in April by increasing its anti-Islamic rhetoric in the French presidential election campaign

​​From 1999 to 2007, Breivik had been an active member of Norway's version of Wilders's party, namely the anti-immigration Progress Party, the main political opposition in Norway. At least until he left, he fit right in: he chaired a local Oslo branch and was deputy leader of the local youth branch. However, even the party's restrictive immigration policy and its stance on law and order weren't enough for Breivik.

Norway's Progress Party has also energetically distanced itself from Breivik's radicalism – but its thinking clearly influenced him. Yes, he took the one horrible step forward on his own, but it is parties like this – increasingly mainstream parties – that are the petri dish for this radical counter-jihad.

In France, far-right candidate Marine Le Pen captured a full 18 per cent of the vote in the first round of the presidential elections. In the wake of the Toulouse killings last month, when a lone gunman who claimed association with al Qaeda shot dead seven people, Le Pen ratcheted up her anti-Islam rhetoric, accusing the government of surrendering poor suburbs to Islamic radicals.

This political mainstreaming of Islamophobia would have been inconceivable without the post-9/11 anti-Islamic discourse across European media and the blogosphere. In large part, this trail was blazed by intellectuals, who defended their positions in the name of liberalism and human rights. The fact that Breivik was nowhere on Norway's radar underscores just how blind European intelligence and security services have been to the threat from the right since 9/11. 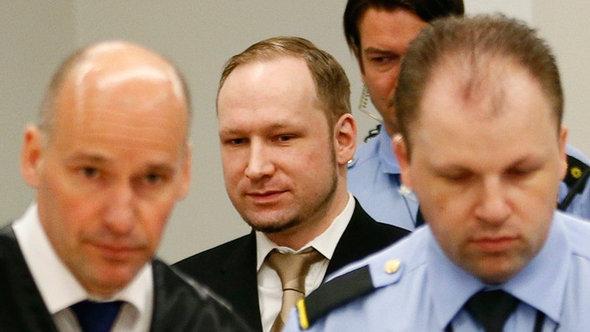 Petri dish for a radical counter-jihad: according to Hockenos, "the intellectual fathers of Breivik's 'thought universe', are not fringe fanatics in Europe. Those who doubt this should look at the status of Islamophobic parties and the kinds of thinkers who supply them with ideological fodder"

Obviously, European security forces have to refocus and zero in on right-wing terrorist groups. But the Islamophobic phenomenon is far greater than the likes of Breivik or the thugs of the English Defence League. Democratic political parties have to refuse to form coalitions – formal or informal – with parties that employ bigotry to win votes, no matter how powerful they are. They have to resist caving in on core democratic issues like immigration and the freedom of Muslim women to wear a veil. And programmes promoting religious tolerance have to be introduced in schools.

Yes, the voices of Islamophobia were temporarily cowed in the aftermath of the Breivik killings – and it was a hopeful sign that some kind of lesson had been learned about the power of words and hatred. But this reprieve didn't last for long. After vehemently disowning the psychopath Breivik, the counter-jihad went back to touting their anti-Muslim racism as stridently as ever. Norwegian newspapers regularly shut down their web comment boards because of abusive language on almost every published article on Islam or immigration.

Meanwhile, the country's media is obsessed with the details of Breivik's monstrous act, the mistakes of the police and, above all, the man himself. "We are looking so intensely into the eyes of the terrorist that we are becoming blind," wrote Aslak Sira Myhre of Fritt Ord, a Norwegian foundation for free expression. "He is becoming a celebrity, an icon of evil. But we close our eyes to the fact that Behring Breivik's world view is shared by many all over Europe."

German Middle East analyst Guido Steinberg and television journalist Ulrich Tilgner have both published new books on the conflicts in the Middle East. Their analyses and their ... END_OF_DOCUMENT_TOKEN_TO_BE_REPLACED

On 27 March, Iran and China signed a 25-year accord intended to foster "strategic co-operation". Despite ongoing uncertainty over the deal's actual scope, content and chances of ... END_OF_DOCUMENT_TOKEN_TO_BE_REPLACED

In Grenoble, France, two professors have been pilloried in a dispute over the use – or otherwise – of the term Islamophobia. Is freedom of speech in jeopardy? By Stefan Dege and ... END_OF_DOCUMENT_TOKEN_TO_BE_REPLACED

Liberal Islam: everything revolves around the Koran. In the search for a liberal interpretation, peculiar constructs occasionally emerge. By Alexander Flores END_OF_DOCUMENT_TOKEN_TO_BE_REPLACED
Author:
Paul Hockenos
Date:
Mail:
Send via mail

END_OF_DOCUMENT_TOKEN_TO_BE_REPLACED
Social media
and networks
Subscribe to our
newsletter