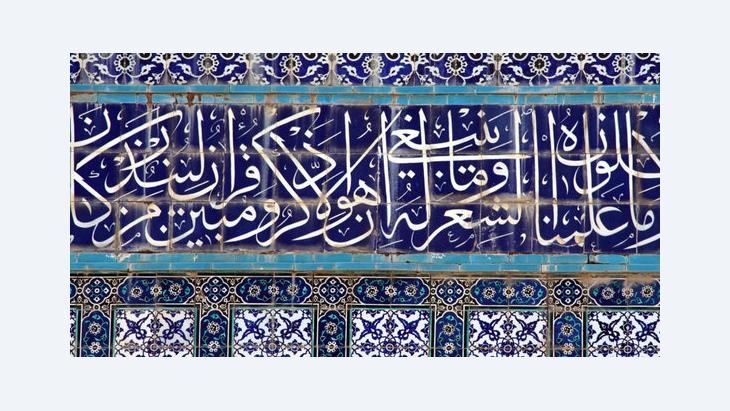 Addressing the Problem of Islam's Image

In her book "Image Problem: the image of evil Islam and my colourful Muslim World", Anja Hilscher has attempted to tackle head on some of the stereotypical perceptions of Islam. In the end, however, she falls into the trap of merely reinforcing some of these prejudices. Annett Hellwig has been reading the book

There can be no serious doubting of the fact that Islam is in need of a better press in Europe. In spite of some of the more enlightened and rational approaches aimed at educating the public, it seems that widespread and persistent prejudices remain and that these tend to prevent the development of any open-minded discussion of the matter.

In her eponymously titled book, Anja Hilscher attempts to tackle this "image problem" and to address existing prejudices in a humorous and entertaining manner. A qualified primary and secondary school teacher in Germany, the author is herself a Muslim and has been for more than half her life. She is currently involved in the supervising of integration courses. (Since 2005, Germany's immigration law has required that some newly arrived immigrants take part in courses on German language and society.) 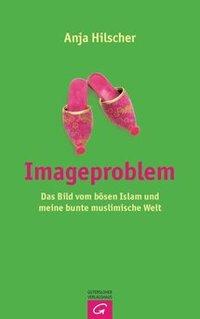 Doing away with prejudices and stereotypes against Muslims: Hilscher provides us with a "prediction", a mystical vision of a future for the currently rather "uncool" Islam

​​Over twenty chapters Hilscher tells us about the "real" Islam and takes the view that this is something that not only outsiders, but many Muslims, too, do not properly understand nor practice. The image of "evil Islam" is contrasted here with the colourful life she knows on a day-to-day basis as a Muslim.

The cliché of the seventy-two virgins in paradise is given short shrift in the book as is the perceived menace of Sharia law or the Islamic judicial system, which, according to the author is very much based upon the work of "medieval theologians with a strong inclination towards intolerance and fanaticism".

By highlighting such stereotypical clichés and constructing its arguments around them, however, the book also manages to provide the reader with some completely new stereotypes.

The reader also discovers that many Far Eastern and Western philosophies have in their essentials a great deal in common with Islam and that, ultimately, all religions worship the same God anyway. Numerous quotations from the Koran and the Hadith are included and the Bible brought in for comparison, while Goethe, Lao Tse and the German philosopher and mystic Meister Eckhart all have their say.

In her concentration on the sarcastic wit that pervades almost every page of the book, Anja Hilscher overlooks a number of important points and some of her attacks come across as exaggerated and not always justified.

Is it all down to misunderstanding?

The idea of appending appropriate source citations to each chapter is basically helpful; however the way in which the relevant passages are used does not always demonstrate the care one might have wished for. It might also have been a good idea to have focused now and again on some of the more accessible interpretations of the religious sources, or at least to have drawn the readers' attention to the existence of these. 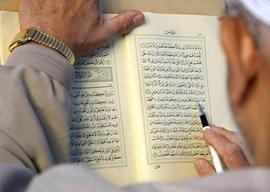 "The Koran is as unambiguous as a cookery book": Hilscher details the basic principles of Islam, the rituals and modern lifestyles of contemporary Muslims and cites surahs from the Hadith and the Koran

​​As it is, after reading the book, we are left to wonder why it is that in such a peace-loving and harmonious religion such excesses as terrorism and the (only too real) discrimination against women can exist. According to the author, it is simply all a matter of misunderstanding.

The book is laced with anecdotes on the Prophet's respectful and exemplary treatment of women. It all sounds very nice. But does this not involve the glossing over of some historical facts?

How does it square for example with the historical patriarchal context in which the Koran was revealed to Muhammad? The question posed at the beginning of the book about the relationship between religion and culture is never properly answered either. And if there really is equality between all religious and philosophical truths, then why should we need to bother to become all worked up with enthusiasm for Islam?

In conclusion, Hilscher provides us with a "prediction", a mystical vision of a future for the currently rather "uncool" Islam. She firmly believes that there will come a day when the differences between the various ideologies will dissolve and a "new Islam" arise.

All in all, "Image Problem" is an entertaining read for those who want to get to know something more about the friendly face of Islam and who are not going to be put off by the author's sometimes rather idiosyncratic humour.

﻿Translated from the German by ﻿Ron Walker

The protests against police violence in the USA have triggered a discussion in Germany about discrimination, immigration and the country's image of itself. Why are people who do ... END_OF_DOCUMENT_TOKEN_TO_BE_REPLACED

In the age of corona, Ankara's regional power strategy is twofold: on the one hand, Turkey is engaged in a charm offensive to revamp its political image, which has suffered lately ... END_OF_DOCUMENT_TOKEN_TO_BE_REPLACED

The Sudan Partnership Conference on 25 June is seeking funding commitments to rebuild Sudan’s desolate economy. As Annette Weber argues, the crucial point will be aligning ... END_OF_DOCUMENT_TOKEN_TO_BE_REPLACED

At a time of widespread international protests against racism, triggered by the killing of George Floyd in the United States, there are calls to remove the term race from the ... END_OF_DOCUMENT_TOKEN_TO_BE_REPLACED

Having forfeited any real influence in Libya, Europe needs to look to the judicial use of sanctions. Curbing Russian influence and drawing support away from Haftar is essential if ... END_OF_DOCUMENT_TOKEN_TO_BE_REPLACED

On 24 November 2019, the International Consortium of Investigative Journalists (ICIJ) – along with 17 media partners from 14 countries around the world – published the "China ... END_OF_DOCUMENT_TOKEN_TO_BE_REPLACED

Comments for this article: Addressing the Problem of Islam's Image

If one does even a cursory search of the 3 main Western religions based in Mideast or 5 major including Hinduism and Buddhism, he would find that there is more similarities than differences in all of them. All wish the followers to honor "GOD" and their parents and those caring for them (first 4 commandments) and know the things man is not to do in the last 6. In some ways the harshest of the five is Judaism in the manner one is to punish another if he speaks dishonorably of God/Yahweh. Christianity has a 2 thousand year history of going to war in the name of God when the main reason was to gain or re-gain territories lost and not just the Crusades but wars within Europe and between Europe and Britain. Buddhism has many battles between different sects and against those practicing Hinduism. It is not the manner of the religion that is "bad" but the people practicing one kind and saying the others are wrong enough to fight against in a war--They weren't, but man looks at it so the salve his own conscience for fighting in the first place.
We as Westerners must stop looking for something "wrong" with Islam and allow them to practice. The graciousness in Islam that also comes from the customs of the Middle East is something most of us could learn to practice more often. We would get along better with ourselves and our neighbors if we did. Islam wants man to be good and to do good in this life and be prepared for the hereafter. Is that not what Christ told the Apostles and therefore us 2 thousand years ago???

Annett Hellwig says in her comment: "As it is, after reading the book, we are left to wonder why it is that in such a peace-loving and harmonious religion such excesses as terrorism and the (only too real) discrimination against women can exist. According to the author, it is simply all a matter of misunderstanding.The book is laced with anecdotes on the Prophet's respectful and exemplary treatment of women. It all sounds very nice. But does this not involve the glossing over of some historical facts?

Dear Annett, it would have been appropriate if you yourself had given some concrete examples of “historical facts” to contradict what Anja Hilscher has tried to explain to the German readers about the life of Prophet Mohammed. Yes, women are treated very negatively in some Muslim societies. No one is denying that but it is not because of Islam but because of patriarchal nature of the societies. Discrimination against women exists in every society in the world. Until 1750, women were being burned alive in Europe, had no rights of property, divorce or voting rights. Compare that to what Islam gave to women 1450 years ago and then you will understand the difference. Besides, you take the best in the west and compare the worst in Muslim countries and blame Islam for that. That, I find unfair.

Terrorism has no place in Islam and if it was, as you are suggesting then how come it only came to surface in the last 25 years and that too as the weak person's weapon. The history of modern terrorism - if we can define it - has deep roots in all parts of the world and the term is always defined from the perspective of the might. Terrorism of one is also freedom struggle of another person. For example Taliban are called by the West and USA as terrorists while they claim to be fighting for their country. So are Palestinians and so did many other groups in Europe. Red Brigade, Baader Meinhof, ITA and IRA, just to name few. Does it mean that Christianity is preaching terrorism?

END_OF_DOCUMENT_TOKEN_TO_BE_REPLACED
Social media
and networks
Subscribe to our
newsletter