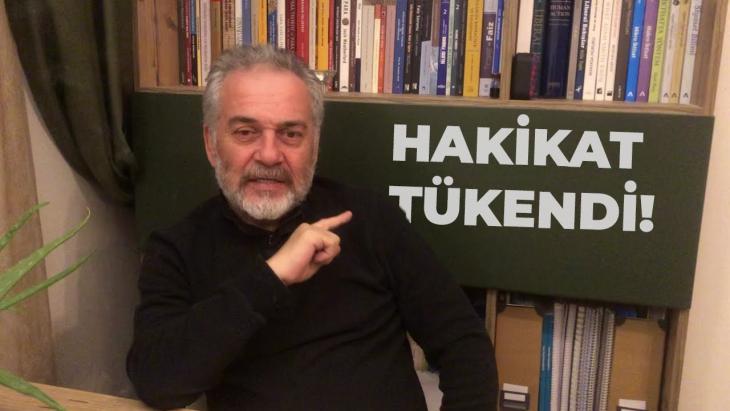 Professor of theology and Qantara interview partner Mustafa Ozturk has resigned from an Istanbul university after immense pressure from certain segments of the Islamic community, having advocated a version of Islam they deemed "blasphemous". Ayse Karabat reports from Istanbul

Turkey's Muslim theology community has been split down the middle following controversial statements made by Mustafa Ozturk, a professor specialising in Koranic exegesis (tafsir), and his subsequent resignation from an Istanbul university.

While some argue that his words should be considered within the boundaries of academic freedom, some have accused him of apostasy, even going so far as to question his capacity as a theological expert. The former accuse the latter of establishing a sort of an Islamic inquisition on social media and the latter accuse the former of supporting and encouraging apostasy.

With his unorthodox ideas, Ozturk has been a controversial figure within the community and scholarship for a very long time. He has also been subjected to verbal abuse and even death threats in the past. Following, however, a recent and massive campaign against him, Ozturk submitted his resignation to Marmara University’s Theology Faculty on 2 December. Acceptance by the university was immediate; it then set about removing anything and everything that might have pointed to his agency.

Ozturk's ideas about how the Koran was revealed to Muhammad is not a new discussion among Islamic scholars. Polymath and philosopher Avicenna, also known as Ibn Sina, was the first to establish the line of thinking still pursued and argued by Ozturk and many other scholars today. 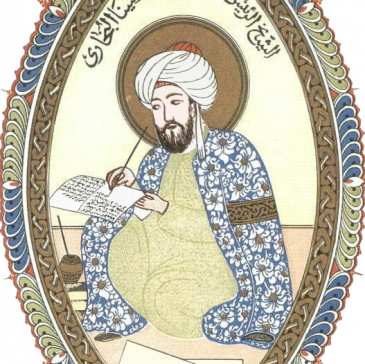 Avicenna's "blasphemous" approach to Koranic exegesis: "There is a concept of love. It is God that bestows love upon people. But sometimes, people’s love is expressed like mottos and sometimes like poems. They form sentences that show love on the outside. The source of love is God himself, but the way one reflects this depends on one's emotional state at that moment, one's life experience and motivations. Just as the source of love is God, the Prophet Muhammad also undoubtedly received inspiration or 'wahy' from God," explains Ozturk

In contrast to the traditional approach, they suggest that the essence of the Koran is divine and from God, but its discourse is from the Prophet Muhammad. The discussion is highly philosophical and practically impenetrable for non-theologians.

Asked by Qantara.de to explain this in the simplest way, Ozturk said: "There is a concept of love. It is God that bestows love upon people. But sometimes, people’s love is expressed like mottos and sometimes like poems. They form sentences that show love on the outside. The source of love is God himself, but the way one reflects this depends on one's emotional state at that moment, one's life experience and motivations. Just as the source of love is God, the Prophet Muhammad also undoubtedly received inspiration or wahy from God."

He argued that thinking this way brings solutions to some historic problems such as the concept of slavery in the Koran.

"Take slavery, for instance. It is mentioned in the Koran. If we think like the traditionalists, we can assert that because God mentions it, slavery cannot be abolished. Yet slavery is not a universal norm. Back then, it was not possible to abolish it, [but] religion merely proposed the regulation and humanisation of the system," commented Ozturk in a previous interview with Qantara.

Ozturk was already under attack in 2019. He even considered going into self-imposed exile, but he never did.

"This time, I am too tired to fight against them"

The latest campaign against him began when a video of him from a couple of years ago made the rounds on social media early in December. The video shows him speaking to his friends and trying to explain his ideas. Some critics, however, have said it was done in an outlandish way.

The hashtag #MustafaOzturkİhraçEdilsin (Mustafa Ozturk must be expelled) instantly became a trending topic on Twitter, remaining there for a considerable amount of time. Most of the tweets bearing the hashtag, which garnered more than 44,000 tweets, claimed his ideas were blasphemous and that he should not be on the state’s payroll as an academic at a public university.

The hashtag was in reference to the expulsion of more than 125,000 civil servants, mostly from the army and the police forces, as well as from academia, from their posts in the wake of the 2016 coup attempt in Turkey.

Just as the Islamic Revolution fundamentally changed Iran 43 years ago and had an impact far beyond the country's borders, the current wave of protests sweeping the country is set ... END_OF_DOCUMENT_TOKEN_TO_BE_REPLACED

Fariduddin Attar’s "The Conference of the Birds", one of the seminal works of Islamic mysticism, has recently been published in sumptuously illustrated German translation. It ... END_OF_DOCUMENT_TOKEN_TO_BE_REPLACED

Like Christianity, Europe's history is one of migration. Both have strong roots in the Orient and in cultures thousands of years old. Cultural historian Bernhard Braun invites us ... END_OF_DOCUMENT_TOKEN_TO_BE_REPLACED

When she ascended the throne, millions of Muslims still lived under British rule. Later, Elizabeth II appealed for tolerance in a multi-religious society. She was the first ... END_OF_DOCUMENT_TOKEN_TO_BE_REPLACED

Bachtyar Ali sends the hero of his latest novel – "Mein Onkel den der Wind mitnahm" – literally flying. Jamshid is so thin after his years as a political prisoner that a gust of ... END_OF_DOCUMENT_TOKEN_TO_BE_REPLACED
Author:
Ayşe Karabat
Date:
Mail:
Send via mail

END_OF_DOCUMENT_TOKEN_TO_BE_REPLACED
Social media
and networks
Subscribe to our
newsletter