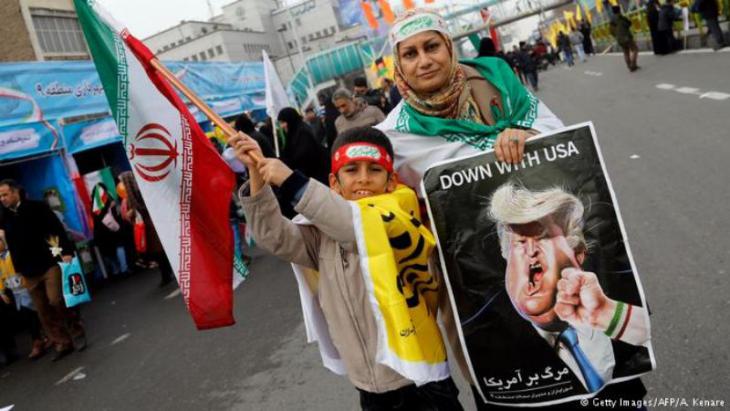 Abandoning the nuclear deal with Iran will leave the U.S. completely isolated, undermine global security and strain relations with its allies, which are already under mounting stress thanks to Trump′s unseemly and erratic behaviour. Commentary by Alon Ben-Meir

The concern that Iran will pursue the development of nuclear weapons once the current Joint Comprehensive Plan of Action (JCPOA) deal expires in ten years is legitimate. But addressing these concerns cannot be achieved by nullifying the current agreement, which would only strengthen Iran′s resolve to acquire nuclear weapons.

Instead, the U.S. and its allies (along with Russia and China) should build on the existing deal so that once it expires, Iran would not simply rush to acquire nuclear weapons, but weigh the benefits of not pursuing nuclear weapons against any strategic advantage it could potentially reap by acquiring such an arsenal.

This of course does not guarantee that Iran will give up its ambition to acquire nuclear weapons. It does, however, offer the international community the time and opportunity to provide Iran with the incentives and prospect of becoming an active, constructive and respected member of the community of nations, should it remain a nuclear-free country.

″An embarassment to the U.S.″

In his speech at the United Nations General Assembly, President Trump stated that ″The Iran deal was one of the worst and most one-sided transactions the United States has ever entered into. Frankly, that deal is an embarrassment to the U.S. and I don′t think you′ve heard the last of it.″

The problem is that Trump is determined to simply undo every piece of legislation passed or executive order issued during President Obama′s tenure, regardless of merit, utility, or effectiveness. Sadly, the JCPOA is no exception.

Nullifying it, instead of certifying that Iran has and continues to fully comply with all aspects of the deal, will precipitate dangerous regional and international repercussions, obviously beyond what Trump is capable of contemplating.

The Iranian public was demanding relief from the sanctions before the deal was struck and the government was under intense pressure to resolve the nuclear problem with the U.S. in order to lift the sanctions and alleviate the public′s economic hardship.

Now that the government is fully complying with the terms of the deal, the Iranian public will support their government′s position even if they suffer greatly from the imposition of harsh new sanctions. This suggests that the U.S. cannot count on the Iranians′ future public discontent to pressure their government to negotiate a new deal.

Once the deal is nullified, Iran will be free to resume its nuclear programme in defiance of the international community (especially because much of its nuclear facilities are still in place), which will inescapably lead to nuclear proliferation in the Middle East – exactly what the U.S. wants to avoid.

Analyst Iyad El-Baghdadi examines the ongoing tensions between the United States and the two Gulf states – Saudi Arabia and the UAE – and their geopolitical implications in ... END_OF_DOCUMENT_TOKEN_TO_BE_REPLACED

From the Euphrates to the Mekong, dams that ensure one country's water supply risk leaving others parched. But shared water resources can be a source of peace as well as conflict ... END_OF_DOCUMENT_TOKEN_TO_BE_REPLACED

For over fifty years, British photographer Peter Sanders travelled across the Middle East and further afield, seeking out the saints of Islam. His work uncovers a little-known ... END_OF_DOCUMENT_TOKEN_TO_BE_REPLACED

Europe's double standard on refugees, exposed yet again by the war in Ukraine, is morally deaf and geopolitically dumb. Europe can only defend itself by persuading developing and ... END_OF_DOCUMENT_TOKEN_TO_BE_REPLACED
Author:
Alon Ben-Meir
Date:
Mail:
Send via mail

END_OF_DOCUMENT_TOKEN_TO_BE_REPLACED
Social media
and networks
Subscribe to our
newsletter