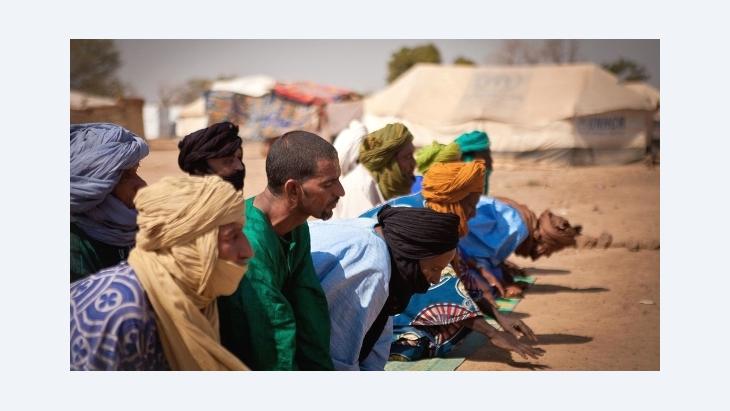 Ansar Dine's religious leader Chérif Ousmane Haidara
''This is not Sharia, but banditry''

Ansar Dine is the name of a popular Sufi movement in Mali that has two million members. Charlotte Wiedemann spoke with its religious leader, Chérif Ousmane Haidara, about a stolen name, his anger with the Islamists and on a new alliance against Wahhabism

﻿The political conflict here in Mali is complicated, and it has not been adequately reported upon in the Western press. For instance, the media frequently refers to a small armed group calling itself Ansar Dine, i.e. 'Defenders of the Faith'. Yet, for years, this name has belonged to your Sufi movement, Ançar Dine Internationale. Now, in some European newspapers, you have been referred to as an offshoot of the Islamists in northern Mali.

Chérif Ousmane Haidara: That is terrible! These armed individuals in the north are not Muslims at all. They are bandits with weapons! And they have stolen our name. Our organization has existed for 22 years. Of course, they have known this. How can they call themselves using our name? The Wahhabis are behind it. They want to harm us.

Do you consent to being called a Sufi? 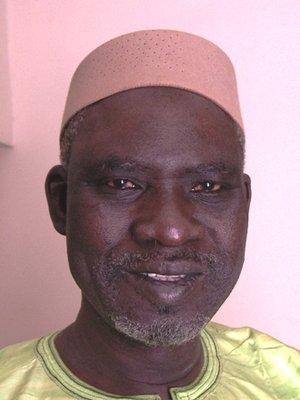 "We live here together as Muslims, Christians, and unbelievers. And this earth, this ground, is for everyone, as it is from God." -Chérif Ousmane Haidara, religious leader of Mali's Ansar Dine Ssufi movement

​​Haidara: Why not? In fact, all Muslims are Sufis. This is how Islam began. Today, all those who are not Wahhabis are Sufis.

Your organization is based upon formal membership. Members swear an oath and pay a monthly fee. How many members does Ançar Dine have?

Haidara: Two million members in Mali. In addition, we are represented in 24 countries, from France to China. Our members include Malians, Senegalese, Ivoirians, and people from Burkina Faso. We are autonomous – we do not receive funding from Arabs or Westerners. Our membership fees finance madrassas and health centres.

There are many women among your followers. Both men and women swear an oath (baya), in which they commit themselves to upholding six moral rules, including refraining from engaging in adultery. Why is such an oath necessary? All your members were already Muslims before joining.

Haidara: Islam has the task of educating its followers. Many Muslims here pray – and then they go off and steal, commit adultery, or evade paying taxes. Many people think that whoever prays and goes to the mosque is thereby a Muslim. This is not true! I can have prayed a thousand times, but if I sleep with someone else's wife or lead a corrupt lifestyle, this is not Islam. There are even those who kill, like terrorists. This is forbidden in Islam!

Early on, you distanced yourself from the violent implementation of the Sharia – Hudud punishment – as practiced in northern Mali. Unfortunately, hardly anyone outside of Mali is aware of this.

Certain criteria must be observed in practising Hudud. If someone has stolen something, he is first asked why. An attempt is made to understand what has really taken place. Perhaps the thief did not have enough to eat. That is not a reason for cutting off someone's hand. 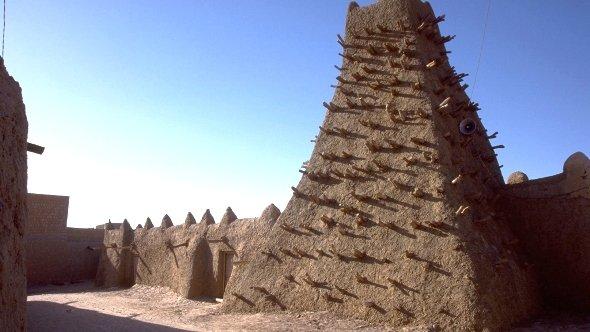 "Anyone who takes up a weapon in the name of Islam is a bandit." Al Qaeda-linked Mali Islamists armed with Kalashnikovs and pick-axes began destroying prized mausoleums of saints in the city of Timbuktu on June 30, 2012. The radical Ansar Dine group backs strict Sharia and considers the shrines of the local Sufi version of Islam idolatrous

​​How do you respond to the destruction of mausoleums in Timbuktu?

Haidara: Islam forbids such action. The Prophet was first buried in the room of his wife and then later in a mosque. We will rebuild the mausoleums.

Some observers claim that there is a link between the armed Islamists in the north and an increasing influence by Wahhabi imams in the capital Bamako. What is the most important difference between your organisation and the Wahhabis in Mali?

Haidara: I would say: What is the difference between Muslims and the Wahhabis? (laughs) The Wahhabis say: All people are the same. Yet, the Prophet was extolled by God, although he was a man. People are therefore not all the same. God extols some, and through them, others can come closer to God.

Yet, the Wahhabis claim that one cannot receive blessings from someone extolled by God. They also do not like it when a Marabut dispenses fluids or writes down a verse from the Koran in order to heal an illness or resolve a problem. The Wahhabis would rather send people to the hospital where medicine is used – and you have no idea what it contains, drugs or alcohol.

According to your views, Islam can include traditional African customs? 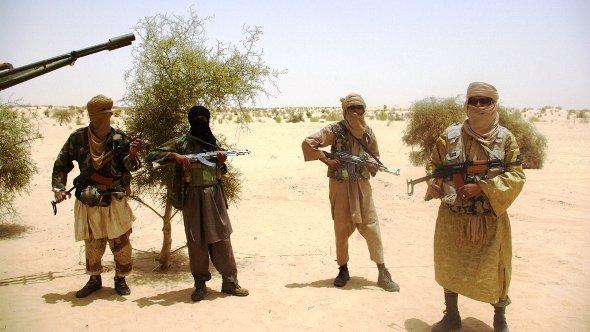 Ansar Dine controls wide parts in the county's North after the March 2012 coup that toppled Mali's government. "These armed individuals in the north are not Muslims at all," says Ousmane Haidara. "They are bandits with weapons!"

​​To say that "either you are a Muslim or I will kill you" is mad! God never said such a thing!

How can Mali escape from this crisis? Do you support negotiations with armed Islamists?

Haidara: No, I am against negotiations. As long as the bandits do not lay down their weapons, it is impossible to negotiate with them.

You hold the post of Vice President in the High Islamic Council of Mali. The President is close to Wahhabism. The relationship between the two of you is regarded as strained. Does the rise of Wahhabism worry you?

Haidara: Of course, because they have money! The Arabs give them money to build mosques and schools. And some Malians, because of their dire poverty, join forces with the Wahhabis to get money. Yet, until now, they make up only 15 percent of the population in Mali. It has taken a while until our president, a Wahhabi, finally condemned the crimes being committed in northern Mali. But he is doing it now. We have to differentiate between those who criticize the mausoleums and those who destroy them.

You are now rallying non-Wahhabi preachers in a new organization. All of the brotherhoods and traditional religious families of Mali met at a recent conference in Bamako. Will this be an alliance against Wahhabism?

Haidara: (laughs) We called together all the Sufis to reach out to one another. We want to join forces and defend authentic Islam in Mali.

Ben Aylon’s debut international album sees him elevate the traditional music and instruments of Senegal and Mali into a fresh contemporary setting. Seven years in the making, " ... END_OF_DOCUMENT_TOKEN_TO_BE_REPLACED

Anansy Cisse's new release "Anoura" – literally 'the light' – is not only a fine example of Malian music, but the story behind the album is also a microcosm of the struggles ... END_OF_DOCUMENT_TOKEN_TO_BE_REPLACED

The end of July saw the launch of the African Union’s "Sauti" digital publication, the first young feminist platform in Africa, which this year showcases stories by female youth ... END_OF_DOCUMENT_TOKEN_TO_BE_REPLACED

Timbuktu, the ancient desert city in Mali, has always been shrouded in myths. Charlie English’s "The book smugglers of Timbuktu" proves that the city has not lost its magic. By ... END_OF_DOCUMENT_TOKEN_TO_BE_REPLACED
Author:
Charlotte Wiedemann
Date:
Mail:
Send via mail

END_OF_DOCUMENT_TOKEN_TO_BE_REPLACED
Social media
and networks
Subscribe to our
newsletter