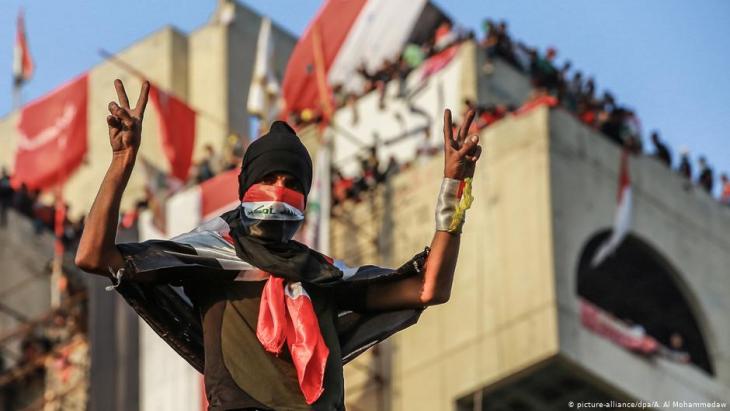 Iraq is currently facing such an alarming array of economic, political and social problems that many observers fear no-one will be up to the task of delivering the much-needed reforms. By Stasa Salacanin

Since the beginning of October thousands of protesters, mostly young Iraqis, from central and southern Iraqi major cities have been voicing their opposition to the deteriorating economic conditions, sectarian politics and rampant corruption that plague the country. Indeed, the country has been one of the most corrupt in the world for decades – according to Transparency International’s 2018 Corruption Index, Iraq ranks 168 out of 175 countries.

Protestors are also expressing their anger over high unemployment and the common governmental practice of political staffing, where sectarian or ethnic quotas rather than qualifications apply. The majority accuse the ruling elite of abusing public funds and mismanaging the country’s national resources while completely failing to meet the needs of the Iraqi population.

But perhaps one of the main – and most surprising – characteristics of the October protests is the fact that the protestors are mostly younger Shia citizens who have turned against a Shia-led political establishment. While there are very few Sunni Arabs or Iraqi Kurds among the protestors, with demonstrations taking place in central and southern Iraq, where the population is predominantly Shia, there has been an increase in the use of national symbols.

The sentiment is Iraqi; these young people are not demonstrating as Shia Arabs, but as citizens who are furious with the system which was imposed upon them following the toppling of Saddam Hussein and the U.S.-led invasion in 2003.

How the unrest in Iraq will impact on the region remains to be seen, but it is clearly posing a major threat to Tehran. Iran's state news agency IRNA has accused the U.S., Saudi Arabia and Israel of fomenting unrest in Iraq in order to sabotage Iran’s ties with Iraq and Syria. 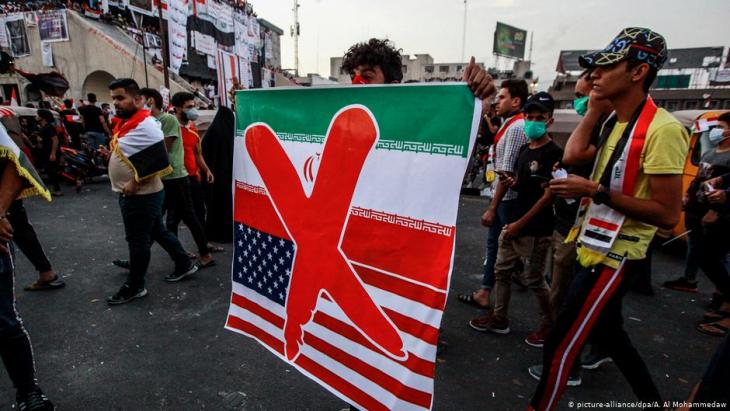 Protesting Iranian and U.S. influence in Iraq: the anger of the demonstrators is increasingly directed against neighbouring Iran, which has great influence in Iraq. They are also calling for a replacement of the top politicians who have dominated the political scene since 2003 but who, from the point of view of many Iraqis, are merely puppets of either the USA or Iran. Since the start of the protests against the Iraqi government on 1 October, some 270 people have been killed nationwide

However, many Iraqis including the Shia are less than enamoured of the Popular Mobilisation Units (PMU), powerful non-state actors over which Bagdad has limited control, as many of them are heavily under the influence of Tehran. Among Iraqis, there is the overriding perception that their country is becoming a fiefdom for foreign political and paramilitary factions that many view as a blatant violation of Iraqi national sovereignty.

While the protests in southern Iraq in summer 2018 addressed similar issues, this time they are becoming increasingly militant and are not only calling for the resignation of the current government but aim to overthrow and change the entire political system.

Young women are driving forward the protests against the Iranian regime, which have been going on for months. Literature provides clues as to why that should be, and why the ... END_OF_DOCUMENT_TOKEN_TO_BE_REPLACED

Visiting the country of her parents, murdered by the Iranian regime in 1998, German-Iranian artist Parastou Forouhar finds a changed society: hopeful, strong and courageous, ... END_OF_DOCUMENT_TOKEN_TO_BE_REPLACED

Iran's president Ebrahim Raisi is overseeing an unyielding crackdown. The current situation grimly echoes his role in a purge of political prisoners in 1988 END_OF_DOCUMENT_TOKEN_TO_BE_REPLACED

Ballet performances are prohibited in Iran. In her film "1001 Nights Apart", director Sarvnaz Alambeigi documents the history of dance in the Islamic Republic. By Fahimeh Farsaie END_OF_DOCUMENT_TOKEN_TO_BE_REPLACED

Chinese President Xi Jinping's visit to Saudi Arabia in December 2022 may have rattled Washington, but it simply highlighted the Arabs’ desire to diversify their foreign relations ... END_OF_DOCUMENT_TOKEN_TO_BE_REPLACED

There are signs of an imminent normalisation of relations between Turkey and Syria. This would allow Erdogan to score political points domestically before the upcoming elections ... END_OF_DOCUMENT_TOKEN_TO_BE_REPLACED
Author:
Stasa Salacanin
Date:
Mail:
Send via mail

END_OF_DOCUMENT_TOKEN_TO_BE_REPLACED
Social media
and networks
Subscribe to our
newsletter