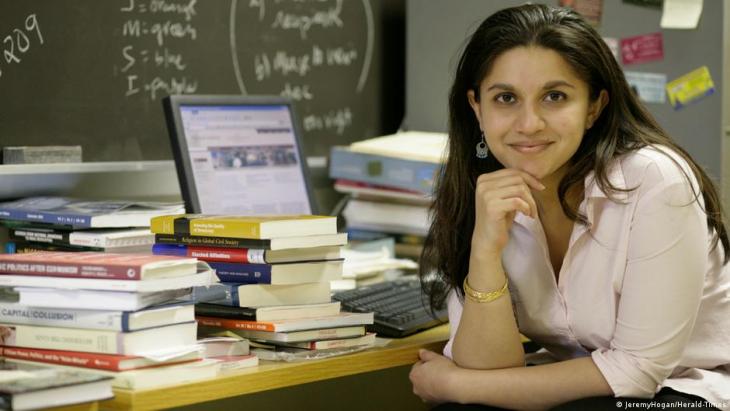 Anti-racism, anti-discrimination
Rafia Zakaria – feminism is not only white

Pakistani-American author and lawyer Rafia Zakaria advocates for a broad-based feminism that doesn't just address the concerns of white women. By Christine Lehnen

Rafia Zakaria has followed a life path that may seem unusual for a U.S. feminist: born and raised in Pakistan, she seized an opportunity to emigrate to the States aged 17 through an arranged marriage.

"One night after dinner, sitting on the edge of my bed in mid-1990s Karachi, I agreed to an arranged marriage," she writes in the opening pages of her book, Against White Feminism. Her motivation? She wanted to go to college. "My life until then had been restricted in all sorts of ways, hardly extending beyond the walls that surrounded our home. I had never experienced freedom, and so I gladly signed it away," she continued.

Zakaria begins her celebrated book with this confession, before recounting how she went on to study law against her husband's wishes. She eventually left him and became an expert in immigration law. But this is background to the main story: how Western feminism is shaped by the dominant priorities of white women. 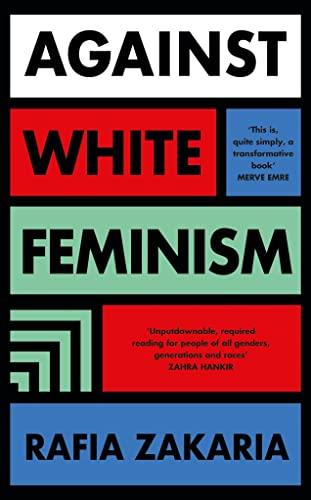 Western feminism is shaped by the dominant priorities of white women: white, affluent, often university-educated women determine what feminism should be – and its political goals. Black women, on the other hand, should only appear as victims, cowering in women's shelters or toiling in factories. Zakaria says that some white feminists cannot conceive that Women of Colour might have different political goals than white women

What is 'white' feminism?

Contrary to the provocative title, it is a sensitive, delicate, precise observation of the weaknesses of U.S. feminism. But while the book lauds feminism's achievements, Zakaria's personal experiences also reveal its failings in her adopted home.

Zakaria recounts being invited to give a talk on the status of women in Pakistan. On arrival, she learns that she is not to stand on a stage in front of a microphone, but behind a table with printed pictures of rural Pakistani women in traditional dress and a table of small handicrafts – which could be bought from her to raise money for projects abroad.

The organiser was appalled when Zakaria didn't show up in her "traditional" garb like some other Nepal women in attendance. Zakaria says she felt like an animal in a zoo.

Her point is that white, affluent, often university-educated women determine what feminism should be – and its political goals. Black women, on the other hand, should only appear as victims, cowering in women's shelters or toiling in factories. She says that some white feminists cannot conceive that Women of Colour might have different political goals than white women.

Zakaria cites the example of a western NGO encouraging Indian rural women – so they would have more time to seek waged labour outside the home – to use more efficient "clean-cook stoves", which they neither needed nor wanted, in part because they could not repair the stoves locally. Many of the women simply "rejected the notion that the path to empowerment was to make themselves available for wage labour".

What's more, she draws attention to the way white feminists co-opted the war in Afghanistan in the name of feminism in the wake of the 9/11 attacks in 2001. Feminists from the U.S. such as Gloria Steinem and Hollywood actors Susan Sarandon and Meryl Streep signed letters that promised to liberate Afghani women from the Taliban.

"White" feminism – past and present

Zakaria also sheds light on historical cases in her compelling book: as early as the 19th century, British suffragettes demanded that women in colonial India campaign for women's suffrage. When Indian feminists did not comply, white suffragettes wanted to fight for Indian women's suffrage but did not attempt to liberate them from colonial subjugation. "Indian women wanted the vote, but in a country that was no longer under the colonial rule of the British," Zakaria writes. "What power did a vote have in an enslaved country?"

Zakaria's 250-page analysis of white feminism is as precise as it is empathetic. Its consequences, says Rafia Zakaria in interview, can be observed in many places today, including Afghanistan. "The U.S. used feminism as a cover when it invaded Afghanistan, so women's rights in Afghanistan are no longer considered legitimate, but a sign of pro-Western collaborators," she said. "This deeply saddens me." The U.S. knew from the beginning that it would leave the country again, she added, but did nothing to protect women afterwards.

Young feminism in Bangladesh: What does feminism mean to you?

Which topics really matter to Generation X and young millennials? Seven women and a man, participants in a DW Academy/Goethe-Institut Bangladesh project, explain what feminism means to them. By Author: Priya Esselborn and Nina Molter 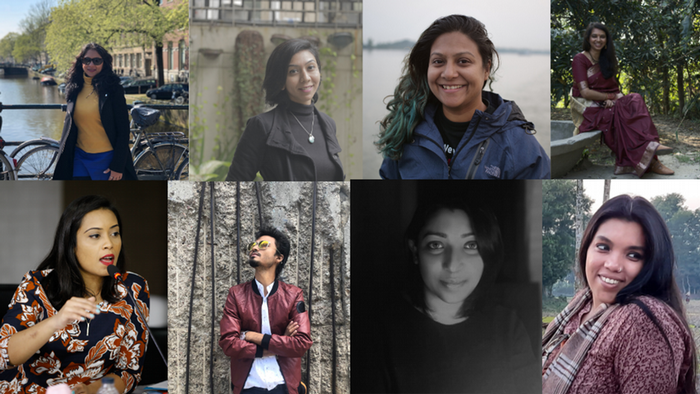 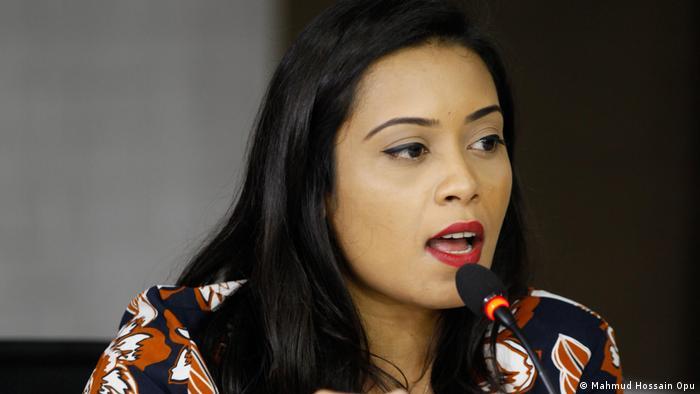 Esha Aurora, journalist, assistant news editor at the Dhaka Tribune: "For me feminism is centred around the fundamental principles of equal rights. Everyone should have equal access to all opportunities, including educational, economic, political, and personal ones. Feminism is intersectional. We have to recognise the nuances of discrimination and fight the root causes of deeply embedded patriarchal value systems" 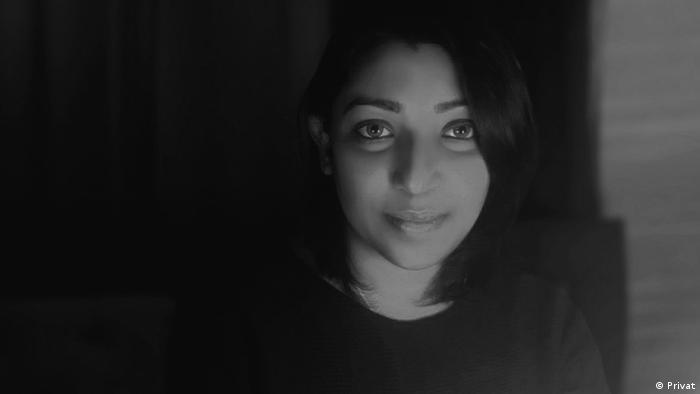 Ashfika Rahman, visual artist: Ashfika is a faculty member at the Pathshala South Asian Media Institute in Dhaka. “For me feminism is not just about the equality of women and men. It’s a movement that fights to end sexist oppression and exploitation without neglecting other forms of oppression such as racism and imperialism. They are all inter-related through webs of oppression" 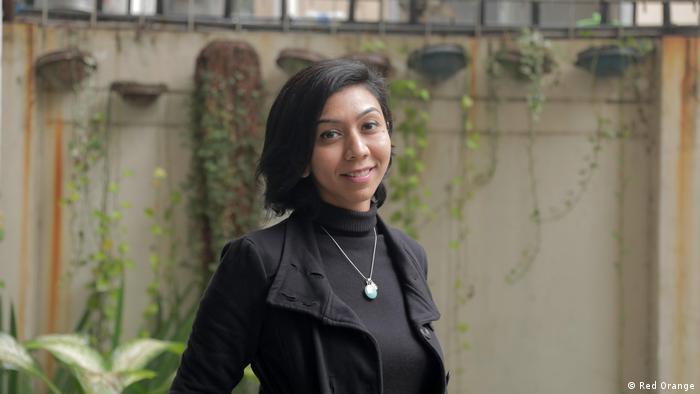 Syeda Samara Mortada, feminist activist: Samara is the regional movement builder at SheDecides Asia and has been a core organiser of the RageAgainstRape movement in Bangladesh. “To be a feminist is to stand up and speak out about all kind of prejudices and marginalisation that exist in society, and to accept all kinds of diversities. I’m a feminist because I know no other way to be" 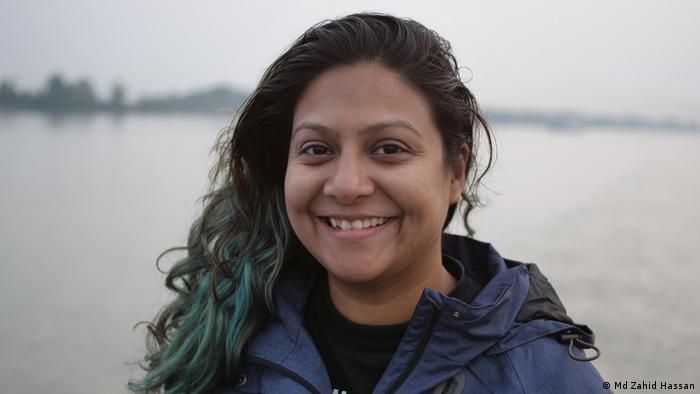 Tasaffy Hossain, development professional: Tasaffy has worked on issues such as agriculture, education, gender empowerment and equality. “I’ve been a feminist all my life. I grew up in an untypical urban Bengali family and felt the gendering in society from an early age, even if there weren't words to explain it. I want to encourage others to start noticing these issues and to challenge them for a better, more equal future for all" 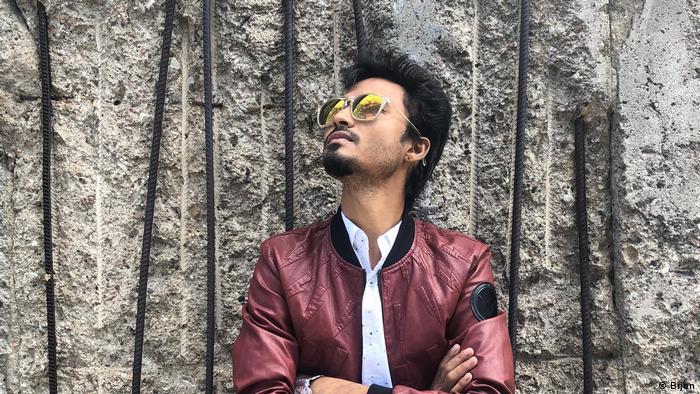 Arifur Rahman, independent filmmaker: Arifur became interested in filmmaking while studying anthropology at Jahangirnagar University. His projects have been featured at various film festivals, including the ones in Berlin, Venice, Busan, Seattle, Locarno, Singapore and Shanghai. “I want to discuss the idea of feminism in my films because I believe that film is a strong medium that can impact people’s lives and leave a positive mark" 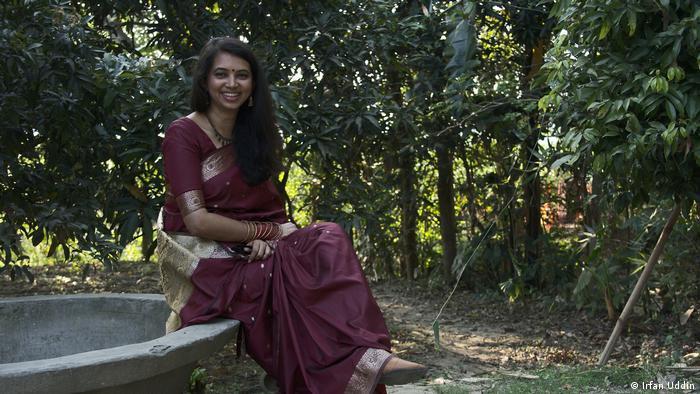 Mohsina Akhter, independent theatre practitioner: Mohsina designs, directs, acts and teaches at Dhaka University. “Feminism for me is a social movement that unmasks how physical/sexual bias incapacitates women in everyday life. As a woman in a patriarchal society, I am always at risk of violence. Feminism is the inspiration that lifts my spirit on days when all seems lost and makes me believe that we shall overcome!” 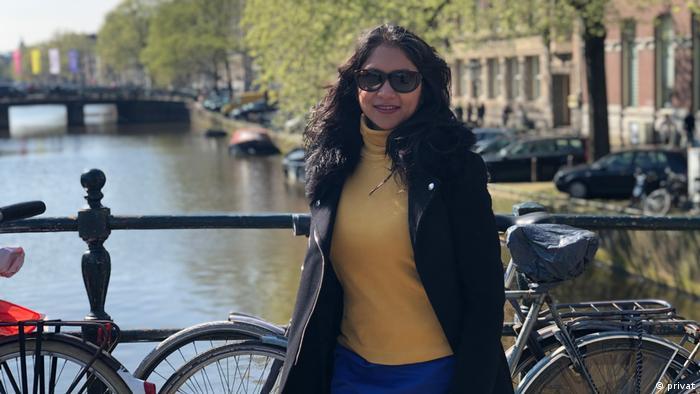 Tasnuva Ahmed, marketing professional: Tasnuva managed ColoursFM, the only feminist radio in Bangladesh as its head of operations until 2020. She now has her own ventures in the IT and media sectors and promotes gender equality and rights. “Feminism to me means getting equal opportunities. There shouldn’t be discrimination or gender stereotyping when trying to pursue one’s dreams or achieve goals" 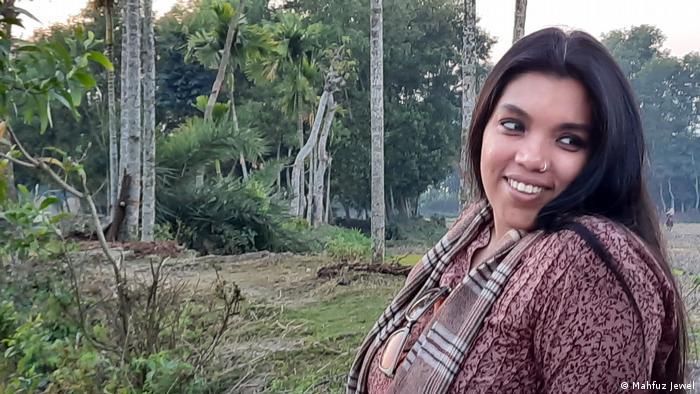 Musharrat Sharmee Hossain, musician, lecturer, social justice activist: Sharmee co-created Mango Meter, the world's first feminist rating app that judges the representation of women in films. She teaches at North South University. “Feminism gives me the audacity to question the wrongs and initiate dialogues for social change. I owe it to my foremothers who put me where I am today. I want to tell their unheard stories with the sincerity they deserve"

From rights to political mobilisation

Ciani-Sophia Hoeder, journalist and author of the book "Wut und Böse" (Rage and Evil), published in 2021, says that the feminist movement in Germany is also shaped by the views of white women. She refers to white feminism's "exclusionary criteria" and says she is not drawn to participate in "feminist issues that do not correspond with my everyday life," Hoeder admitted in interview. Questions about women's work almost never refer to the precarious work of migrant women. "German feminism is about bringing white, affluent women forward," she said.

But Rafia Zakaria professes to be hopeful about the future: she believes in the power of feminism. What matters now, she says, is listening to each other and getting involved politically. "It's nice to have rights," said Zakaria. "But we can't keep our rights if we don't organise politically – otherwise our rights will just be taken away again by new governments."

Very different Western reactions to the suffering in Ukraine and the Arab world show that there is a profound rift among cultures. Essay by Michael Young END_OF_DOCUMENT_TOKEN_TO_BE_REPLACED

The documentary "Nadia" tells the incredible story of Nadia Nadim, who was forced to flee from the Taliban as a child and became a football star. By Annabelle Steffes-Halmer END_OF_DOCUMENT_TOKEN_TO_BE_REPLACED

Three award-winning female directors appeal to the international film industry to save Afghan cinema. Supporting women filmmakers is more important than ever. By Christine Lehnen END_OF_DOCUMENT_TOKEN_TO_BE_REPLACED

Russia's ranking on the World Press Freedom Index has fallen again over the Kremlin's wartime censorship of the Ukraine conflict. From Myanmar to Mexico, journalists continue to ... END_OF_DOCUMENT_TOKEN_TO_BE_REPLACED

Ideally, those Europeans currently welcoming Ukrainian refugees would show the same sympathy to Syrians, Afghans and others fleeing war beyond the continent. But, argues Ian ... END_OF_DOCUMENT_TOKEN_TO_BE_REPLACED

With spring, migration on the Balkan route is on the rise again – and with it the misery, violence and illegal pushbacks at Croatia's external EU border. ... END_OF_DOCUMENT_TOKEN_TO_BE_REPLACED
Author:
Christine Lehnen
Date:
Mail:
Send via mail

END_OF_DOCUMENT_TOKEN_TO_BE_REPLACED
Social media
and networks
Subscribe to our
newsletter