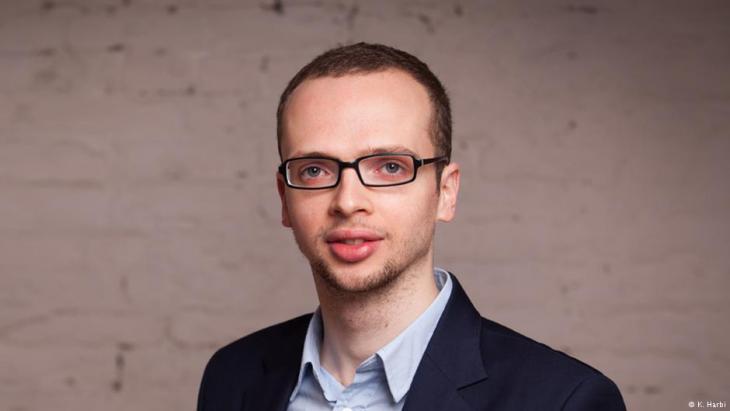 In the wake of Trump's Jerusalem decision, German newspapers reported on demonstrations in Berlin where protesters allegedly chanted the slogan "Death to the Jews". A piece of fake news, as it turned out. Time to apologise for the panic-mongering, says Armin Langer

"Anyone calling for 'Death to the Jews' should be brought to trial," said Federal Justice Minister Heiko Maas, shortly after the news of anti-Semitic slogans at demonstrations in Berlin had done the rounds. But as research by "Übermedien" proves, the crowd never chanted these words. Neither the police, nor other observers of the rally at the Brandenburg Gate – such as the Jewish Forum for Democracy and Against Anti-Semitism – were able to confirm reports of the "Death to the Jews" chants.

Without verifying the claim, which first appeared in the Berliner Kurier and the Berliner Zeitung, almost all German media ran with this fake report – including Deutsche Welle. As a result, the demonstration in question and all ensuing ones were branded anti-Semitic. For days, all outlets focused intensively on the subject of anti-Semitism among Muslims. Trump's decision in the context of foreign policy was pushed into the background.

Stirring up emotions with clichés

The media focus was unequivocally on the demonstrations where the anti-Semitic slogans were allegedly shouted.  One such a slogan was "Child-killer Israel": This expression plays with the medieval cliché that Jews drank the blood of innocent children. Few describe Saudi Arabia or Russia as "child-killers", although their air forces kill just as many children in Yemen and Syria as Israeli jets do in the Gaza Strip. 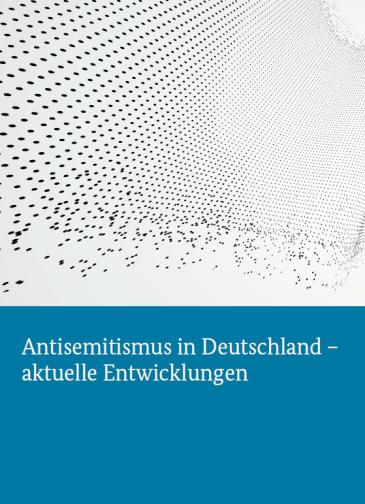 Moreover, at the rally in question, the slogan "Khaybar, Khaybar, you Jew!" could be heard from a number of demonstrators, recalling Mohammed's 628 battle against Khaybar, an oasis on the Arabian Peninsula that was, at the time, inhabited by Jews. But the fate of the Jews vanquished there was not death, but rather subjugation. To translate this as "Death to the Jews" would be incorrect. In any case, recordings show that the Khaybar slogan was not chanted by thousands.

The Palestinian organisers of the rally and many Muslim associations condemned these anti-Semitic slogans, as well as the burning of the homemade Israeli flag by a number of identifiable demonstrators.

However, it must be said that this act is not in itself anti-Semitic. The Israeli flag does not represent the Jews, but the Israelis. Two-thirds of the world's Jews are not Israelis, and the Israeli population does not consist solely of Jews; 20 per cent of them are Arabs. Just because it has the symbol of the Star of David on it, doesn't make the Israeli flag the "flag of the Jews", just as the crescent moon on the Turkish flag doesn't make it the "flag of the Muslims". The flag-burning should nevertheless be condemned because it treats the Israelis as a homogenous mass held responsible for Trump's decision.

But it's too late now. The spectre of the anti-Semitic mob had been evoked. This image struck fear into the hearts of Jews in Germany.

In the wake of these rallies, many said they were too afraid to place their Hanukkah lights in the window, because outside, people were calling for their deaths. According to Meron Mendel, Director of the Anne Frank Education Centre in Frankfurt, Jews were experiencing "a déjà-vu", a "pogrom atmosphere".

Anti-Semitism is, however, nothing new in Germany; it has in fact been a perpetually lingering social issue. The Federal Government's anti-Semitism report says 20 per cent of Germans hold anti-Semitic prejudices.

There has also been no absolute rise in the number of anti-Semitic criminal offences: Between the years 2001 and 2015,  between 1268 and 1809 were committed annually, on average 1522 anti-Semitic crimes, including an average 44 acts of violence.

In each of the years when the Israeli–Palestinian conflict flared up (2002, 2006, 2009 and 2014) an increase in the number of crimes was registered on the previous year. The figure went back down again the following year. This is likely to be the case in 2018 too, as interest in the Middle East conflict wanes here again. 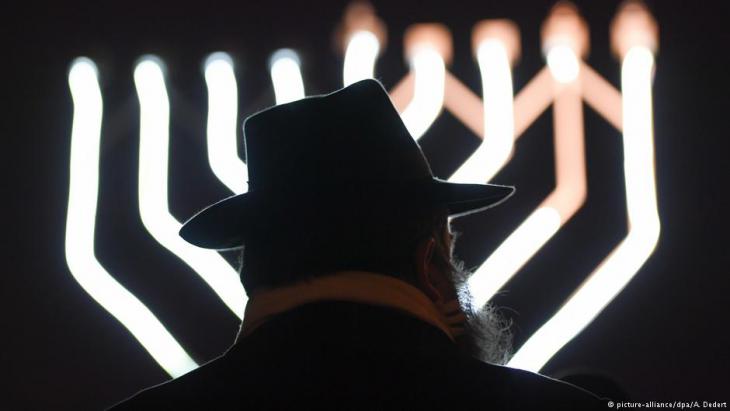 According to Armin Langer, anti-Semitism is certainly not an import from abroad. Instead of panic-mongering and finger-pointing, he advocates "financing projects to educate people and bring about useful encounters, not with emotional debates and fake news" to combat descrimination against Jews in Germany


Nevertheless, Georg Pazderski (AfD) and Jens Spahn (CDU) warned against an "imported anti-Semitism". But hatred of Jews is not an import article. It is "part of European cultural history, in particular of German cultural history," says Benjamin Steinitz from the Berlin-based Department for Research and Information on anti-Semitism. This is also reflected in the figures from the Bundestag's anti-Semitism report, which points out that more than 90 per cent of all anti-Semitic criminal offences are committed by right-wing extremists.

Jews continue to suffer discrimination in Germany. But this challenge must be tackled with objectivity, for example by financing projects to educate people and bring about useful encounters, not with emotional debates and fake news.

It would therefore be appropriate for the journalists, politicians and dignitaries involved to at the very least apologise with equal vociferousness to Muslims in Germany, who were again subjected to sweeping demonisation, and to Jews, who were caused unnecessary alarm.

Armin Langer studied philosophy and Jewish theology in Budapest, Jerusalem and Potsdam. A freelance writer based in Berlin, he recently published "Ein Jude in Neukölln" (A Jew in Neukölln).

A French artist has used photos of torture from Abu Ghraib for an oversized artwork at the Berlin Biennale. Reactions from fellow artists have been mixed, with some criticising ... END_OF_DOCUMENT_TOKEN_TO_BE_REPLACED

Since Ali Khamenei, Iran's most powerful man, has openly and unconditionally come out in support of Putin's war in Ukraine, logistical help is on its way, with an allegedly ... END_OF_DOCUMENT_TOKEN_TO_BE_REPLACED

It is possible to write about the Holocaust and the crimes of colonial powers without downplaying anything. In her latest book, Charlotte Wiedemann focuses on the numerous blind ... END_OF_DOCUMENT_TOKEN_TO_BE_REPLACED

This year Annemarie Schimmel, the great German scholar of Islamic studies, would have turned 100. Unique within the German and international academic community of her time, ... END_OF_DOCUMENT_TOKEN_TO_BE_REPLACED

The highly controversial Indian blockbuster "The Kashmir Files“, on the exodus of Kashmiri Hindus in the 1990s, is characterised by unilateral representations, negative ... END_OF_DOCUMENT_TOKEN_TO_BE_REPLACED

END_OF_DOCUMENT_TOKEN_TO_BE_REPLACED
Social media
and networks
Subscribe to our
newsletter