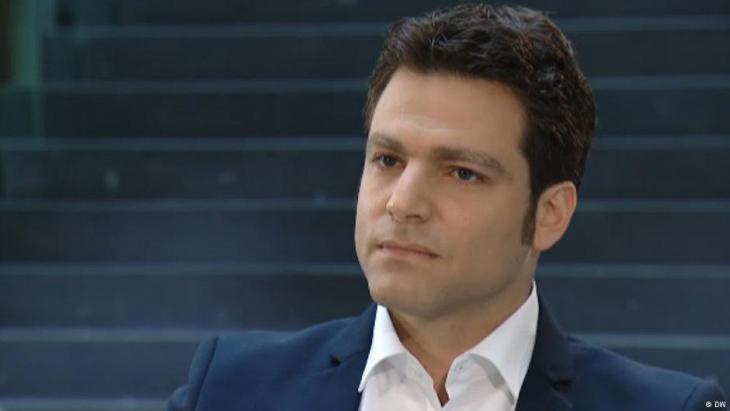 Anti-Semitism continues to be a serious problem. But it is also being used as a blanket rebuke of anyone who criticises Israel's occupation of the Palestinian territories, says Ofer Waldman

"There is neither a standard answer, nor a clear definition," said Israeli Ambassador to Germany, Jeremy Issacharoff, when asked by the Berlin Hebrew magazine Spitz this month at what point legitimate criticism of the state of Israel crosses the line and becomes anti-Semitism.

The debate over anti-Semitism is gathering steam in Germany: a few weeks ago, the German government appointed a special anti-Semitism commissioner. And, of course, recent attacks on Jewish citizens wearing yarmulkes in public as well as the mobbing of a Jewish student in Berlin have raised questions about the safety of Jews in Germany. Moreover, an old/new form of anti-Semitic expression seems to be reappearing: criticism of Israeli policy as a thin veil for the hatred of Jews.

But how can one differentiate between justified criticism of Israeli policies and anti-Semitism?

There is no question that a refusal to acknowledge the state of Israel's right to exist cannot be justified – that is agitation. But what about harsh criticism of Israel's policy of occupation in the Palestinian territories, or accusations of human rights violations? Are these automatically anti-Semitic attacks?

Seemingly objective methods designed to assess the anti-Semitic content of Israel-related statements may use scientific sounding names (such as the 3D Method, which looks for demonisation, double standards and delegitimisation), but they reflect the one-sided desires of those conducting the searches with conspicuous regularity. Ambassador Issacharoff, on the other hand, says: "I do not contend that every criticism of Israel is anti-Semitic. And I think, in the end, legitimate criticism seeks to use legitimate methods in order to express itself constructively." 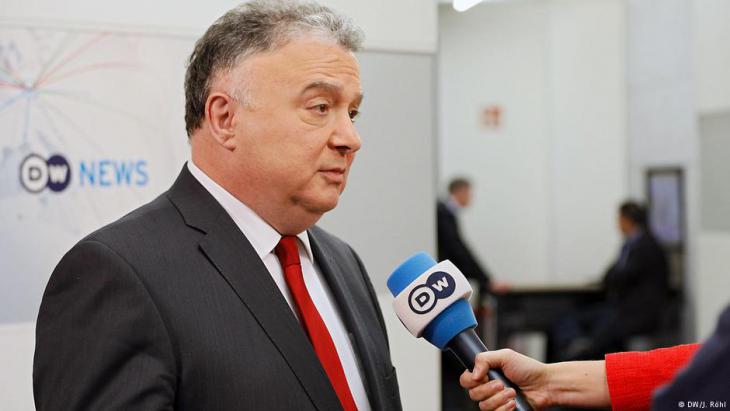 "Ambassador Issacharoff is right: It is hard to define the difference between justified criticism and anti-Semitic agitation. Nevertheless, one must not avoid the task of doing so – nor lose the courage to make such differentiations," writes Ofer Waldman. Pictured here: Israeli Ambassador to Germany Jeremy Issacharoff

Thus, the defining issue remains the political aim and the overall context in which such criticisms are made. Nevertheless, the same question must be posed when accusations of anti-Semitism are immediately levelled against those who criticise Israel. This has become a ritual too often repeated: a person criticises Israeli policies or an institution hosts a critical discussion on the situation in the occupied territories and accusations of anti-Semitic motives are instantly made.

No doubt, unbearable and extremely one-sided criticism of Israel and its policies is heard all too regularly. But when criticism is well-founded, its confrontation with the 3D or similar methods suggests that those looking to rebut criticism lack sound arguments for doing so.

Yet, stifling discussion can only be the ultimo ratio in a democracy. And that is exactly what makes the inflationary use of anti-Semitism accusations so dangerous. More than that, the frequency of the accusation devalues it when it is actually justified. Above all, it sends the message that people should simply avoid topics specific to Israel, or better still, just stay away from Israel in general. Is that really a desirable aim?

All the while, politicians like Hungarian Prime Minister Viktor Orban and the ruling national-conservative government in Poland are embraced by the Israeli government and absolved of justified accusations of anti-Semitism simply because they present themselves as friends of Israel. It seems that not even the mockery of Europe's Jewish history is too high a price to pay for the political support of Europe's worst populists.

On the other hand, the most carefully formulated criticisms of Israel are immediately branded as anti-Semitic when voiced by Muslim citizens – especially in Germany. The accusation serves as a means to call into question the ability of Muslims to integrate into European society – currently the worst of all accusations in the German context. Consequently, the far-right populist Alternative for Germany party uses accusations of anti-Semitism as a justification for its own racist, anti-Muslim policies – things, it seems, could not be more macabre.

Ambassador Issacharoff is right: It is hard to define the difference between justified criticism and anti-Semitic agitation. Nevertheless, one must not avoid the task of doing so – nor lose the courage to make such differentiations.

Journalist Ofer Waldman was born in Jerusalem and currently lives in Berlin. He is the chairman of the New Israel Fund Deutschland, an organisation devoted to advancing the cause of democracy in Israel – with equality, social justice and peace for all citizens regardless of sex, religion or ethnicity.

Giessen, Eichsfeld, Kusel, Berlin – cars bearing old German number plates are the latest trend on the streets of Cairo. Many Egyptians regard the discarded plates as chic. What ... END_OF_DOCUMENT_TOKEN_TO_BE_REPLACED

Tunisia has been going through a severe economic and political crisis in recent years. More than one in three young people there are unemployed. For many skilled, qualified and ... END_OF_DOCUMENT_TOKEN_TO_BE_REPLACED

German imams have publicly expressed their solidarity with the women of Afghanistan. In a letter of protest, the clerics say that the Taliban regime's decree barring women from ... END_OF_DOCUMENT_TOKEN_TO_BE_REPLACED

At the end of every year, the team at Qantara.de gives you a run-down of the ten most-read articles on the site over the past 12 months. Here is a quick overview of the stories ... END_OF_DOCUMENT_TOKEN_TO_BE_REPLACED

Social engagement is often motivated by religious factors. A new book explores the background to these community efforts and appraises how effective they are in helping to ... END_OF_DOCUMENT_TOKEN_TO_BE_REPLACED

The government in the Netherlands, one of the last European nations to abolish slavery, has made an historic apology. But some feel that there is still a long way to go. By Ella ... END_OF_DOCUMENT_TOKEN_TO_BE_REPLACED
Author:
Ofer Waldman
Date:
Mail:
Send via mail

END_OF_DOCUMENT_TOKEN_TO_BE_REPLACED
Social media
and networks
Subscribe to our
newsletter