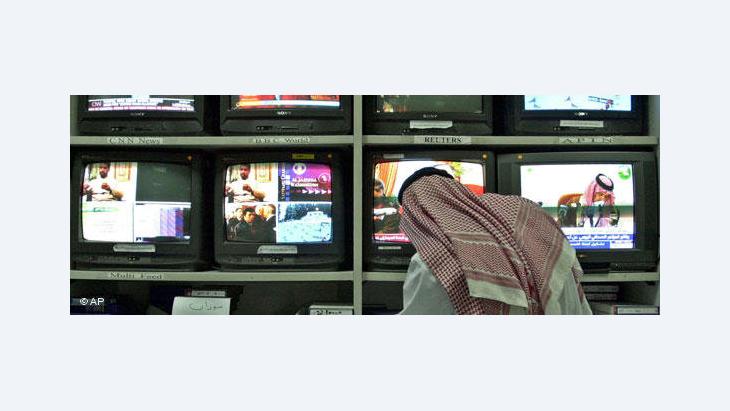 When Is a Martyr a Martyr?

Ten years after the attacks of 11 September 2001, international media need an East–West consensus – and not just with regard to the usage of key terms. Common standards and ethical norms are indispensable for reporting in crisis situations. A commentary by Loay Mudhoon

How can international media such as BBC World, Al-Jazeera, Deutsche Welle or France 24 successfully provide objective and balanced reports at times of crisis and during conflicts? How can they serve to defuse conflicts beyond national and cultural boundaries? Ten years after the epochal shock to the consciousness caused by 9/11, can western and Muslim media makers agree on common professional standards and clear ethical standards for reporting? Moreover, can they aim to reach consensus over the usage of controversial terms such as "martyrs", "Islamist terrorism" and "targeted killing"? After all, while on the one hand we are witnessing the internationalisation of communication, on the other, reporting is increasingly conducted from the cultural standpoint of individual broadcasters.

At the very latest since the major dispute about the Danish Mohammed cartoons in 2005/06, which went down in history as a turning point in relations between Europe and the Islamic world, these questions have been at the heart of the debate over the role of such media in an international context. After all, this conflict made it quite plain to us just how great the potential for cross-border escalation can be when sensitive issues are tackled without the required cultural understanding and background knowledge. 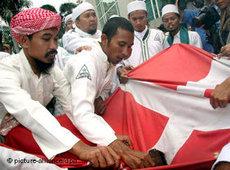 According to Loay Mudhoon, when it came to the Danish Mohammed cartoons "most national and international media stumbled into a dangerous trap", reporting on the matter exclusively from their own perspective

At the time, many media makers and media analysts were surprised by the ferocity of this chain reaction of misunderstandings. They asked themselves how the publication of the Mohammed cartoons could result in such East–West indignation and above all in violent escalation.

The explanation is evident today: most national and international media stumbled into a dangerous trap, because from a western European perspective, this was essentially about defending the right to freedom of expression. Many western media justified the publication of the controversial cartoons with the argument that one must also be allowed to poke fun at the Muslims' religion.

From a Muslim perspective, it soon became clear that many found the pictures to be very offensive and insulting, because in their religion, the figure of the Prophet Mohammed enjoys a holy significance.

Through their almost exclusive adherence to their own cultural context, media in both East and West conducted a one-sided assessment all too quickly, thereby fanning the flames of this avoidable intercultural conflict.

Most international media appear to have learned from these errors. Just three years after this particular media meltdown, they provided mostly objective and balanced reporting on the anti-Islamic film Fitna by the Dutch rightwing populist Geert Wilders. They above all offered their viewers an explanation of the political context in the Netherlands and made it clear that the film was a calculated political provocation by Wilders. For this reason, the film – although considerably more radical and populist than the Mohammed cartoons – did not meet with such vehement protest. 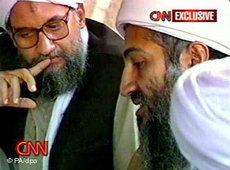 The death of al-Qaeda leader Osama Bin Laden currently presents an historic opportunity to finally draw a line under the era of confrontation and the simple dualism between the "West" and the "Islamic world". In addition, the "Arab Spring" has led to a noticeable rapprochement between Western and Arab media, as both are in principle sympathetic to the Arab democracy movements.

Nevertheless, this relative détente in the macro-political context must not belie the fact that common standards and binding ethical norms remain indispensable for reporting in crisis situations. Arab media in particular would benefit from compulsory guidelines. This is because a professional media culture can have a corrective impact on a media system that may not function entirely satisfactorily.

Media professionals should develop these international standards themselves. This would enhance the (trans) cultural sensitisation of media makers and guarantee the broadest possible acceptance. It would also be desirable to see more vigorous support for sustainable cooperation between western and Muslim media, and the institutionalisation of such cooperation, above all in the form of practical advanced training projects and academic exchange.

Why are predominantly Muslim countries lagging behind when it comes to democracy and human rights? Dutch sociologist Ruud Koopmans uses a lot of figures to underpin his theory ... END_OF_DOCUMENT_TOKEN_TO_BE_REPLACED

The recent escalation of violence in Idlib is also a result of the increasing tensions between Turkey and Russia. The victims are those in Idlib, caught up in a hopeless situation ... END_OF_DOCUMENT_TOKEN_TO_BE_REPLACED

The 2015 Joint Comprehensive Plan of Action with Iran is in jeopardy. European governments should use the JCPOA’s dispute-resolution mechanism both to pursue immediate measures to ... END_OF_DOCUMENT_TOKEN_TO_BE_REPLACED

Many predominantly Muslim countries have penal laws against "blasphemy", "defamation of religion" and "apostasy". In practice they serve as highly effective weapons to settle ... END_OF_DOCUMENT_TOKEN_TO_BE_REPLACED

These days you might be forgiven for wondering whether international relations would be better served by artists than politicians. Iranian Kayhan Kalhor, a bridge builder from the ... END_OF_DOCUMENT_TOKEN_TO_BE_REPLACED

As we digest the details of Donald Trump's Vision for Peace, we need to ask ourselves just one question: does this draft guarantee an Israeli and a Palestinian baby born today ... END_OF_DOCUMENT_TOKEN_TO_BE_REPLACED
Author:
Loay Mudhoon
Date:
Mail:
Send via mail

END_OF_DOCUMENT_TOKEN_TO_BE_REPLACED
Social media
and networks
Subscribe to our
newsletter