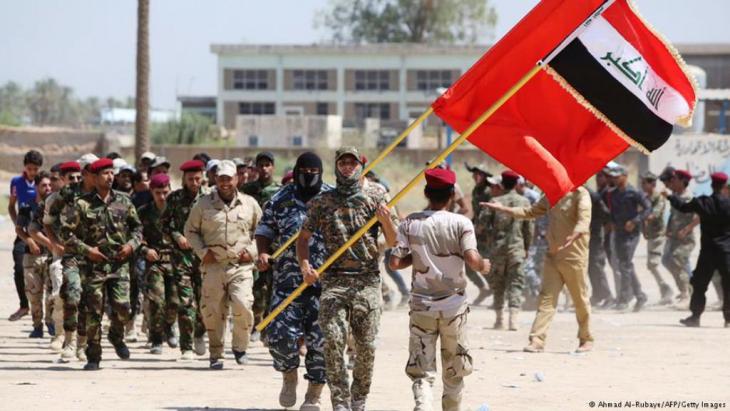 A militia mentality has gripped many Arab states. Today it seems that the regionʹs authoritarian regimes are resorting to methods more commonly associated with gangs and armed clans, says Kuwaiti analyst Shafeeq Ghabra.

These days regimes in the Arab world are increasingly engaging in militia-style operations, which is most evident in the way they eliminate their opponents. They send operatives out to storm their homes, abduct them and hold them captive in unknown locations without any legal basis.

Having secretly seen to the removal of opponents, security forces repeatedly allege that these people were armed and dangerous. But in many cases this does not correspond with the facts. Meanwhile, media and state-controlled trolls and bots on the social networks attack said opponents, critics and intellectuals in a vile, tasteless and racist way.

The defamation of political opponents and dissidents has become part of the official discourse of Arab regimes. They can only remain in power in their present form through repression and manipulation – and by spreading fear.

As a result of this behaviour, many of them have lost every last shred of credibility. This state of affairs is one of the main reasons for the emergence of the "militia mentality" that has eroded government structures in these countries to such an extent that they bear merely a faint resemblance to an actual state.

No state for all citizens 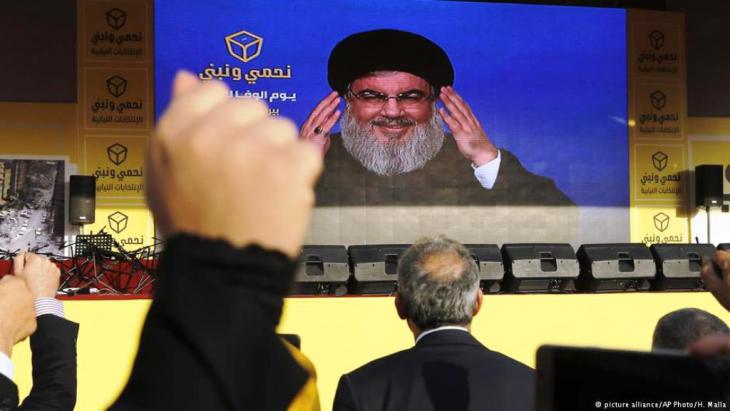 Shift in the Lebanese balance of power favours Hezbollah: the rise of the Shia Islamist organisation is closely linked to the turmoil of the Lebanese civil war and the Israeli occupation. Hezbollah also has a powerful ally in Iran, which shares the same political interests and ideologies

To name just a few examples: the repression in Syria under the Assad regime and the brutal crushing of the revolution are why the revolutionaries began defending themselves with armed force, leading to the formation of various militias.

A look at Iraq shows that the former regime of Saddam Hussein acted in ideological and practical terms like a militia towards all confessions and ethnic groups. This led to the formation of militias among the regime's opponents, later with support from Iran.

The new power elites in Iraq in the post-Saddam era have in turn pursued policies since 2003 that have largely excluded the Sunnis from any political power in the country. This contributed significantly to the emergence of the "IS militia", whose rise and fall brought war and destruction to the region. At the same time, however, armed groups loyal to the regime were also formed, because a state that acts like a militia will encourage imitators not only in the opposition, but also in its own ranks.

Hezbollah as well – itself a tightly organised militia – came into being in a comparable context. The policies of the Lebanese state at first disadvantaged all Shia members of the population in principle, and later the country's Sunni inhabitants.

"The people aren’t ready for democracy" has been the constitutional basis for Arab tyranny, its favourite slogan and its sacred narrative for more than a century. Yet, asks Khaled ... END_OF_DOCUMENT_TOKEN_TO_BE_REPLACED

A new global database shows a significant gap in reported COVID-related deaths, suggesting the actual worldwide death toll is short by at least 1 million. That's due in part to ... END_OF_DOCUMENT_TOKEN_TO_BE_REPLACED

Two decades after the attacks of 11 September 2001, the West faces the shattered debris of its failure – not only in Afghanistan, but also in Iraq, Syria, Libya and Yemen. What ... END_OF_DOCUMENT_TOKEN_TO_BE_REPLACED

The coronavirus pandemic has turned lives upside down all over the world. In the Middle Ages, however, people lived with epidemics all the time. The best and most famous ... END_OF_DOCUMENT_TOKEN_TO_BE_REPLACED

In Ancient Egypt, the pharaohs had "solar boats" built to take them into the afterlife. One of these boats was discovered in 1954. It has now been moved to the Grand Egyptian ... END_OF_DOCUMENT_TOKEN_TO_BE_REPLACED

Attracting little attention from the world at large, Egypt's military regime has been mercilessly going after dissidents. Now, the first executions of prominent members of the ... END_OF_DOCUMENT_TOKEN_TO_BE_REPLACED

Comments for this article: The Middle East's militia mentality

"In order to stop the progressive decline, the Arab states would have to thoroughly rethink and realign their political course towards their opponents and their own citizens." So, you are appealing to the very same dicctatorial states to be saints, instead of referring to the potentiality of the Arab uprisings: what went wrong, what were their limiattions, and what could be done to overthrow the regimes rather than reforming them, as you suggest. Honestly, you are not helping to find real change. You are speaking like a western liberal journalist or a western government official who doesn't want real change, but just some cosmetic reforms that don't upset global capital.

END_OF_DOCUMENT_TOKEN_TO_BE_REPLACED
Social media
and networks
Subscribe to our
newsletter